Following on from my previous Dracula project, I wanted to continue to recycle the old plasticine and sculpt a new character. This time including another secondary character with more props and costumes.

Back in 1990, I drew a pencil sketch of an imagined combination of the TV sleuth Campion and Dr Who both played by the actor Peter Davison. Campion also has a loyal manservant called Lugg played by Brian Glover but I imagined him transferred to the ‘Dr Who’ universe as a Sontaron alien called Slugg!

Thus they become ‘Hampion and Slugg’ with the joke being that Peter Davison is being a bit of a ‘ham’ actor. No offence was meant! 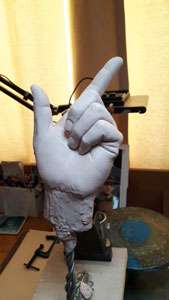 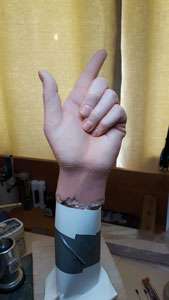 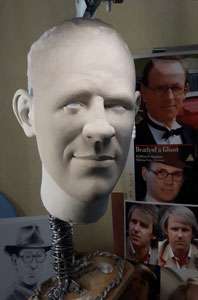 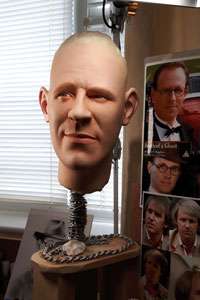 I admit, that the Peter Davison likeness is not exact and I think perhaps it helps to know both TV series to get the joke but hopefully you can appreciate the sculpts anyway.

I used plasticine to sculpt the faces and pointing hand and then card, fabric and plastic to make the clothes and glasses. I then photographed the models outside on a sunny day, to try and create a different, lighter atmosphere as opposed to the previous very dark and dusty interior of Dracula’s castle library.

So Dracula has become Campion…I wonder who will be next?!