Birders are listless again when the bells sound out at midnight on a New Year’s Eve.

Many have kept a list of every bird they have seen over the preceding year, just for fun. In time they build up a useful record of birds in their garden, local area or ‘patch’, county, and country.

Some will have enjoyed hundreds of species over the preceding 12 months, while ‘world listers’ may have clocked up thousands. For those who want it the listing game can be very competitive too – but you can set your own boundaries.

I’ve known birders set up lists for birds heard or seen in TV programmes. This can lead to some interesting observations. Poldark, for instance, was alive along the cliffs with calling European Bee-eaters that just shouldn’t have been there – and weren’t. They were, wrongly, dubbed in later.

Collared Doves have often been heard cooing in period dramas – over 100 years before they first turned up in the UK. They only first bred in this area in 1960 – at Shamley Green – after expanding their range westwards into Britain for the first time in the 1950s.

And then we were once treated to a calling Eurasian Scops Owl, the unexpected star in a space science fiction series. The ‘crew’ were meant to be on another planet at the time.

The BBC got some anxious phone calls from birders – not over the mistake – but to find out where the filming had been done and how long ago. Everyone hoped they’d hear it was Britain and that the bird would still be there. Unfortunately the episode was filmed in a continental quarry.

Other birders I know make lists of what they see from their desk at work, from trains, even from the bog – no, not the wildlife haven, the toilet. Oh well, passes the time if you’ve not got a frosty window. 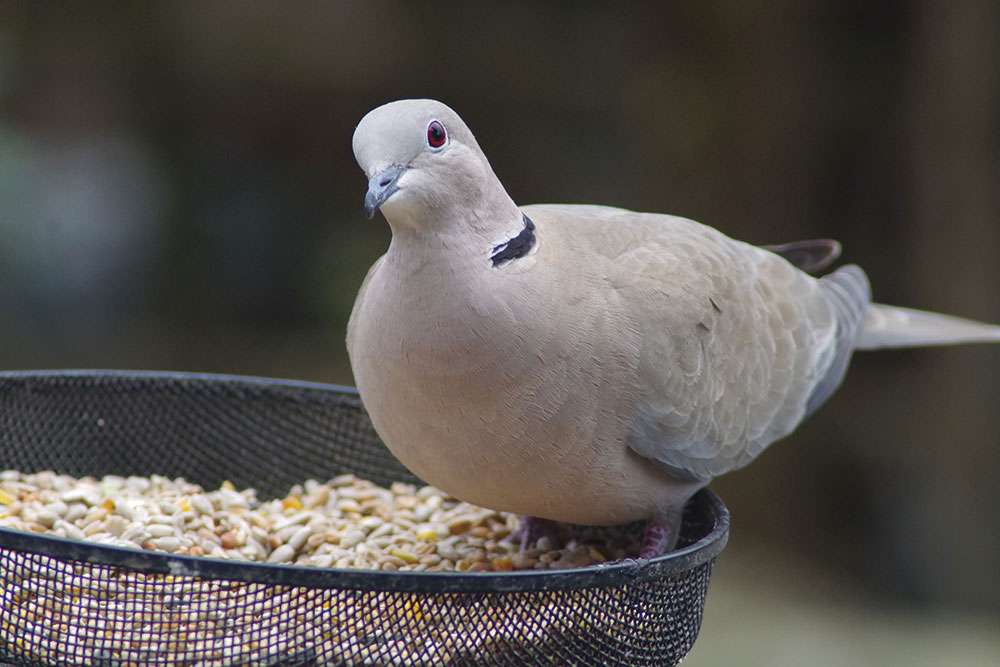 But come the start of a new year and all these year lists are history and it’s time to start again.

Many birders aim to get their year list off to a good start by going somewhere special but it should be possible to see 20 species or more on the first day of the year around here by observing birds flying over and in your garden.

For most years the first bird on my list is the Robin, with Song Thrush, Wood Pigeon, Crow, Goldfinch, Blue Tit, Great Tit, Wren, House Sparrow and Starling not far behind.

I’ve produced a list below of the Top 50 birds I think you will be most likely to see or hear in 2017 from the average Cranleigh garden, and roughly in the likely order if you start listening while it is still dark on 1 January.

It is based on many years of my own observations in the village and adjusted for recent population changes. There is also a bias in favour of those of you who feed the birds.

Tick them off as you go through the year, together with the date. But keep your eyes peeled. 2017 could throw up some surprises! Let me know how you get on. 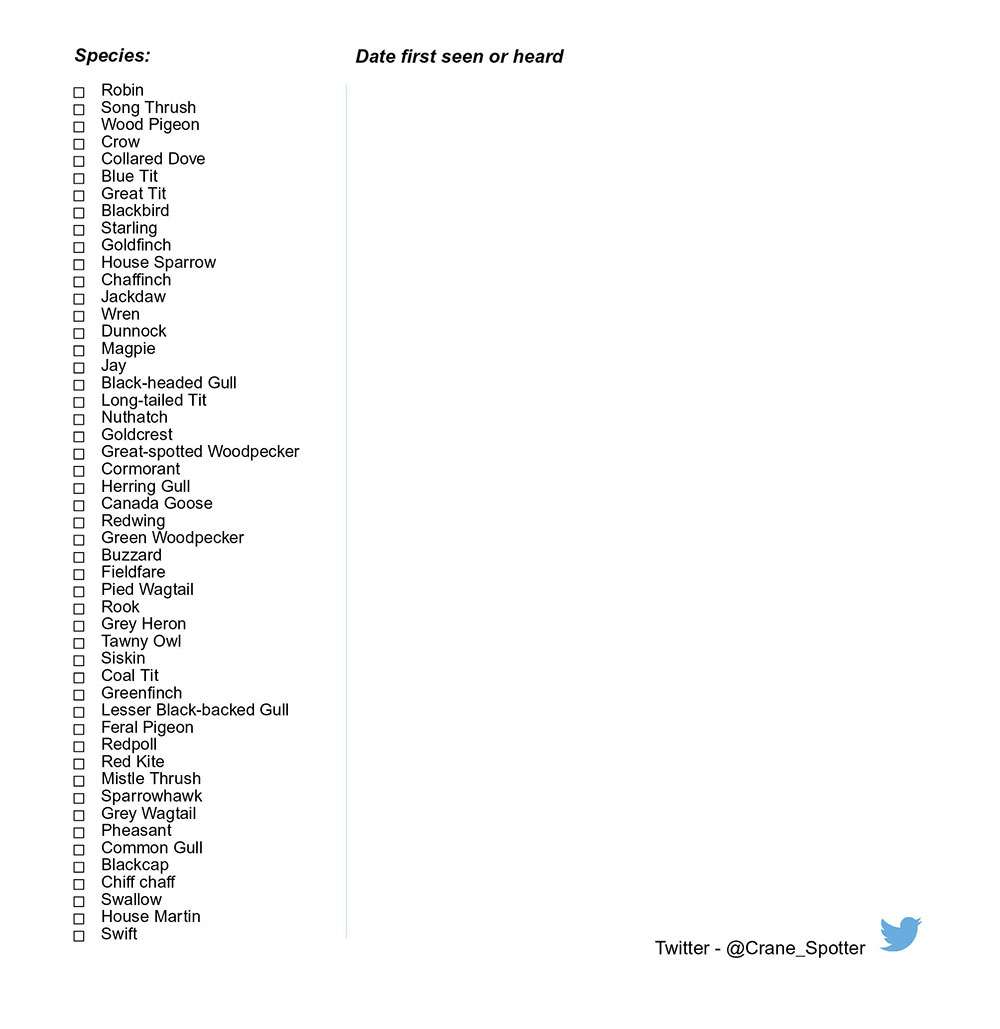