Films for July 2018 in the Cranleigh area

The Shape of Water (Thursday July 12) stars Sally Hawkins in a beauty and beast modern retelling in which a cleaner in a secret military research establishment falls in love with a creature which combines human and amphibian features. We observe the unfeeling behaviour of the scientists which brings home the truth that alien life in the view of our rulers must always be subordinated to the perceived good of the state. A strange, strong fable for our time. 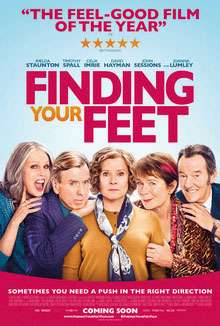 Finding Your Feet (Thursday July 19) is an ideal film for the mid summer escapist mood. Set in London, about people in their 60s and 70s it has a popular cast of British performers as you would expect in a “Marigold Hotel” type of yarn. Imelda Staunton plays a snooty mansion inhabitant who finds he husband has been cheating on her with her best friend. She leaves to join her free spirit sister played by Celia Imre who introduces her to pot smoking Timothy Spall. They join a dance class where Staunton and Spall becoming partners. You can guess the rest of this enjoyable diversion.

I Tonya (Thursday July 26) is a story based on the infamous physical attack on Nancy Kerrigan the champion US ice skater, at the 1994 winter Olympics in Lillehammer, by a supporter of her rival Tonya Harding. This films is focused on the working class Harding , played brilliantly by Margot Robbie, her abusive mother played by Allison Jenney (who was Oscar nominated) and the low life types who plotted with her husband to damage Kerrigan. Kerrigan, the victim hardly gets a look in this slanted version of what happened. Another very enjoyable film for the summer.

Battle of the Sexes (Thursday July 5). Based on the true story of the 1973 tennis match between ladies champion Billy Jean King and veteran player, self confessed male chauvinist, Bobby Rigg to settle superiority between the sexes. It settled little but involved the start of equal pay for top tennis players and raised the profiles of both contenders. We also witness the development of Billy Jean’s relationship with another woman, acted by Emma Stone.

Darkest Hour (Sunday July 15) stars Gary Oldman as Winston Churchill at the start of World War II. He deservedly won the best actor Oscar, as well as the BAFTA and Golden Globe, for this impersonation of the great man. He had to convince his cabinet colleagues, parliament, the king and the nation to stand up against the might of the Nazi forces rolling across Europe. That we are free to decide whether we want to be part of the Europe we helped to liberate is largely due to the strong will and tenacity of this most famous of British leaders. He wanted a united Europe to stand up against Russia.

Helpful information on the Cranleigh Arts Centre and Shere Village Cinema is on their websites.

Back Running On . . .
Next Wild Facelift for Fundraising Elephant!
Related Articles
No Comments