Films for May 2018 in the Cranleigh area

Cranleigh Arts Centre is starting its film programme in May on Friday the 4th with Call Me By Your Name which was selected by Pete Bradshaw as the number one film of 2017. It is directed by Luca Guadagnino who previously gave us I Am Love and A Bigger Splash. The story takes place in the early 1980s combining sensuality and the love of art. Armie Hammer plays a handsome American antiquities researcher helping an Italian professor. During a beautifully languid summer a love affair develops between him and the teenage son, played with great sensitivity by Timothee Chalamet, despite both also enjoying heterosexual encounters. The father’s wisdom and tolerance are wonderfully conveyed by actor Michael Stuhlberg. James Ivory’s adaptation of
the novel won the Oscar. This film must not be missed. The Arts Centre’s next film (Saturday 12 May) Murder On The Orient Express we reviewed last month for its April showing at Shere Cinema. It will be shown twice, at 2.00pm and 8.00pm; an enjoyable retelling of a familiar story with many stars in cameo roles. Battle of the Sexes follows (Thursday 17 May). Mark Kermode said in his review that this film is distinguished for achieving the quadruple grand slam of being emotionally engaging, politically intriguing, dramatically gripping and frequently very funny. The time is 1973 when Billy Jean King took up the challenge of self proclaimed male chauvinist Bobby Rigg, for a match to prove superiority. Emma Stone and Steve Carrol are on top form as the duo. The story also covers Billy Jean finding love with Marilyn Barnett her hairdresser, played by Andrea Riseborough. The Greatest Showman (Thursday 24 May) has Hugh Jackman playing the great impresario Phineas T Barnum as though born to the part. The story of this showman may not have been quite as in this musical extravaganza – an entrepreneur, an idealist, a dreamer, a family man and a champion for diversity. He made a fortune from colourful low brow attractions but longed to promote high culture. Jackman looks good, sings well and carries it along with muscular charm. Michelle Williams plays his wife with her usual grace. Three Billboards Outside Ebbing Missouri ends the Arts Centre’s May film programme (Wednesday 30). It deservedly won the Best Film Oscar. Martin McDonagh the writer/director offers his trademark black humour in a very serious story about a mother seeking justice for the murder of her daughter. Frances McDormand won the Oscar for best actress. 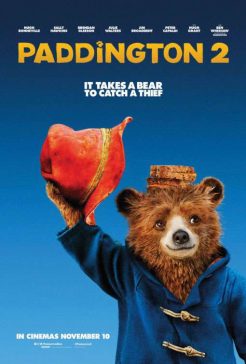 Shere Cinema is showing Paddington 2 on Thursday 3rd May, which delightful film was reviewed last month for the Arts Centre showing. On Sunday 20 May Shere will screen Breathe, a biopic concerning a 28 year old man who is struck down by polio. His incredible battle to survive with the help of a doctor, an inventor and friends is played with enough class by a great cast (Andrew Garfield, Claire Foy, Hugh Bonneville, Tom Hollander) to avoid extreme sentimentality.

Cranleigh Film Club is closing the local feast of films in May with The Golden Dream on Thursday 31. The director is Diego Quemada-Diez who worked with Ken Loach on Land and Freedom. The story concerns teenagers making their way from Guatemala to the USA. We follow their perilous journey, during which they are robbed and beaten by the authorities and thugs. This is a microcosm of a much larger tragedy which is taking place all the time among asylum seekers for economic or safety reasons- an important and very moving film for today.