Home » Education » Joy of Cranleigh – What was happening in Cranleigh in January 1918?
0

Joy of Cranleigh – What was happening in Cranleigh in January 1918?

By the end of 1917, the German U-boats’ attacks in the Atlantic on ships bringing food to Britain had resulted in acute shortages. At the Guildford cattle market on Tuesday 1st January, there were only 39 beasts for sale, fewer than the would-be purchasers. The animals were distributed by ballot and many butchers were unable to buy any meat.

It had already become a criminal offence to throw rice at weddings, to feed stray dogs and to use starch in laundries. However, these measures and the many pleas to ‘Eat Less bread’, ‘Eat Slowly: You Will Need Less Food’ and to exercise voluntary restraint were no longer sufficient. Food queues had become a regular feature of life, and people were becoming restive.

So the government took the unprecedented step of introducing compulsory national food rationing, rolling it out by stages throughout the country. Sugar, meat, butter and margarine were the first items to be rationed in London and Home Counties. In January ration books were distributed, and people had to register with their choice of butcher or grocer, and then remain with that supplier. 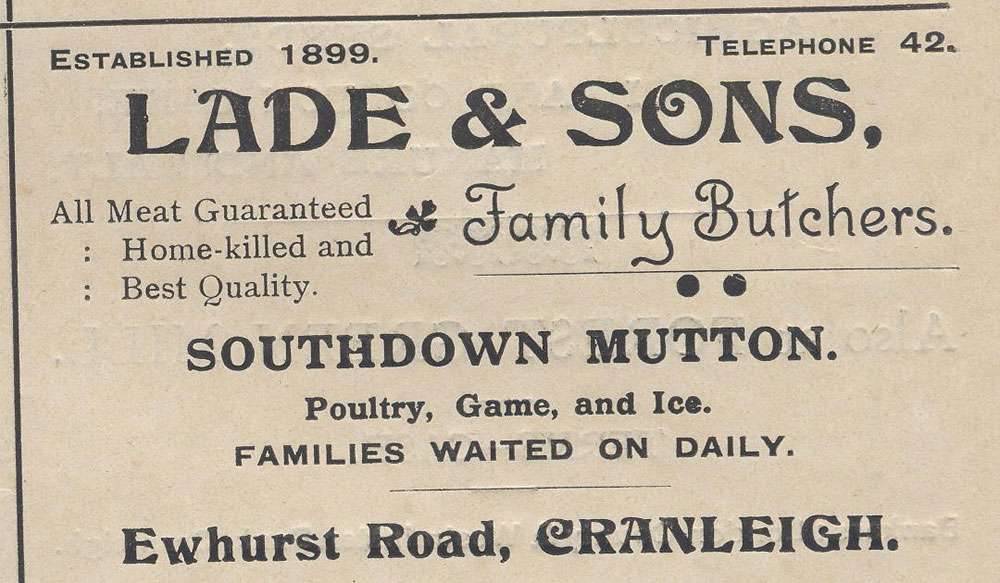 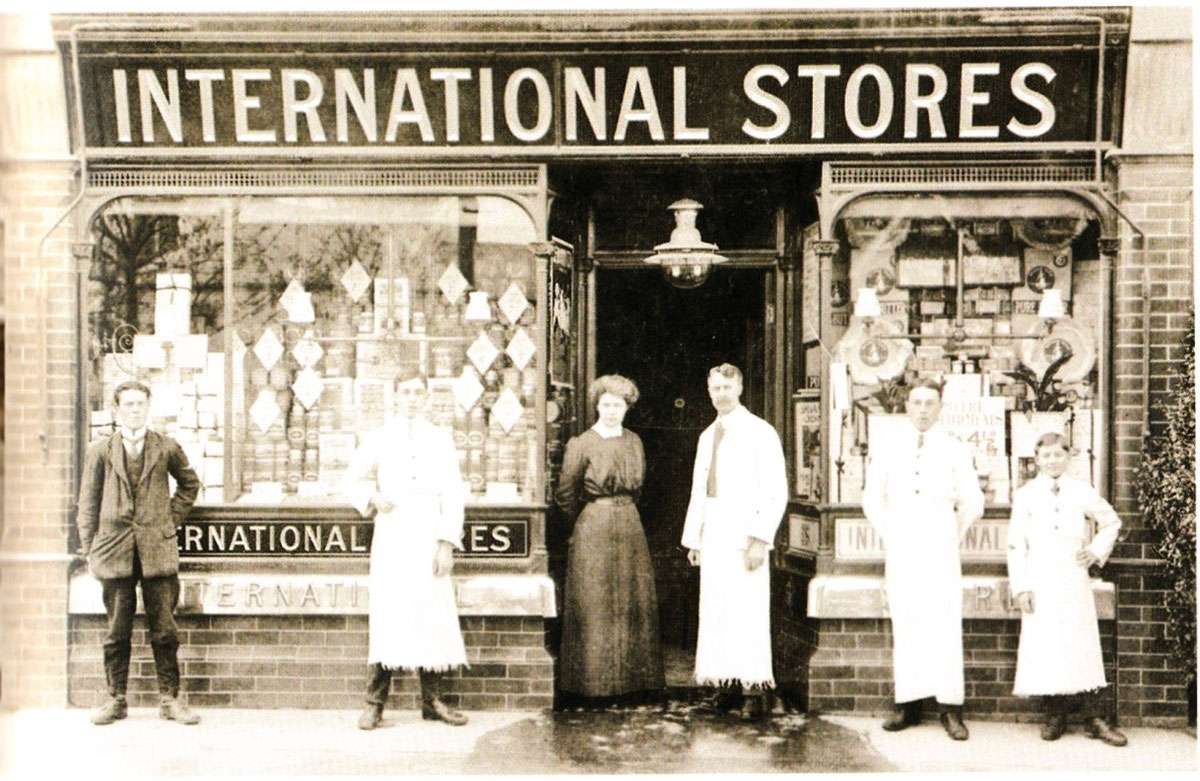 International Stores (now the Curry Inn) in the early 20th century. Most of the men would have left the shop for the armed forces by 1918 (postcard courtesy of Michael Miller).

The system took some getting used to, for both shop-keepers and customers. Rationing was to come into force on Feb. 25th. The weekly rations per person were 15oz of beef, mutton, lamb or pork, 5oz of bacon, 4oz of butter, margarine or lard, and 8oz of sugar. Newspapers and magazines contained many articles on making the most of one’s ration, and suggesting unusual sources of food to supplement it, such as sorrel, young dandelion leaves and nettles. May Byron, who published The Great War Cook Book in 1918, offered a recipe for Carrot Marmalade, using carrots, lemons and some sugar. The press also reported that King George and Queen Mary had received their ration cards, and published a photo of the queen’s meat card, signed ‘Mary R’.

The Surrey Advertiser commented: the ‘new rationing scheme will be generally welcomed, and it is to be hoped that it will mean the disappearance of the queues which have caused so much trouble and anxiety’. 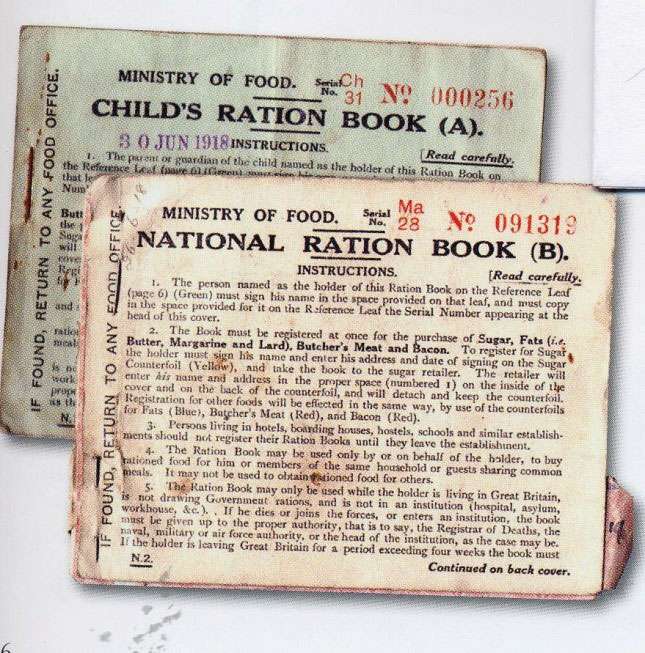 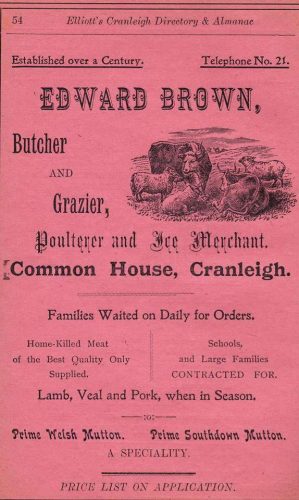 Brown’s butchers by the cricket pitch: their advert in the Cranleigh Directory of 1910 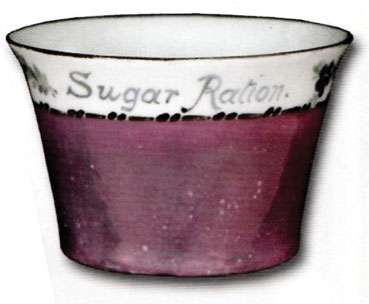 An enterprising manufacturer produced this sugar bowl in 1918, with the ration level marked

The Cranleigh History Society meets on the 2nd Thursday of each month at 8.00pm in the Band Room. The next meeting will be on Thursday 11th January, when Michael Miller will speak on ‘From the archives’. It will be preceded by the Annual General Meeting at 7.30.

Back A Change of Palette
Next Crane Spotter – January 2018 – Hawfinch hordes hit the hills!
Related Articles
No Comments