THE MAN WHO SHOOTS BADGERS

A few months ago, I was in the Cranleigh Co-op, unable to find what I was looking for, writes George Trolley. I was obviously looking a bit lost because a kindly member of staff approached me and asked if he could help. He quickly pointed me in the right direction and I thanked him and continued my shopping.
Over the weeks, I met this friendly Co-op staff member several times during my visits to the supermarket. We got to know one another a bit more, usually saying ‘hello’ each time we met, as you do in Cranleigh, being – as it is – such a very friendly place to live and work. His name is Neil Longhurst, the Co-op team manager, and as we chatted further, he told me about his interest in wildlife photography.

Having lived in Cranleigh all his life, Neil first became interested in wildlife and photography around the age of eighteen. He realised how lucky he was to live in this beautiful part of Surrey – home to a wealth of wildlife in so much stunning countryside. As his interests began to develop, it seemed a logical progression that the two combine. Neil also has two daughters who evidently share his passion for animals and photography. His eldest, Amber (24) studied Photographic Arts at Westminster University, while his younger daughter, Chelsea (21) loves nothing more than going hacking in the Surrey countryside with her horse. Locally, Neil is known as the ‘Badger Boy’, for his passion for photographing local badgers. He is proud to have caught hundreds of great images of the animals in and around the village. Beyond the badgers, Neil has travelled further afield, photographing wildlife on the Farne Islands, Bass Rock and Skomer Island, where he captured puffins, otters, dolphins and gannets. Twenty of the photographs from these trips have been chosen by RSPB marine biologist, Euan Dunn, for his book on puffins (Neil’s favourite bird!).

His work has also been featured in the RSPB Magazine and Amateur Photographer. You can see more of Neil’s work by visiting his website: https://www.flickr.com/neillonghurst. Alternatively pop down to Cranleigh Pet Supplies on the high street, where a selection of Neil’s framed prints are currently being exhibited. While Neil’s photography is currently a parttime passion, he would love to develop it into a full-time career, and to share his love with the world. That’s why he loves to give talks at local Surrey schools and wildlife groups, and has judged a number of photographic competitions. If you’re interested in booking Neil in for a talk or lesson on wildlife photography, drop him an email on . 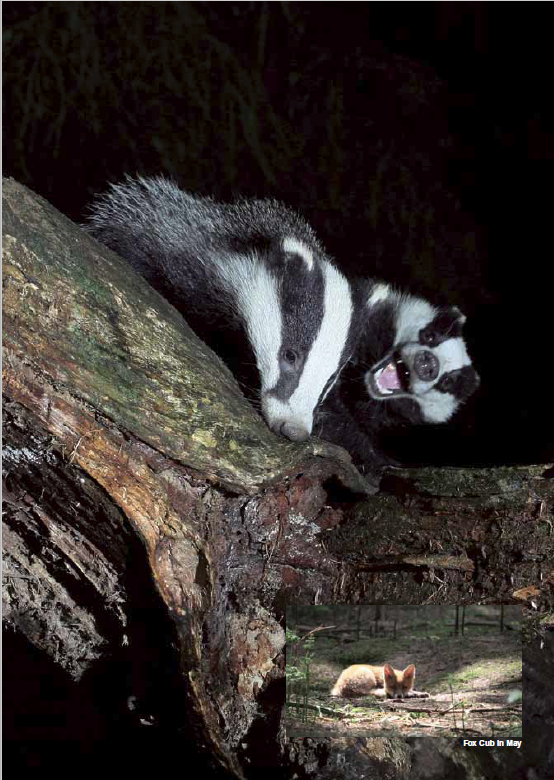 Back Cranleigh Rotary Club
Next December it is Cold Outside!
Related Articles
No Comments