Home » Education » The Importance of Imagination in Creative Play
0

The Importance of Imagination in Creative Play

Imaginative, creative play and make-believe are the cornerstones of good Early Years education and link to the prime areas of communication and language, physical development, and personal, social and emotional development. To learn effectively, young children need to play in order to have fun, make friends and to understand the world around them. The process of pretending is an intrinsic part of the way Farlington’s Reception Teacher, Ruth Thomas, and Nursery Manager, Fran Mash, structure the girls’ educational progression.

In being assigned and accepting different roles and then acting them out, this type of play practises both verbal and non-verbal communication skills. When children group together and practice imaginary play, they negotiate roles and mutually agree different terms. This helps young children develop the skills they need to socialise and cooperate with their peers.

“Currently the role play corner at Farlington Nursery is structured around this term’s them of ‘people who help us’”, said Fran Mash.” Through role play the children are challenging themselves, developing communication skills and their imaginations. Children recreate scenes they have built up in their heads and practise solving problems that are often part of these pretend scenarios. In observing, discovering and carrying out deductive reasoning, pretend play is critical for cognitive skills and helping children build the ability to solve problems and draw their own conclusions.”

In the Elf Workshop in Reception the girls could purchase toys and gift wrap them. By engaging them in this world of make-believe, they utilised their skills with money, selected materials for wrapping and developed their fine motor skills using scissors. As they grow, their ability to imagine exerts greater influence on the nature of their play. Their play becomes increasingly complex and the narratives which are created include more characters and episodes. 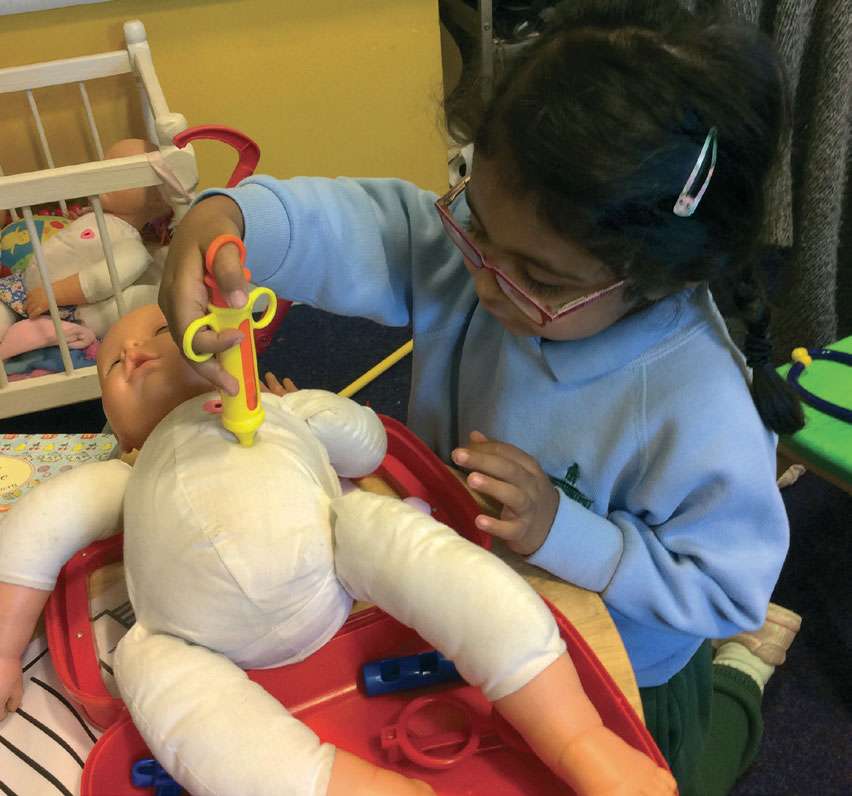 In the small world play area which was set up for ‘Going on a Bear Hunt’, the children used the characters and props to develop their own story. They developed their own narrative to focus on
the frogs in the ‘swishy, swashy grass’, away from the ‘splishy, splashy river’ and involved other friends in the story telling. This small world play allows them to enter and leave a fictional world at will and gives them control over their play. By altering the story, they are making it their own and developing the ability to ‘magpie’ ideas. “This storytelling is helping them to develop vocabulary
and put sentences together, before writing can be taught. They derive confidence in organising their play and being assertive in driving the play forward, whilst building an awareness of the feelings and needs of others,” commented Ruth Thomas.

“Using fictional plots and characters can provide purposeful learning for children, especially in reading and writing. This can give a ‘wow’ starter for the children and help them engage with learning across the curriculum,” said Ruth Thomas. “In Reception, work was structured around the character of Patrick the Penguin from the ‘Lost and Found’ book. The children ‘found’ Patrick and had to devise a way of getting him back to the South Pole. This led them to thinking how they could help him and how they could ask others for help. By guiding them to the idea of making a poster, the children believed they were in control of their activity. They were communicating for a reason – to help Patrick – not just to write words in a book for the sake of it. They wanted to label a poster which would help him because it had a purpose. Purposeful learning, with the use of a book and the children’s imaginations, allows for differentiation. It can motivate pupils who find certain areas of learning daunting and extend the creativity and independence of other pupils.” 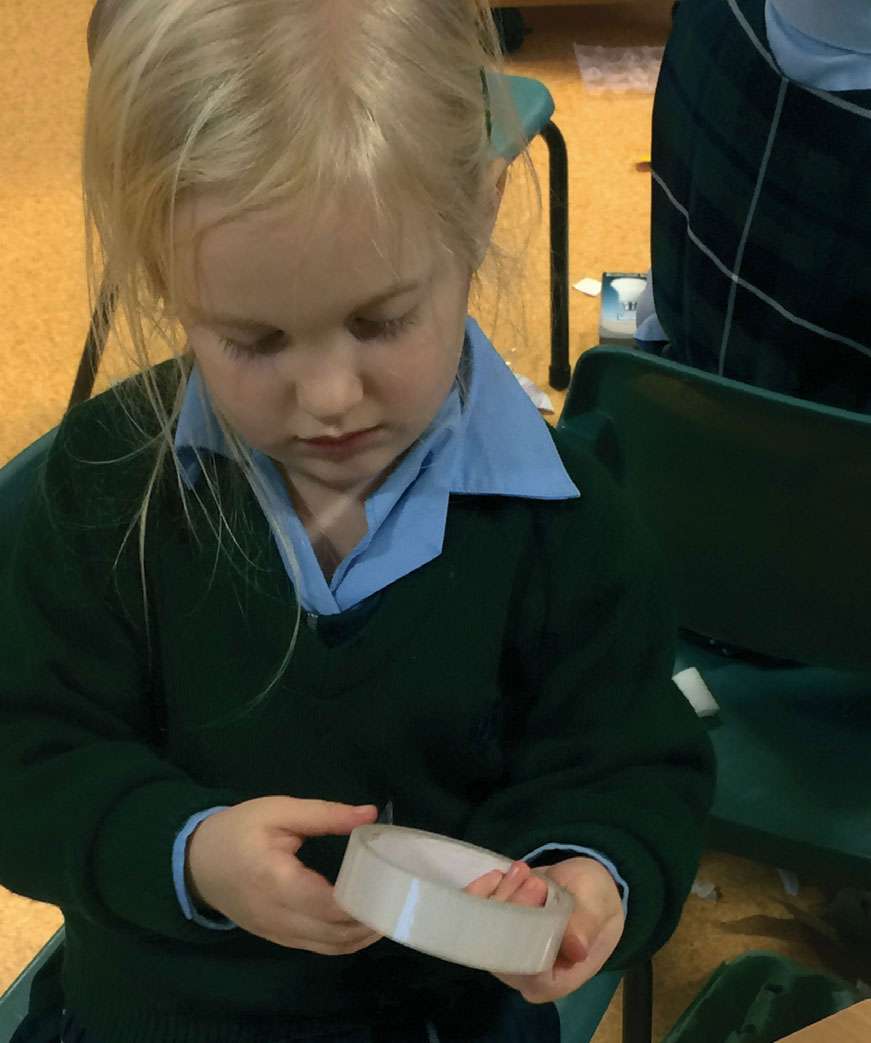 In the Nursery, the children make homes for toy animals through junk modelling. “While they may not on the surface look as though they are learning, they are showing care for (imaginary) living things as they choose materials for warmth and food. It is making them question and make decisions; by choosing how to stick materials together they are problem solving and taking ownership of their choices whilst learning from their mistakes. This builds the skills they need as they go through their school life: resilience, team work and problem solving,” commented Fran Mash.

Language development runs through all dramatic play activities. Talking and listening skills developed through play form the narratives which are the basis of reading and writing. In role play situations children can experiment with the language they have acquired as well as new vocabulary they are introduced to in school. This process helps a child to make the connection between spoken and written language — a skill that will later help them learn to read.
This is why it is so important in the Early Years setting that practitioners should plan for children’s creative play by creating high quality learning environments and allowing children thee to develop their play. Children need the freedom to explore and develop their ideas using their imaginations, where the emphasis is not on an over-prescriptive result.