Yes, he’s back. A year and a half since his last tour Peak Bullsh*t, household name and nonsense-nailer Andy Parsons is back on the road with HEALING THE NATION – and Andy is confident that playing to a whole host of theatres across the UK will undoubtedly mend the myriad divisions this country faces. 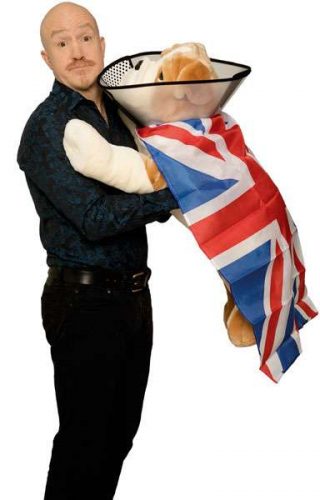 As seen on Mock the Week, Live at the Apollo, Q.I. etc. – and repeated on Dave. As also seen on BBC’s Question Time, The Daily Politics, This Week and Newsnight. In the last year, Andy has hosted People’s Vote rallies at the Electric Ballroom, Central Hall Westminster and in Parliament Square to over 100,000 people as well as fronting Independent Age’s latest Campaign Against Loneliness.

Since being a writer on the legendary Spitting Image, Andy won the Time Out Comedy Award in 2002 and has performed stand-up all over the world. To date he has done five sell-out national tours and released the DVDs Britain’s Got Idiots, Gruntled, Slacktivist and Live & Unleashed – But Naturally Cautious. He was also responsible for the Slacktivist Action Group podcast, which played host to a wide range of MPs, journalists and comedians. The show rocks up at Cranleigh Arts Centre on Friday, 13th September 2019 at 8:00pm

Back SMART Cranleigh – Skilling up the Ecosystem
Next Exercise with Parkinson’s: An Addition to Medication
Related Articles
No Comments