I was dreaming of a white Christmas as I began scanning the skies for ducks that day in deep mid-winter.

This month, on 22 December, it will be exactly 20 years ago. And not a moment I’m likely to forget. Suddenly there it was. I could hardly believe my eyes to see a most unexpected large white ‘decoration’ perched atop a 10-metre-high alder some 200 metres away.

I was so surprised I spoke aloud to myself: ‘Good grief – a Great White Egret!’

At the time this was a species I had only seen once before – a summer plumage individual (Britain’s 32nd) 12 years’ previously at Horsey, in Norfolk. I knew I wasn’t meant to be seeing one in Surrey in winter – but there it was. I felt like going crackers with elation but there was, frustratingly, no-one with me to share the moment. History was being made. This was the first ever county record – but would anyone believe me?

Two decades ago most of us didn’t have mobile phones to alert birding friends about our sightings and digital cameras were even scarcer than Egrets. We had to rely much more on obtaining a decent description. The light was fading as my excited shaky hand scribbled in my notebook. Big, white all over, a massive orange bill, black legs. I crept nearer for a more complete view – and only succeeded in disturbing several hundreds of Wood Pigeons. They must have scared off the rarity because when I looked up at where it had been perched the tree was birdless.

Fortunately, I soon relocated it alongside three similar sized Grey Herons for comparison. Now at 60 metres I could confirm I was not dreaming. But after another five minutes – to my horror – it suddenly stretched, flapped its wings, and gracefully flew off high to the north at a 45-degree angle.

Dawn next day saw me and a few hopeful friends making an initially half-hearted check of the area in case the bird had returned. We were pleasantly surprised to find my ‘Christmas present’ roosting nearby. 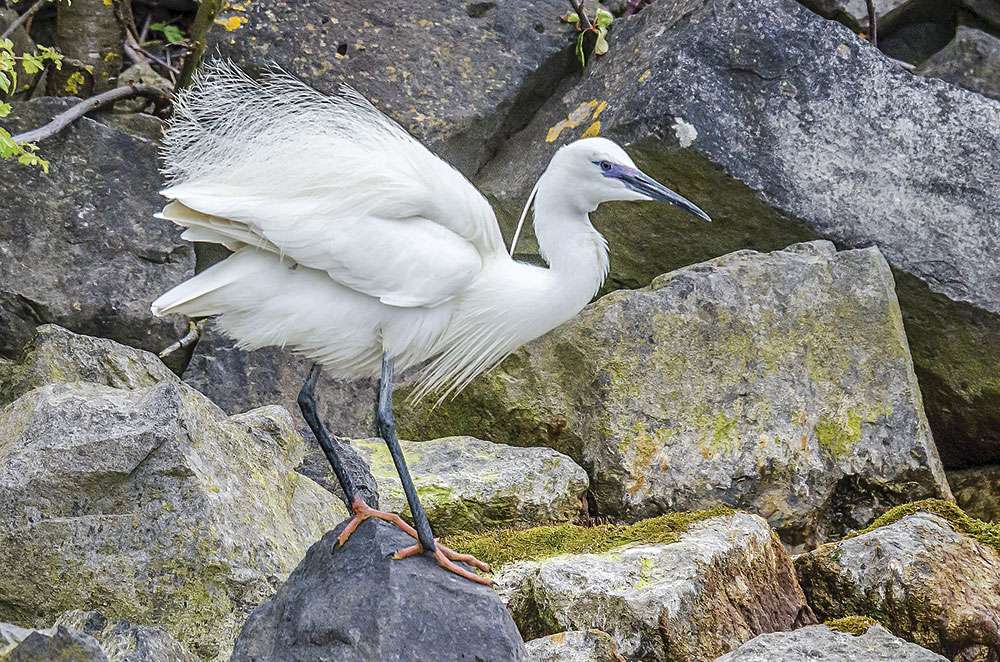 We watched it for 25 minutes before it flew off strongly, again high to the north. Of course, they went home delighted at being able to share in this historic discovery. I and others spent much of the
day checking nearby fields and streams, to no avail. The bird was sadly not seen again, much to the disappointment of many.

It had spent most of its time just hunched up in trees and appeared nervous to any movement from other birds in the vicinity. Occasionally it stretched up high, revealing its very long neck, and held its bill almost vertical. Two or three times it flapped its wings for balance as it moved around the branches. Grey Herons sat bored-looking and motionless but the Egret was always alert and jittery.

This turned out to be the 98th Great White Egret for Britain in a year bringing several sightings. Since then there have been around 50 more of these birds seen in Surrey and it has lost its big rarity status. It successfully nested for the first time in Britain in 2012, in Somerset, and last winter in Dungeness I had as many as 15 coming to roost one evening. Birds are like the buses we wait for outside our Sainsbury’s. Nothing for seemingly years and then the spell is broken and more arrive in quick succession.

We are long overdue a second Great White Egret in Cranleigh, but we are getting increasing numbers of its little cousin, the Little Egret. This is justslightly more than half its size and first showed up here in January 2000, flying over a house in the Ewhurst Road.

I dared to dream of another white Christmas and was duly blessed to see my first one in the village on a couple of days in the festive season of the following year. 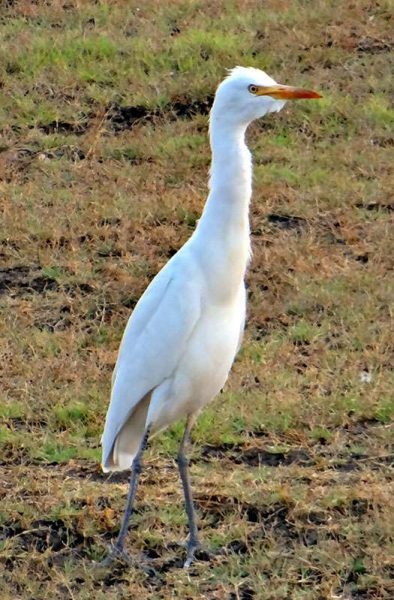 Not so long ago the Little Egret was a national rarity and birders would travel miles to see one. Now you don’t need to. Range expansion, fuelled no doubt by global warming, encouraged its first British nesting in 1996, in Dorset. Last year it bred in Surrey for the first time, not far from here.

Look out for this small white heron, with a black bill, black legs – and white plumes when breeding – alongside Cranleigh’s streams and ditches. Cranleigh Common, Cranleigh Waters, the Horsham
Road and Knowle Park have all had records, although house building work near the latter site is a growing threat. If you are close enough you should see its distinctive bright yellow feet.

So, this time of year I’m dreaming of those white Christmases past – and one I hope that is still to come. We’ve never had a Cattle Egret here yet, but this former rarity first bred in Britain in 2008, in Somerset, and there are now half a dozen Surrey records. I saw the first for the county in 2001. The second one was last December so I’m entitled to be optimistic!

These are the birds you see on the backs of cattle in numerous African wildlife documentaries. They are the smallest Egret of the trio and have shorter legs and bills that are dark in juveniles and orange in summer, when flaming plumage bursts forth on the crown, breast and mantle.

I check any daytime Barn Owls I see (they fly a bit like one) and watch out for them wherever I see cows. There aren’t so many cattle these days around here – which could make finding a wandering Cattle Egret much easier.

Dream on and have a Merry Christmas!

Back Joy of Cranleigh – What was happening in Cranleigh in December 1917?
Next Book Review – An Almost Perfect Christmas – Nina Stibbe
Related Articles
No Comments