Home » Education » Joy of Cranleigh – What was happening in Cranleigh in December 1917?
0

Joy of Cranleigh – What was happening in Cranleigh in December 1917?

In 1917 the Balls family lived at no. 7 Elmbridge Road. It was then known as ‘Jessamine Cottage’. Jonathan Balls was a gardener. The family were active members of the Wesleyan Methodist church. Here they became good friends of Charles and Annie Crick, who had come to Cranleigh from Northants with their son Rennie to open a shoe shop in the High Street. Fifteen-year-old Nellie Balls worked as an assistant in the shop, on a wage of 4s 6d a week.

Among the Christmas cards the Balls family received was a special one from Rennie Crick. Rennie was in the Royal Army Medical Corps, and his 34th Field Ambulance formed part of the 11th Division of the British Army, which was composed mainly of regiments from the North of England. This explains the caption of the card: ‘By gum! Ol’ Father Christmas!!!’ 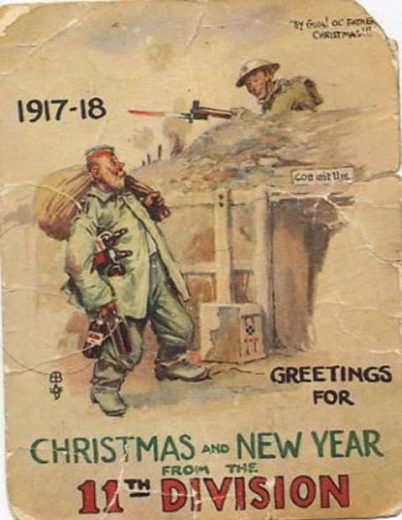 A tragic event overshadowed Christmas for the Forehead family of Abinger Hammer, whose sixteen- year-old daughter, Lottie, was in service at Snoxall in Cranleigh (between the Downs Link and Knowle Lane), home of Mr and Mrs John Theobald. On Monday December 10th Lottie, a ‘betweenmaid’, was lighting the fire, when ‘her clothing became ignited’. She was taken to the Village Hospital with serious burns. At first she was thought to be ‘going on satisfactorily’, but sadly she died on Friday December 28th.

Further details came out at the inquest held at the Lady Peek Institute (more recently ‘Bullimore’s’ next to St Nicolas church). Lottie’s father was present to hear about the accident. Caroline Manfield, 62, the cook at Snoxall, was in the smoking room outside the kitchen about 7.00am when Lottie came running to her, then ran back to the front hall upstairs. She burst into Mr Theobald’s room all in flames. He got the hearth-rug and put out the flames, except in one place, which he beat out with his hands. The doctor was telephoned for at once. Dr Alexander Walker came from ‘East Gables’ on the Common, and said that Lottie had ‘severe burns on the buttocks, thighs, legs and back’. The cause of death was ‘exhaustion from burns’. ‘The grate was an ordinary Eagle range,’ Mr John Theobald said. The foreman of the jury, Mr Arthur Parsons, delivered the verdict in accordance with the medical evidence. 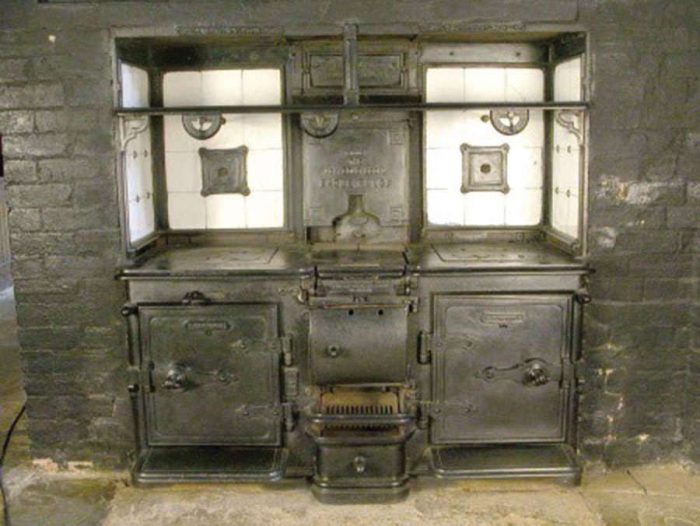 There was plenty of Christmas cheer at Oaklands Red Cross Hospital in Knowle Lane. A tree and plenty of festive fare were donated, with 2,000 cigarettes, ‘provided by the infants of Cranleigh School’ (the Village School). Choir boys and Sunday School girls from St Andrews church brought gifts of fruit and nuts in ‘prettily-decorated baskets’ and sang carols. Men from a wide variety of regiments signed the Quartermaster’s book of mementoes, including the Royal Scots Greys, Royal Army Medical Corps, Royal Field Artillery, Seaforth Highlanders, Royal Garrison Artillery, East Kent and Royal Engineers. 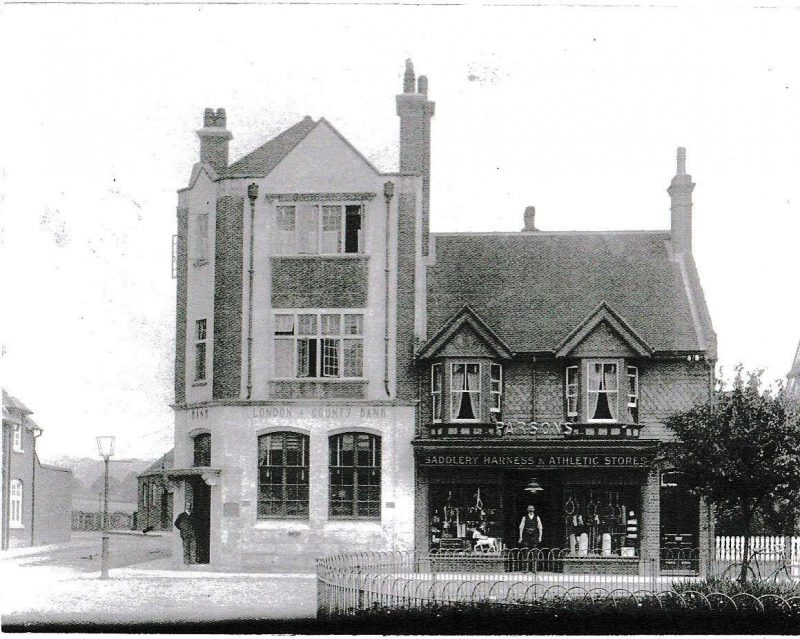 The saddlery shop of Arthur Parsons, foreman of the jury at Lottie Forehead’s inquest (courtesy of Mrs Vera Wilkinson). Maybe it is him standing outside?

Finally, a snapshot of Christmas on the Western Front. Rennie Crick from Cranleigh had just been moved to Béthune in northern France, which he described in his diary as ‘a big town, like Guildford’. On Christmas Day he enjoyed a ‘fine dinner and tea, and plenty of fun’, followed by a ‘heavy snowstorm at night’. On December 29th ‘the Divisional Pierrots gave a show at our hospital. Grand!’ And on New Year’s Eve, there was ‘a concert at night. Fine!’ However, the same night, ‘Got bombed and a girl was killed.’

There was a sinister development in the war. Russia, following the Bolshevik Revolution, signed an Armistice with Germany on December 15th. This meant that Germany was now free to concentrate its efforts on the Western Front. As the year 1917 closed, the outcome of the war was very much in doubt. 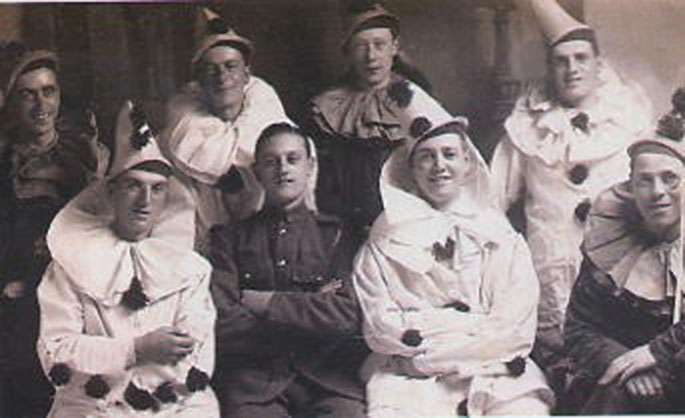