‘Wren (Troglodytes troglodytes): singing like it is four times bigger’

The variety of shops run by much-loved local entrepreneurs in Cranleigh has tailed off in recent years as costs prove increasingly unaffordable.

Nationally known chain stores have moved in alongside a High Street now notable for its plethora of charity shops, coffee-supping outlets, and vacant premises.

Change is constant – and it’s the same with our birds too. Many have been forced out to make way for more of us.

Once local specialist varieties are no longer here due to some complex reasons including altered farming practices, illegal killing while migrating abroad, and environmental factors.

So I thought I’d do a bit of early bird ‘shopping’ in Cranleigh High Street to see what was still on offer. My previous bird surveys for the British Trust for Ornithology had demonstrated a wider number of species than one might imagine.

Early one cold misty May morning I set off from the Common towards the obelisk. Hardly the best conditions for finding either singing or soaring birds.

First up was the best bird of the day. A Cuckoo, calling from the Elmbridge Road direction. There were just a few notes before he shut up shop. On the verges were small numbers of Wood Pigeons while a distant Canada Goose could be heard honking.

A couple of nearby Pheasants shouted ‘Haaa ha’ and Blackcaps bubbled away in hedges to my right and left. Jackdaws proved to be the most common species seen and the first flock I noted made good use of the traffic-free road. They swooped in to strut on the tarmac and nibble at grit.

Next a Magpie rattled away from a nearby house, a Chaffinch let rip from its lookout post, and a Wren belted out a song so strong that you would think it should be at least four times bigger. 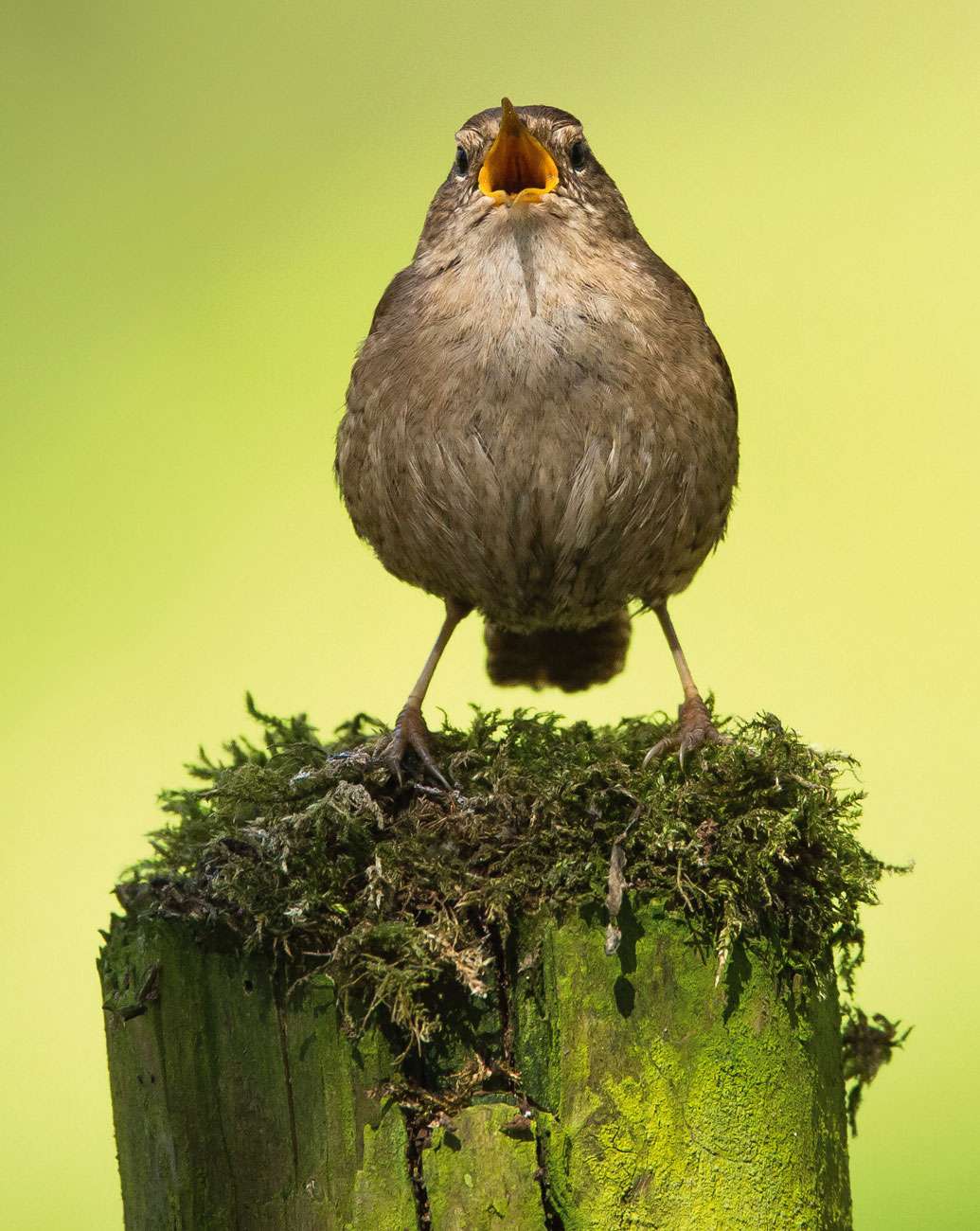 Song Thrushes and Blackbirds sang richly from gardens either side of the road as I passed the cricket pitch, and a Greenfinch called as its circular display flight took it over the bus shelter.

Now the birds were having to do battle with increasing numbers of vehicles. Huge rumbling lorries began drowning out the bird song while still a quarter mile distant.

At least the Gatwick jets were not evident at this hour. But the growing noise pollution of the day was aided by a delivery driver’s music blasting the neighbours from his open doors at 5.45am. Lucky them.

A Robin sang on from the line of maples. House Sparrows chirped excitedly from gutters and at The Cranley Hotel a Goldfinch bounded overhead to join a charm feeding on dandelion heads along the Common’s north-east strip.

The Swifts had returned a few days earlier, a little later than usual, and now here were two. One second their scythe-like wings were scraping the grey sky and the next they were skimming the rooftops around East View Lane.

Voluntary work to encourage amphibians at the once dried-up roadside pond had evidently paid off for the birds too. A new arrival there, a Moorhen, scurried into the waterside undergrowth.

Blue Tits flicked through the trees further along the High Street and sure enough, the expected pair of Collared Doves were cooing and wooing on a lamp post.

On a Stocklund Square roof a Pied Wagtail called while the Scots Pine belt behind produced a squeaking Coal Tit. At this still-early hour, residents were not yet being disturbed by works on the huge new housing development behind the car park.

So I listened for any signs of life. The oak trees where Little Owls once lived were now marooned in a concrete desert. The fields where Yellowhammers and Skylarks could until recently be heard from the High Street mini roundabout were silent. They are now a car park. 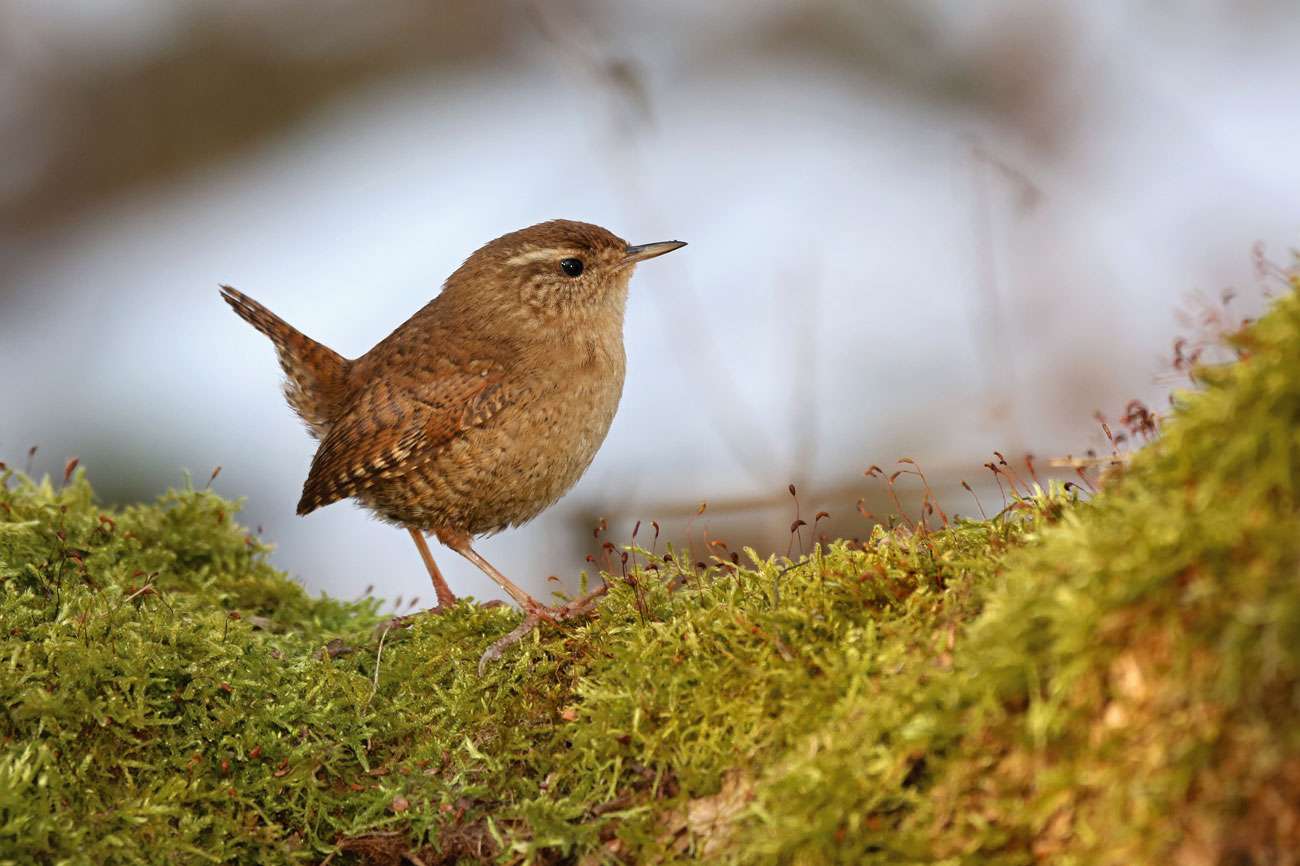 But there were some birds calling from beyond, towards Knowle Park. Stock Doves. How apt! For their calls are best likened to ‘Ooo-err…Ooo-err…Ooo-err.’ Perhaps they didn’t like what they saw – and did not see anymore.

There was a commotion at the rubbish bin next to Cranleigh War Memorial. Don’t blame teenagers – or anyone else – for the mess there. Last night’s take-away wrappers had evidently been put where they belonged, only to be snatched back out and fought over next morning by a party of squabbling Rooks.

I checked the roof above Lloyds Bank in case the House Martins had returned to the eaves but the metal netting that now contains one of their fallen mud nests still prevents them coming back. Let’s hope they again get nice treatment over the road at Cranleigh Pharmacy, where they can breed freely.

Near the end of my easterly walk a happy Nuthatch trilled from the grounds of St Nicolas. They’ve learned a thing or two there since the 12th century.

The church folk show how things can be done. The grounds are a mini nature reserve with sympathetic mowing to preserve and celebrate a flowering richness that gives birth to more pollinators, and then more birds. Life beyond the grave!

Today the small Rookery provides a boisterous backdrop. Great Tits, Robins and Dunnocks are singing, Blue Tits pop in and out of new nest boxes, a Blackcap makes ‘chuck’ noises in the bushes, and a Coal Tit calls. But there is no sign of the usual Goldcrest.

Another Wren bursts out in song opposite in the carefully revamped garden of the Three Horseshoes. As I re-trace my steps west I’m glad Celebration Cakes is open early as always. I pop in for one of Simon’s tasty hot croissants. Rooks – naff off!

A Common Buzzard flaps over One 40. Working hard to find breakfast today are a lone Swallow and then a House Martin. Lastly, I see a splendid Grey Wagtail on a roof next to the Cranleigh Bonfire site. The early morning’s total comes to 31 species.

Our High Street can still deliver. But strangely, and for the first time, no sight or sound of a Starling. Of course, the moment I get home, what’s on the lawn? A Starling. Birding can be like that.