What’s going up and down

Thousands of us are in for another top firework display at the Cranleigh bonfire.

It will be all eyes to the skies as Cranleigh Lions give us another spectacular show and the rockets rise and explode in a fabulous fiesta of light and colour.

‘What goes up must come down’, as the saying goes – and that got me thinking of the birding world about us.

A few species are on the up. They mostly seem to be the bigger birds. But so many have seen their numbers fall as ‘fireworks’ of various kinds affect their numbers. 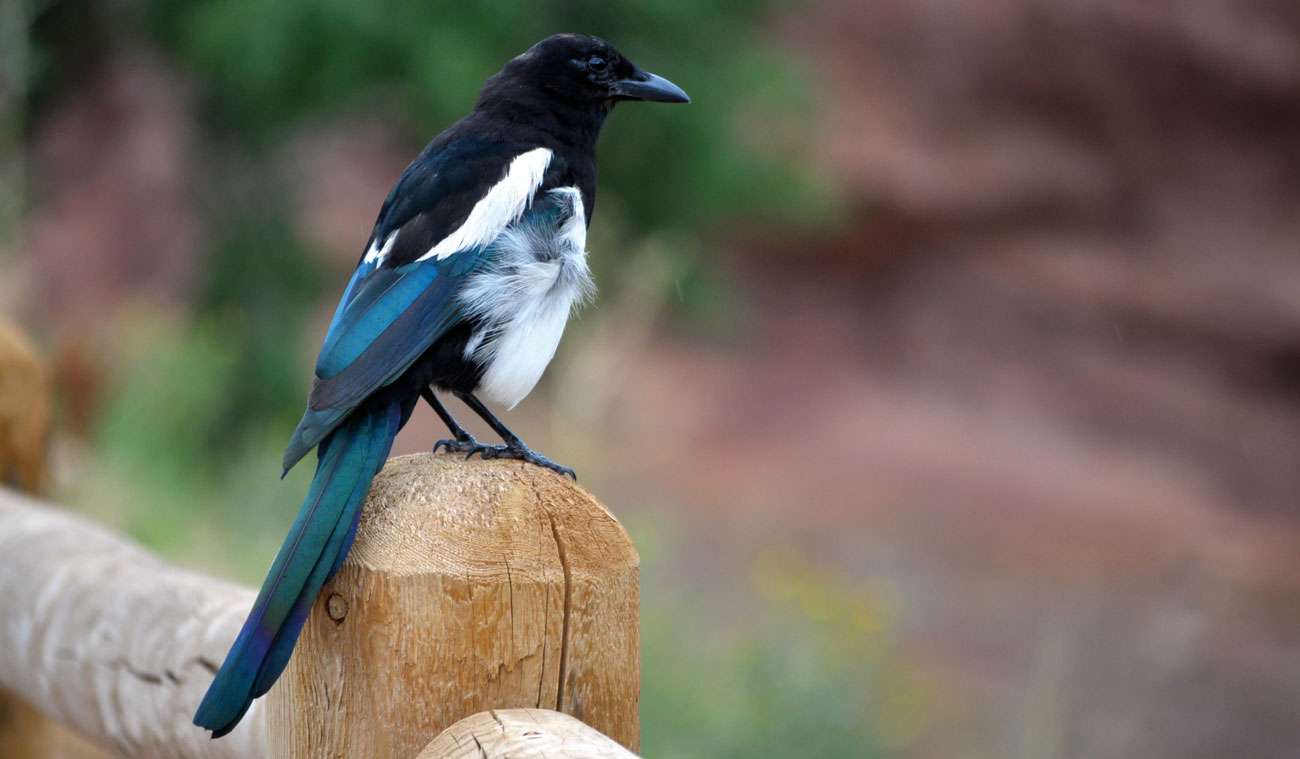 Here is my assessment on the status of a selection of birds in the area that are doing well and not so well.

Space does not allow for a comprehensive list. There is some good news. But it is one of the saddest pieces I have written because it logs the demise of so many species who no longer burn so brightly.

There are three colours to be aware of – Red and Amber. Drawn up by the British Trust for Ornithology (BTO), Red denotes the highest conservation priority, with species needing urgent action for them to survive. Amber means their status is threatened. 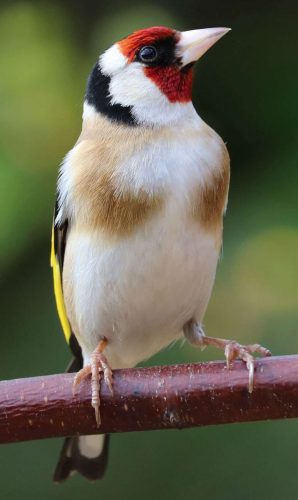 Sparrowhawk: The population has bounced back since the banning of pesticides and the bird benefits as more people provide bird food for its prey.

Common Buzzard: Possibly the only breeding pair in Surrey at the time reportedly raised two young in 1996. Within a few years the species was view-able daily throughout the district.

Herring Gull: On the ‘up’ around here with more summer sightings recently, as well as winter and passage records, possibly in part due to breeding now established on rooves just south of us in Horsham, West Sussex. Red.

Lesser Black-backed Gull: A common winter ‘flyover’ and passage migrant. But it is Amber-listed. 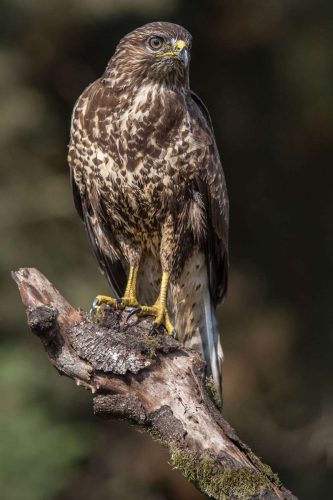 Common Tern: A rarity here but now seen more regularly at local ponds now that it is breeding at sites in Surrey and West Sussex. Amber-listed.

Stock Dove: There is perhaps a slight increase in this Amber-listed species’ numbers.

Peregrine: ‘Back from the dead’ thanks to conservation efforts and other factors, and breeding in a dozen or so Surrey sites and in Sussex. A local rarity but increasingly seen flying over.

Raven: You had to visit Dartmoor to see one not long ago. But they have bred in Surrey for a few years now and regularly fly and croak their way over Cranleigh and surrounding villages.

Firecrest: Birders never used to see this little gem around here but although scarce it is increasing – but easily missed because it is so small.

Blackcap: This summer visitor is increasingly seen in back gardens in our warmer winters when birds from Germany stake an early claim on breeding space instead of migrating all the way back to Africa.

Bullfinch: Amber-listed but seems to be increasing in number in this area of the Surrey Hills.

Siskin: They used to be considered a winter visitor only but have been breeding in recent years in the Scots Pine woods along the Greensand Way.

Goldfinch: Our commonest finch is on the up due to the many well laden bird tables – especially when you use niger seed. 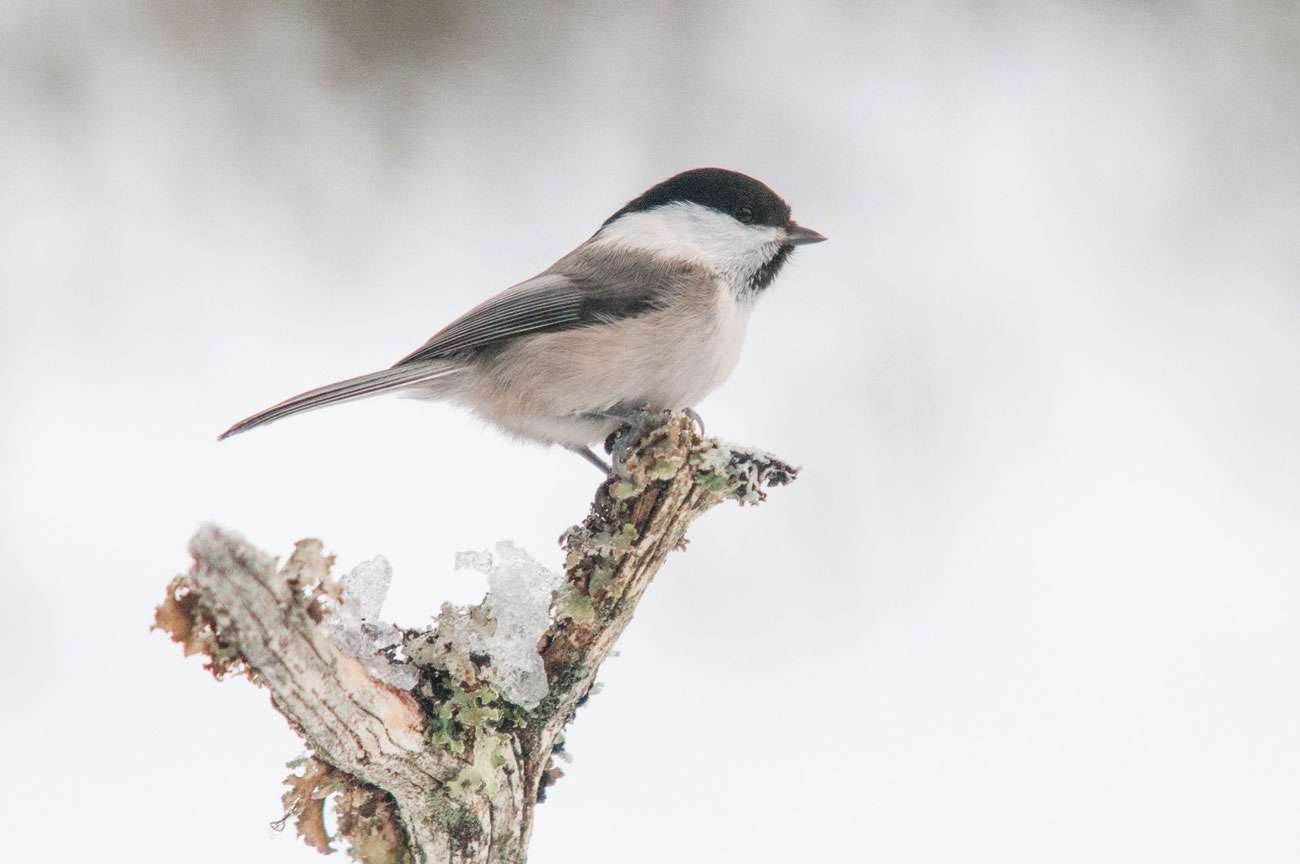 Lapwing: Gone are the days of hundreds on our fields in winter. A few try to nest but are susceptible to the rising number of foxes and unsympathetic/ignorant farming practices. Red.

Woodcock: Scarce to moderately common resident and winter visitor. Well done to the shooting fraternity who understand its red status and now give it a miss. Red.

Black-headed Gull: Increasingly breeding at several new sites in Surrey. Yet our most common gull is an Amber-listed species.

Common Gull: Not so common here as it was 20 years ago. Amber.

Great Black-backed Gull: Declining numbers of appearances on fields and over the village since late last century. Amber.

Turtle Dove: A tragedy of the modern age. I heard my last ‘purring’ on Winterfold in 2002 and saw my last Surrey bird in Dunsfold shortly afterwards. A pair were seen in Alfold this year by two reliable birders but did not stay. Locally extinct and could go that way nationally too. Red.

Cuckoo: Everyone I meet seems to remark on the falling numbers of our harbinger of Spring. May still be heard if you are out at dawn or dusk but rarely encountered anymore over the housing estates. Red.

Barn Owl: Numbers fluctuate and are aided by good folks’ nest boxes on local private land and farms. But it has been scarce locally for decades and there are only a few pairs.

Little Owl: There is little room for these fellas when developers build a new housing estate around their oak tree. Scarcer and scarcer.

Tawny Owl: This is moderately common in the district – we have many suitable trees – and it can often be heard calling on clear nights. But yet more housing development around Cranleigh does it no favours. Amber.

Nightjar: One of our highlight birds. Numbers have always fluctuated depending on the state of heathland management. It’s just about hanging on in a few areas. Could do with more help. Amber.

Swift: There’s been much publicity about the decline of this Amber-listed species. Appears to have had a good year in Cranleigh and Ewhurst due to the hot summer. But things can change fast so stick up a Swift box under the eaves before this species swiftly drifts into the Red zone.

Rook: There are fewer trees and smaller local rookeries.

Marsh Tit: Numbers may have dropped slightly but it still seems to be doing well in woodlands throughout the area. Red.

Willow Tit: In the 1980s you could walk the Downs Link for 400 yards towards Rowly and take it for granted you would see three pairs. Gradually it became scarcer. I saw my last in Surrey along the Timber Track, Ewhurst, around the turn of the century. It is now completely extinct in our county. Red.

Skylark: This was a common resident, passage migrant and winter visitor. Numbers were in their hundreds until late last century but fewer fields have them and every new housing development the planners allow wipes more out. I wonder how many think Dunsfold Aerodrome is their home forever….Red.

Swallow: Still easily seen thank goodness but fewer working farms, unknown troubles on their journeys across The Sahara, and a reduction in insects all take their toll.

House Martin: You can see hundreds migrating south in the autumn but they are not our birds. There are fewer nesting sites, with some Cranleigh High Street buildings using wire netting to actively discourage these wonderful birds.

Willow Warbler: The cheery song of this African visitor is dying out all around us. Amber listed.

Wood Warbler: This was a beautiful bird to see and hear when breeding in the Surrey Hills. Sadly there have been no reports for some years and it must be considered extinct locally and countrywide, except for ‘passers through’. Red.

Lesser Whitethroat: Lesser in the last decade, rather than more, is the story of these East African visitors.

Whitethroat: Still easily found in summer but you must search countryside hedges harder than 20 years ago.

Starling: Once oh so common, not so now. A massive reduction in numbers. Red.

Fieldfare: There are still good flocks of this winter visitor. But, again, it’s in the Red.

Redwing: Hundreds of this northern beauty can be seen on our fields in winter but it’s another Red story.

Song Thrush: Easily still heard in the late winter and spring. But another of the Thrush family in trouble. Red.

Spotted Flycatcher. How many dead flies on the front of your car these days? Exactly. Hence another African visitor’s demise.

House Sparrow: Surely they are everywhere? They were. A 20 strong flock is now notable. Red.

Tree Pipit: They were always a certain summer visitor on our heaths. Another sorry tale. Red.

Meadow Pipit: Wintering flocks of around 80+ roosted in the heather on our heaths earlier this century. That was then. Amber.

Linnet: In the 1990s dozens nested on our heaths. Still easy to find but a huge population decrease. Red.

I will be writing more details about many of these birds in future issues.

Click here to see all the previous Crane Spotters

Back Joy of Cranleigh – November 2018 – At last! The end of the fighting!
Next People Profile – Phil Tilbury – Cranleigh Resident
Related Articles
No Comments