We offer the best in live music, theatre, comedy, film, event cinema, creative workshops, family events and free-to-explore exhibitions. From classical recitals to children’s activities – our vibrant programme has something for all ages. Whatever brings you through our doors we promise a warm welcome and a good time.

Fundraising Event: Wine Tasting & Jazz Friday 1 February, 7.30pm
Calling all wine lovers! You are invited to a fun and light- hearted wine tasting with live music from the Reprobates Dixieland Jazz Band. Everybody brings a bottle of their favourite wine. We hide the label. Everybody tries the wines and gives them a score and at the end of the night, the person who brought the wine with the highest score wins a prize! All proceeds go to support Cranleigh Arts Centre (registered charity 284186) Tickets: £5 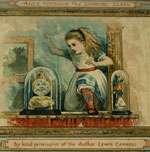 Talk: A Guildford Gazette Extraordinary: an introduction to the archives of Lewis Carroll Wednesday 6 February, 7.30pm
Guildford and its environs were a part of Lewis Carroll’s private and family life for 30 years, and he is buried there, in the Mount Cemetery. The Lewis Carroll collections now at Surrey History Centre are a focal point for the study of the man and his life, and this talk gives a brief history of his connections with the county, the evolution of the collections and some of the strengths of the Surrey History Centre’s holdings. Tickets: £7

Live Music: Red Stripe Band Supported by Tormead Girls Wind Band Friday 8 February, 8pm
Red Stripe Band’s colourful career has seen their latest CD reach no. 10 in the London Jazz Charts. 2019 marks 25 years since the band was formed by eccentric raconteur and boogie woogie front man Neil Drinkwater, aka Red Stripe. They have since played at virtually every jazz and blues festival in the UK and picked up best newcomer at Montreux Jazz Festival 2010. Expect to be entertained with an energetic mix of original songs, boogie woogie, swing and rock n roll classics in an engaging, ever-moving and comical show. “Unmissable” Stephen Fry Tickets: £15 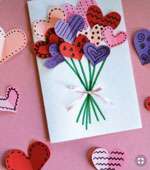 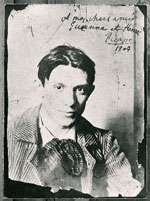 Exhibition on Screen: Young Picasso Saturday 9 February, 2pm
Discover the early years of Pablo Picasso; the upbringing and the learning that led to his extraordinary achievements. Three cities play a key role: Malaga, Barcelona and Paris. Young Picasso visits each and explores their influence on the artist. Looking carefully at two key early periods – the Blue Period and Rose Period – the film takes us all the way to 1907 and the creation of a critical painting in the history of art – Les Demoiselles d’Avignon. It was a painting that shocked the art world but changed it irrevocably. Picasso was only 25 years old. Tickets: £13.50 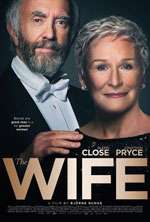 Film: The Wife (15) Wednesday 13 February, 8pm
Behind any great man, there’s always a greater woman. Joan Castleman (Glenn Close) has spent forty years sacrificing her own talent, dreams and ambition to support her charismatic, philandering husband Joe (Jonathan Pryce) and his brilliant literary career. But their faithful pact reaches breaking point on the eve of his being awarded the Nobel Prize for Literature. “A smart, supremely watchable and entertaining film” The Guardian Tickets: £8.25; £7.25 Friends, £5.50 under 25s

Theatre: Fagin? Friday 15 February, 7.30pm
Who was Fagin? Was he the Fagin in Dickens’ Oliver Twist? Was he the Fagin in Oliver! the musical? Was he based on a real-life character? Join Fagin as he reviews his situation during his final night in prison before being hanged. As madness envelops him he is ‘visited’ by some old acquaintances. Find out who he really was and how he ended up as one of the best known, yet unknown, of Dickens’ characters. Think you know Fagin? Think again. Written and directed by Simon Downing; starring Keith Hill, Giles Shenton and Georgia Butt and produced by Kick in The Head. “impeccable performances” The Reviews Hub Tickets: £13.50

ROH Live: Don Quixote Tuesday 19 February, 7.15pm
Love and friendship triumph in Carlos Acosta’s vibrant production of this dazzling ballet. Marius Petipa choreographed this sparkling ballet about the encounters of the man from La Mancha and his faithful squire Sancho Panza. At its heart are virtuoso roles for the lovers Basilio and Kitri. The vibrant staging brings together the whole Company in such roles as exuberant villagers, passionate gypsies and even fantasy flowers. The story follows Don Quixote’s picaresque journey to do deeds in honour of his imaginary noble lady, Dulcinea. Sunny, charming, funny and touching – Don Quixote is a ballet as full of uplifting emotion as it is of astonishing ballet technique. Approximate running time: 2 hours 45 minutes, including one interval. Tickets: £19.75

Film: The Little Stranger Thursday 21 February, 8pm
The Little Stranger tells the story of Dr. Faraday, the son of a housemaid, who has built a life of quiet respectability as a country doctor. During the long hot summer of 1948, he is called to a patient at Hundreds Hall, where his mother once worked. The Hall has been home to the Ayres family for more than two centuries. But it is now in decline and its inhabitants – mother, son and daughter – are haunted by something more ominous than a dying way of life. When he takes on his new patient, Faraday has no idea how closely, and how disturbingly, the family’s story is about to become entwined with his own. Based on the bestselling novel by Sarah Waters Tickets: £8.25; £7.25 Friends, £5.50 under 25s

Classical Music: Amiran Zenaishvili (piano) Friday 22 February, 7.30pm
Amiran has performed as a concert soloist and chamber musician all over the world, including in such prestigious venues as Carnegie Hall in New York, and Wigmore Hall in London. This recital features in comparison two great Sonatas: Beethoven op.110 and highly virtuosic Barber Piano Sonata op.26 accompanied by majestic cycle of two Brahms Rhapsodies op.79 and a selection of sublime Rachmaninoff miniatures. Both Sonatas are one of the greatest sonata cycles ever written for piano and undoubtedly Beethoven works served as a huge source of inspiration for Barber. Tickets: £14

Live Music: Phil Beer: String Theory Saturday 2 March, 8pm
Charming, disarming and exceptionally talented, multi- instrumentalist Phil Beer is something of a national treasure on the folk, roots and acoustic scene. One-half of award-winning powerhouse Show of Hands, Beer is equally as in demand for his solo shows. In early 2019 Phil sets out to share some of his most-loved songs at carefully selected venues across the UK. With the odd laugh thrown in for good measure, Beer’s flawless musicianship and rich vocals will leave you wide-eyed and wanting more. Tickets: £16

Community: Men’s Shed Every Thursday, 10am – 1pm
Cranleigh Men’s Shed is about social connections and friendship building, sharing skills and knowledge, and a lot of laughter. Part of a national scheme, it is a community project for men to connect, converse and create. The group meet every Thursday in the Arts Centre Pottery room. Free

Community: Craft at Cranleigh Every Tuesday 10am – 11am
Whether you are an experienced crafter or want to practice something learned in one of our workshops, find a warm welcome and meet likeminded makers at our all-new Craft at Cranleigh drop-in! In the Arts Centre’s Gallery. Free

Community: Knit & Natter Every Friday 10.30 – 12 noon
Are you nifty with needles or a wonder with wool? Come and knit (or crochet) and natter in our Gallery. All abilities welcome. Bring your own yarn and needles. No booking – just turn up. Free