Films for June 2018 in the Cranleigh area

The Post (Friday 8th June). A hugely entertaining telling of the battle by The Washington Post to publish the contents of the Pentagon Papers in 1971. The editor Ben Bradlee and the owner Kay Graham, played by Tom Hanks and Meryl Streep, had to risk going to prison to tell the world how the government had misled about the Vietnam war. The leading actors do their fine impersonations of good people battling for truth. They succeed and it is enjoyable watching that world of pay phones, cigarettes, hot mettle type setting. The whistle blower Daniel Ellsberg, is not given much time to show how he suffered for years before avoiding Jail.

Darkest Hour (Saturday 23rd June). The story of how Churchill overcame his cabinet colleagues, the press and the king before he could get on with beating Hitler. The reluctance to fight was partly because of memories of WWI, partly because the Germans were regarded as too strong, but also, frankly, a hard core of sympathy with fascism. Fortunately for us all Churchill overcome the resistance and Gary Oldman convinces with the help of much body padding, as the great man who changed history. The film tends to emphasise the obvious but the story is worth telling. 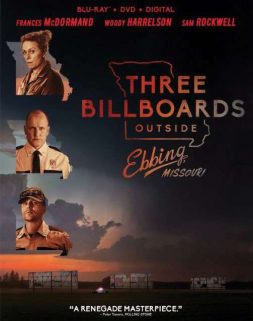 Three Billboards Outside Ebbing Missouri (Thursday 7th June). Directed by Martin McDonaugh this film swept the board at the Oscars and entertains in the best black comedy tradition. What it tells us about our world today is up to you to work out. The confrontation between a tough but dangerous mother and the useless law enforcement in this Middle West area is a terrific battle. She wants justice for her daughter who was raped and murdered. The bigoted, racist, lazy police just want to do nothing. Frances McDormand deserved her Oscar. This may be an effort to show how ignorant rednecks can hinder justice or it may just be a satire for our times. On June 17 Shere Village Cinema is showing The Post. 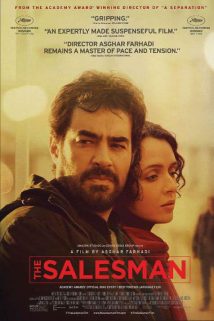 The Salesman (June 28th at 7.30pm). The Oscar winning movie from the Iranian director, Asghar Farhadi, repeats his great success with A Separation. The ironic contrasting of the lives of two actors playing in Death of a Salesman, and the dramatic developments in their own relationship when the wife is molested in her own home., shows Farhdi’s ability to tell an adult story with excellent pacing of the narrative. A wonderful film to end the season with on the same night as the AGM.