The Great Barn in 1888, looking east, a painting by J. Hardy, with glimpses of the church, Ivy Hall Farm and the Onslow Arms (Frank Warren Papers, courtesy of Mrs Catherine Ferrier)

As a traveller to Cranleigh entered the village from the West 150 years ago, almost the first building that he would see was the Great Barn or Birdfield Barn. This vast structure belonged to Ivy Hall Farm (behind present-day Gregory & Seeley’s and Oxfam) and it had straddled the end of the Common for centuries. In the second half of the nineteenth century, Cranleigh was growing and modernising. It now had a railway station, hospital, gas works, piped water, and a public school. There were plans for new estates which it was hoped would attract well-to-do purchasers. 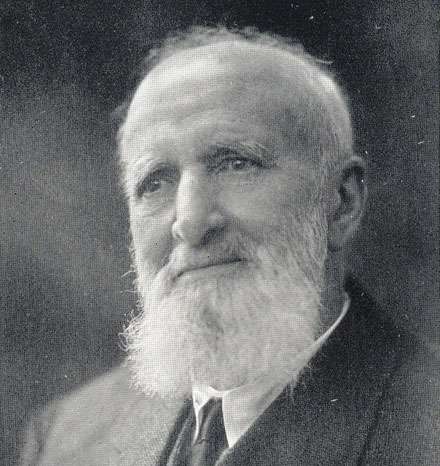 This Great Barn began to be seen as an eyesore in a modern village. Ivy Hall was ceasing to operate as a farm, and it seemed to those seeking the development of Cranleigh that it would be a distinct advantage to have the barn removed. In 1887, a committee of energetic local men was formed, including doctors, builders, a prominent tradesman and a solicitor. 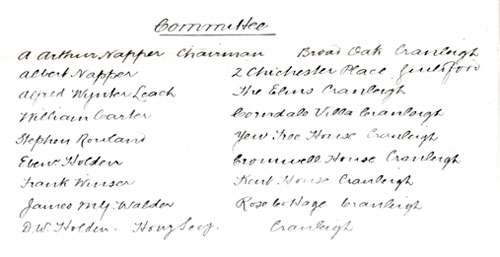 The Committee responsible for the removal of the Great Barn, with their addresses

The problem was the considerable cost involved in buying and taking down the barn. Eventually, a deal was struck with Mr Ebenezer Holden, head of the largest building firm (where Marks and Spencer’s now is), and Mr Stephen Rowland, developer, for demolishing it. In return, they were each to receive a piece of land facing the Common, further to the west of the barn. These are marked on a valuable little sketch-map accompanying the agreement. This shows how enormous the barn was. It also marks a large pond next to it, besides the railway station, the smithy, the toll house and Stonewall farm. 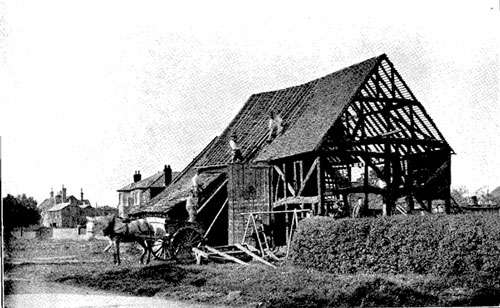 At least 5 men are working on the demolition of the Great Barn. Caryll House (then called The Laurels) can be seen in the background.

Cranleigh’s landmark barn was taken down in 1888. The photos recording this give an idea of the huge task that it was. Ebenezer Holden doubtless made good use of all this wood in his timber yard.

The result was the opening-up of the entrance to Cranleigh from the West. A smart new block, Bank Buildings, was now built on the site of Ivy Hall Farm’s former orchard. Newcomers to Cranleigh were impressed. All the original occupants were from outside Cranleigh. 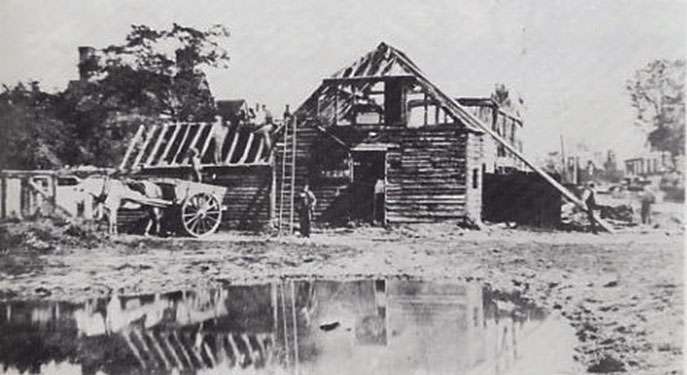 View of the demolition from the West, and also the large pond

Meanwhile, shops and houses were built on the land acquired by Stephen Rowland. And about 15 years after the exchange of land, Holden’s building firm put up the Wesleyan Methodist church building on the plot of land granted to Ebenezer Holden.

N.B. The Cranleigh History Society is not meeting in August.