The number of people with the surname Smith shows how widespread their job was. The term ‘blacksmith’ came about because iron was the ‘black metal’. Smiths created agricultural tools, weapons, cooking utensils and horse shoes from iron. They heated the metal in their forge or smithy, then used tools to hammer, bend and cut it on their anvil. This is called ‘wrought iron’; cast iron is poured in a molten state into a prepared sand mould. From medieval times, there was one smithy or more in every village. 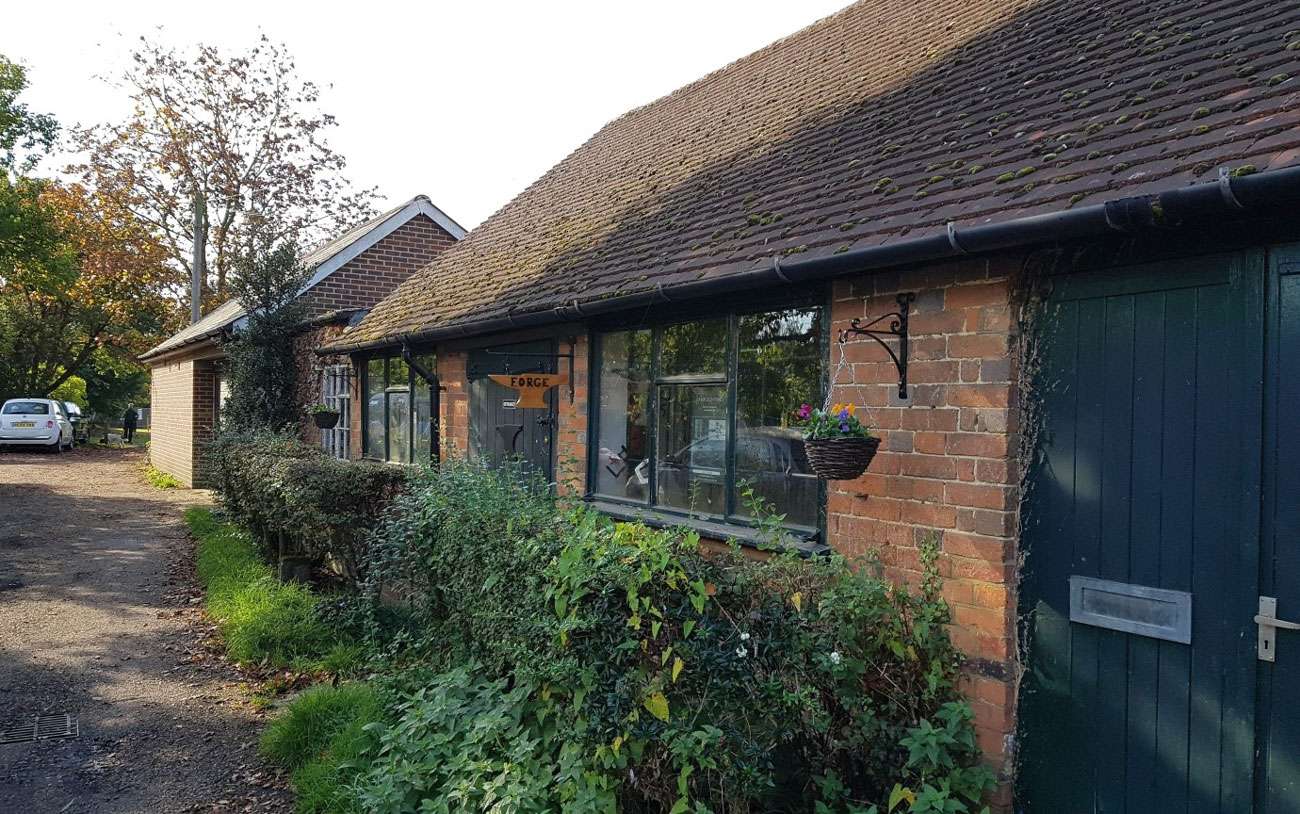 The last forge in Cranleigh

Actually, not all Cranleigh’s forges have vanished. There is still one on Luck’s Green, on the path between Mead Road and Horsham Road. The blacksmith, Lee Golding, produced the 430 stunning poppy heads for the Centenary Garden, opened last November.

However, several forges have disappeared. There was probably one next to the Three Horseshoes (hence its name), and another may well have given its name to Horseshoe Lane. Do not be misled by ‘Smithy Cottage’ in Ewhurst Road: it was named by a family called Smith!

Perhaps the most important forge was on the Common. 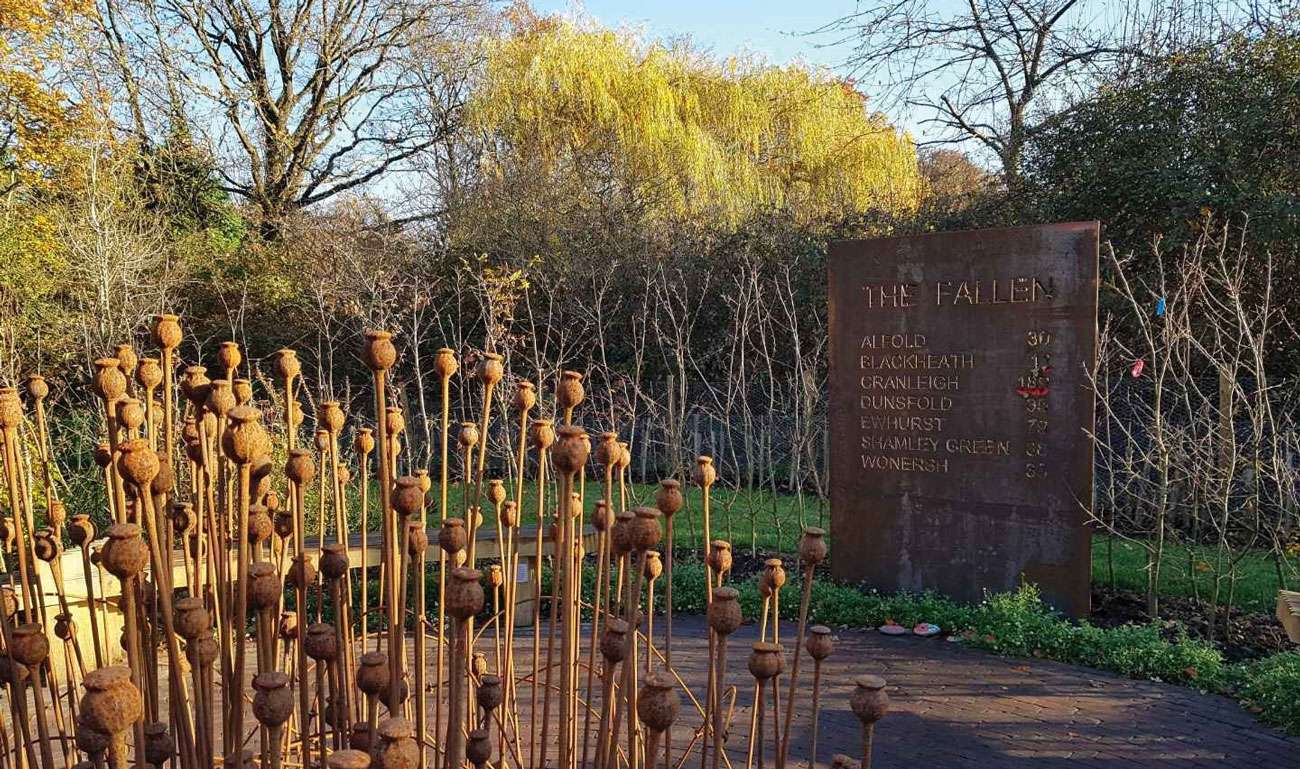 We know details of the blacksmiths here from the time of the first Census, in 1841. From the 1871 to the 1891 Census, Shadrach Trussler was the smith. There seems a certain aptness in his forename, especially as he had brothers called Meshach and Abednego (all sons of the blacksmith in Shere).

By the time Frank Charman became blacksmith here, around 1920, factories and mass production had reduced the demand for blacksmith-made tools and hardware. The spread of the motor-car meant that fewer horses needed shoeing. Frank’s advertisement of 1922 shows him diversifying into other trades. Blacksmiths often transferred their skills to cars and became the first generation of car mechanics, and this is what happened at Cranleigh’s forge, as the various advertisements and pictures show. 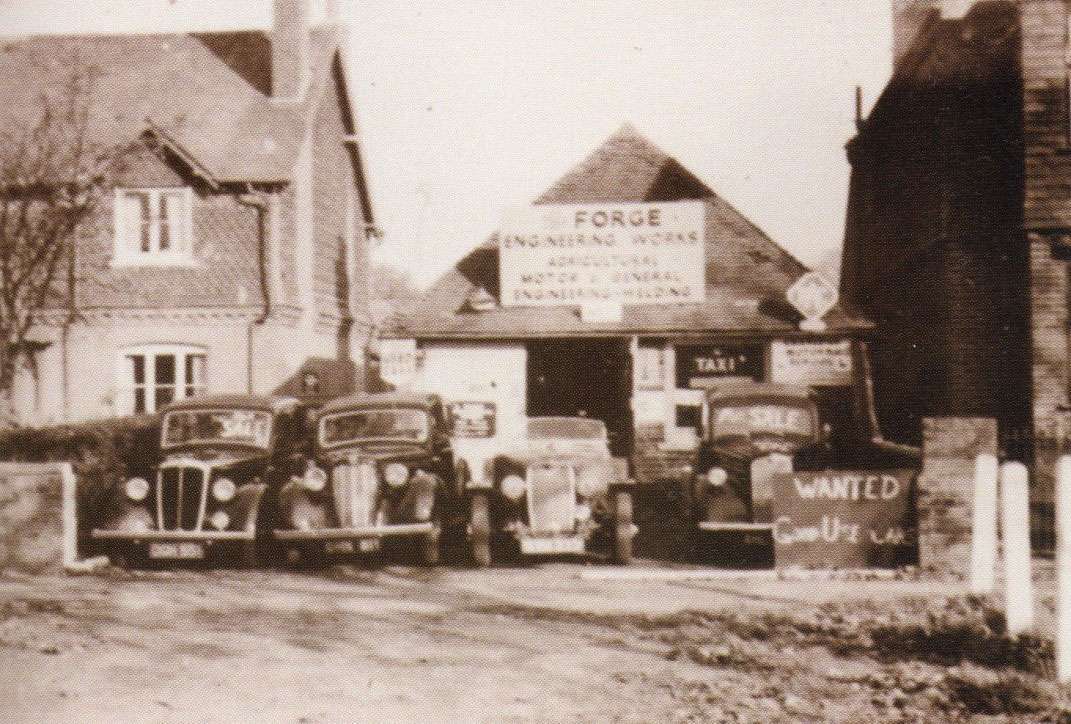 Shadrach Trussler’s younger brother Meshach had moved to the Luck’s Green forge by 1881, and so for a time there were two Trussler blacksmiths in Cranleigh. Meshach was succeeded at Luck’s Green by Daniel Enticknap.

Unfortunately, Daniel slipped into arrears with the rent due to his landlord, Sir Reginald Bray of Shere. He was taken into Hambledon Union workhouse in December 1906, with his wife and six daughters, and died the following month. His son, Daniel David Enticknap, though still under 21, attempted to keep the business going. However, creditors removed the two bellows, as they were bought on the ‘hire purchase principle’ (still novel at this time). 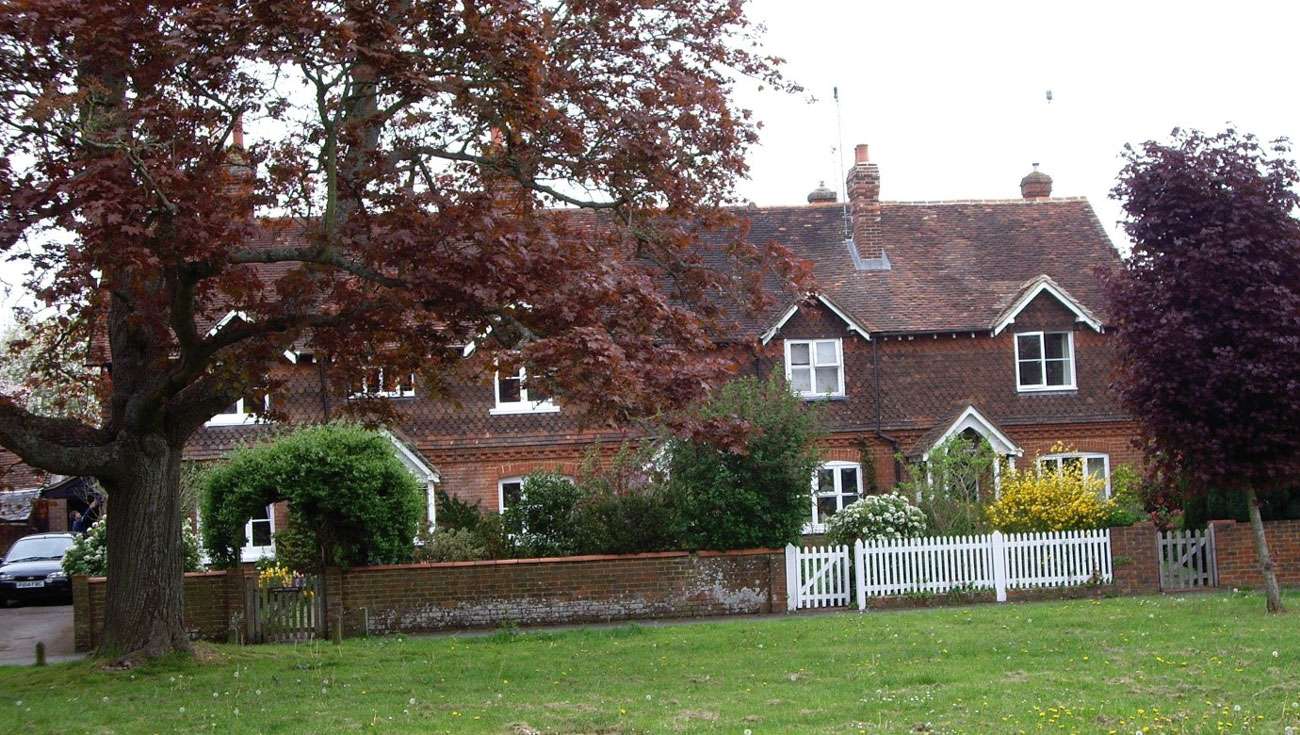 Forge Cottage is the middle house: the right-hand one, Maple Leaf Cottage, is built on the site of the forge

Richard Pobgee, a ‘coachbuilder and general smith’, asked Bray for the tenancy, and offered to give young Enticknap work. The surveyor Harry Weller valued the remaining equipment at £18 17s 6d. He told Bray that he knew the circumstances of the family very well, and that ‘this is practically all they possess in the world’. He suggested that ‘it would be a charity’ if Bray would take only a small sum to settle the arrears – perhaps £5 – and let the family have the rest.

‘It has been a hard case for the child etc., as it was no fault of theirs that their father drank instead of attending to the business’. Pobgee took on young Enticknap, and told Bray that ‘he is giving every satisfaction at present’. It is a touching story, showing Cranleigh people displaying compassion and generosity. 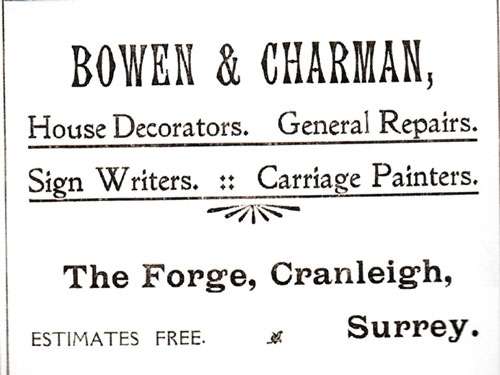 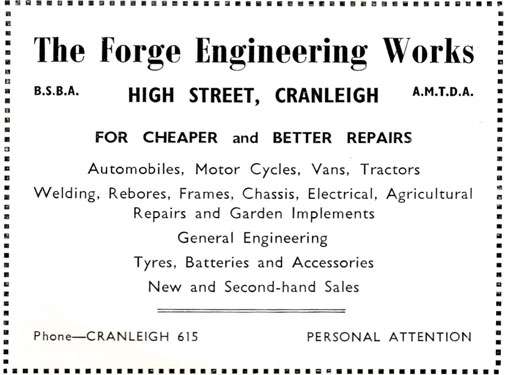 (Grateful thanks to Nigel Balchin for alerting me to this incident, recorded in the Bray Papers at the Surrey History Centre.)

The Cranleigh History Society meets on the second Thursday of each month at 8.00pm in the Band Room. The next meeting will be on Thursday March 14th, when Jane Turner will speak on ‘G.F. and Mary Watts and the Watts Chapel’.