The gasworks, seen from the railway bridge (courtesy of Michael Miller)

While the Oval cricket ground proudly cherishes its disused gasholder as a symbol, Cranleigh took its old gasholders down when they ceased to be used and only a few people remember them.

The Cranleigh Gas Company was founded in 1876. It was another initiative of the energetic Stephen Rowland. Before this, of course, houses were lit by oil lamps or candles; cooking was on a range, heated with wood or coal. The newly-formed gas company set up its gasworks on the Common, close to the railway line (now the Downslink path) and next to the old workhouse site. Large quantities of coal were needed, as gas was produced by heating coal in enclosed ovens. The gas generated was a mixture of hydrogen, carbon monoxide, methane and ethylene, though it was mixed with ammonia and sulphur. When these had been purified from the gas, the usable gas was stored in a gasholder, to ensure a regular supply. A network of pipes – the gas mains – carried the gas underneath the streets of Cranleigh, and subsidiary pipes took it to individual houses.

Part of the Ordnance Survey map of 1915: the gasworks has now extended into the old workhouse site, with another gasholder and a branch line from the railway

A map of 1896 shows two circular gasholders on the gasworks site and various other buildings. One of these was a house for the works manager, who lived on site. Gangs of coal stokers were employed, besides men able to work the machinery. Several weeks’ worth of coal was stored ready for use. By 1916 the gasworks had spread into the old workhouse site, and had its own railway track so that coal could be delivered directly into the works. 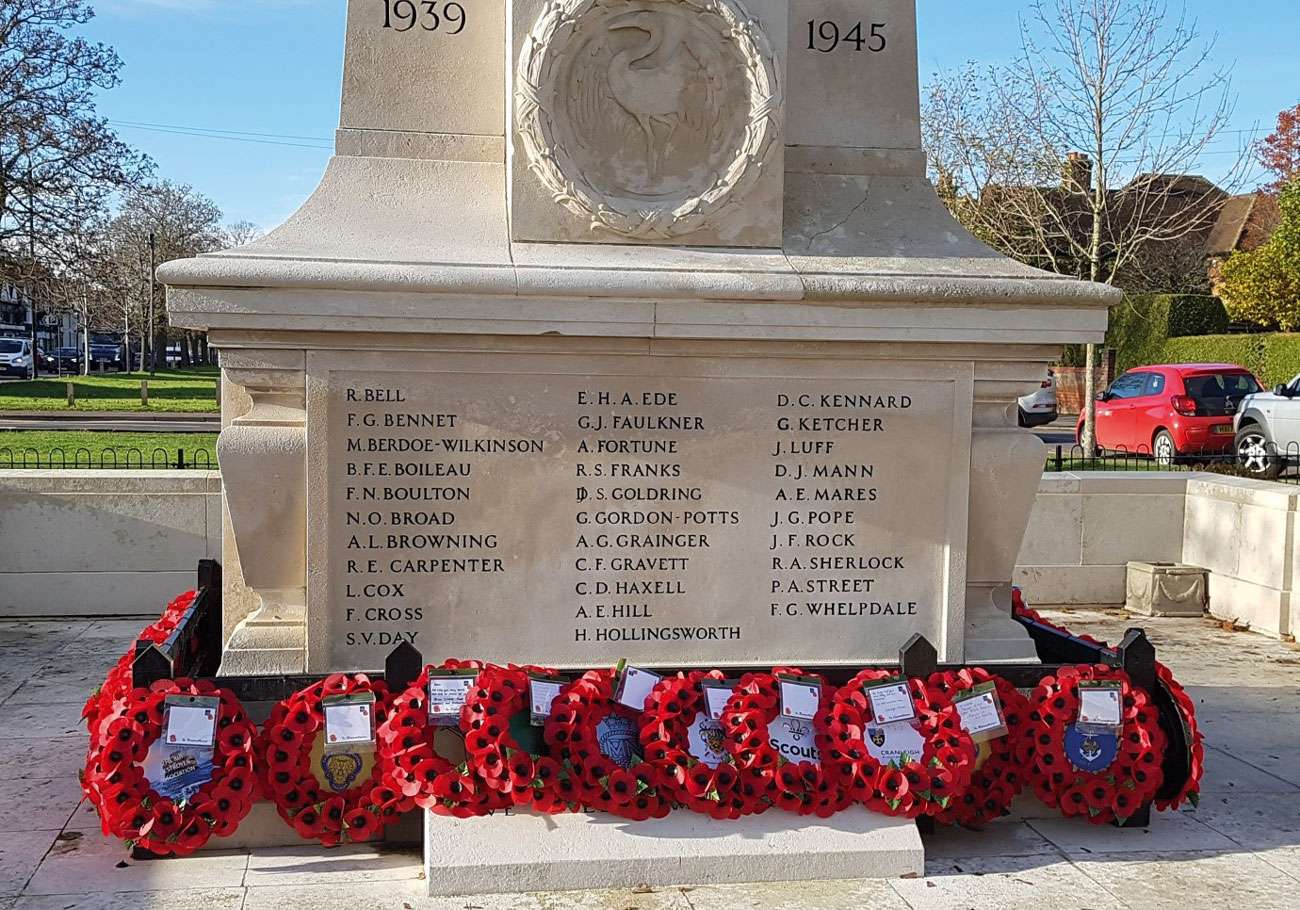 In 1883 the Vestry meeting (forerunner of the parish council) resolved to light the streets by gas through the existing lamp posts. This was financed by a ‘lighting rate’ levied every year on house owners, which went up regularly as the village spread and needed more lamps. St Nicolas church installed gas lighting in 1907, in place of oil lamps, and the Baptist chapel had it by 1914, though it gave rise to constant complaints. New estates, like New Park Road, had gas mains dug when the roads were made.

The street lamps were lit by a lamplighter. He cycled round the village after his day job, carrying a long hooked pole under his arm. This he inserted into each lamp, and with the hook pulled down a small chain which released the gas and lit the lamp from a pilot light. At 10.30pm he cycled round the village again, to put the lamps out. On moonlit nights the lamps were not lit, so if it was cloudy then, darkness reigned! During both World Wars all street lighting was forbidden. The lamplighter resumed his work for a short time after the Second World War until the street lamps went over to electricity.

The gasholder that was hit by a rocket in 1944

On Wednesday August 16th 1944, a German V1 rocket fell on one of the gasholders. It exploded, and red-hot rivets were scattered across the Common. Tragically, Mrs Annie Ede, wife of the gasworks manager, was killed. She is commemorated on the war memorial. Had a full gasholder exploded, it could have been very serious indeed for the village. 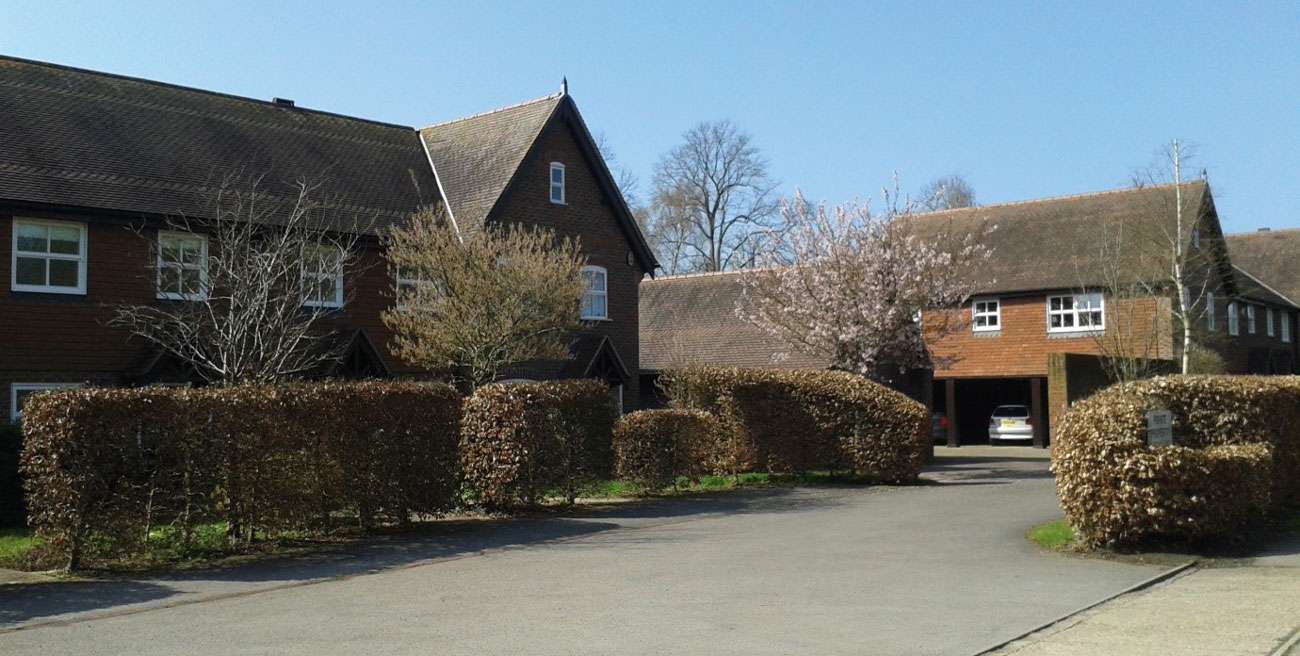 Even before the Second World War, electricity was beginning to supersede gas for lighting. It was odour-free and more convenient to switch on and off. In 1929 electricity became available in Cranleigh for public use. The Baptist church discarded its gas lamps with relief at the earliest possible moment. 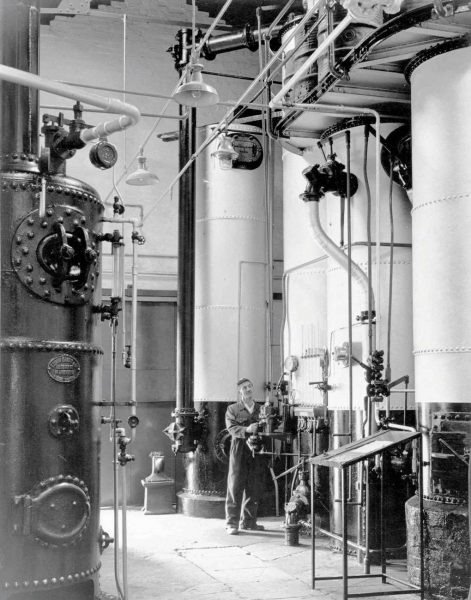 However, for central heating and cooking, gas retained its appeal. It was cheaper, and gas cookers were more immediately responsive. In the late 1960s, natural gas from the North Sea replaced conventional gas, and Cranleigh’s redundant gasworks were dismantled in stages. Now the houses known as Brackenwood stand on the site.

The Cranleigh History Society meets on the 2nd Thursday of each month at 8.00pm in the Band Room. The next meeting will be on Thursday September 12th, when Geoff Burch will speak on ‘Ramblings of a railwayman’. Start-of-Season drinks from 7.30.