Home » Education » Joy Of Cranleigh – What was happening in Cranleigh in August 1917?
0

Joy Of Cranleigh – What was happening in Cranleigh in August 1917?

(Pictured Above: The Cricket Ground, post-marked 1916)

Last month, we saw Rennie Crick on leave at home in Cranleigh for ten days. When he came back to Boulogne, he recounts in his diary how he spent twelve hours in a train to Poperinghe in Flanders. He rejoined his section at a deserted farm near there, and a ‘big battle commenced’ on the last day of July. This was the 3rd battle of Ypres (also known as Passchendaele), when the Allies tried to break through the German lines and drive northwards to the coastal towns from which German U-boats were reported to be operating. Twelve days of heavy artillery fire preceded the battle, but this had the effect of destroying the field drainage systems. It began to rain heavily on the first day of the battle, and this went on and on throughout August, turning the area into a quagmire. Tanks were rendered useless as they simply stuck in the mud. 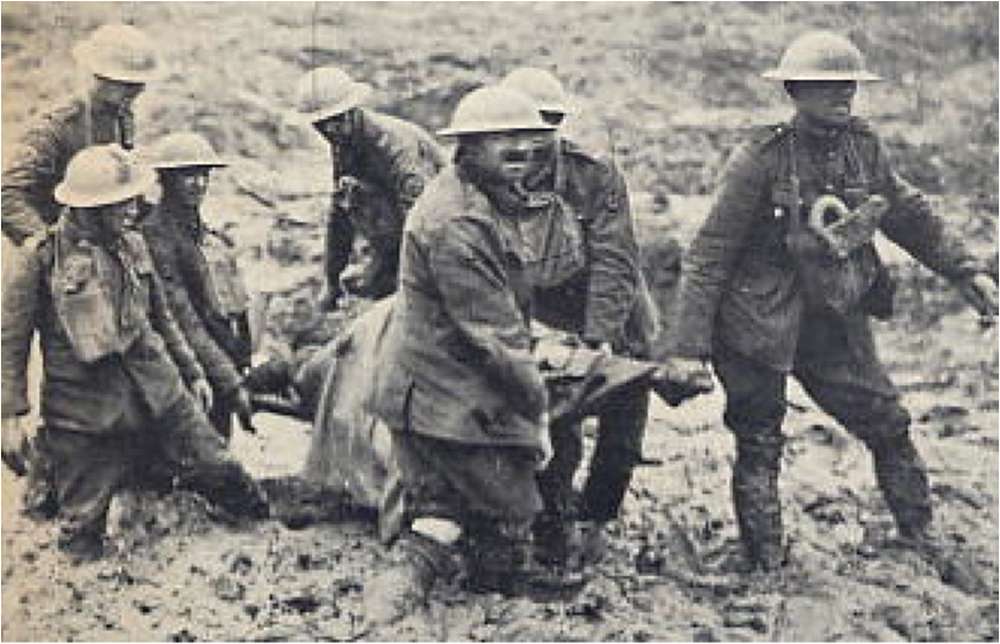 From Rennie’s camp, men of the Royal Army Medical Corps (RAMC) were frequently sent ‘up the Line’, and on August 15th ‘every available man’ was employed. The weight of the mud-plastered stretcher and the soaked clothing of the wounded man meant that often six or eight stretcher-bearers were needed, rather than four. RAMC men needed strength, as well as courage. Of course, they carried no weapons. On August 17th Rennie records, ‘one of our men killed today’. Five men of Rennie’s Field Ambulance were wounded at an Advanced Dressing Station, and two others were killed. (The ruined village of Passchendaele was finally taken by the Canadians in November.)

The artist E.H Shepard, who later became famous as the illustrator of A.A. Milne’s books, including Winnie the Pooh, was a Shamley Green man, living at The Red Cottage. He too was at the battle of 3rd Ypres, serving as a captain in the 105th Siege Battery, Royal Artillery, and he sketched or painted wherever he went. He was involved in the heavy artillery bombardment before the battle. The cartoon he drew is typical of his gentle humour and perhaps suggests some scepticism about the Allied tactics. 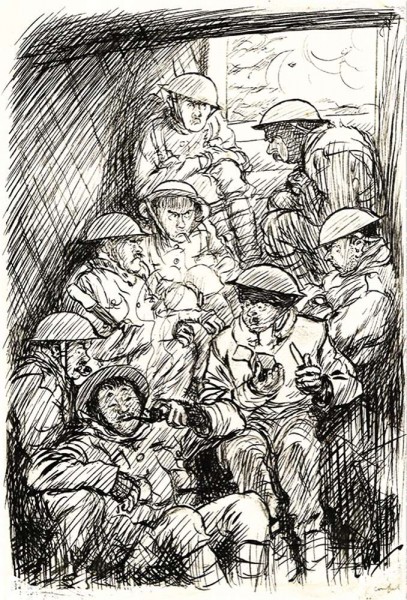 E.H. Shepard’s cartoon drawn in the run-up to the battle of 3rd Ypres. Philosopher, ‘Wot I sez is, that this ‘ere reckless expenditure of ammunition is wot’s goin’ to finish the ‘un’ (from Shepard’s War, comp. James Campbell (2015)

Back in Cranleigh, a rare match was played on the Cricket Ground, but it was not cricket. On Wednesday August 8th Cranleigh played Woodbridge (Guildford) at bowls, and won. Next week it played Bramley and won again. Presumably the players were above military service age. There was very little entertainment of any kind on offer for the people of Surrey at this time. Possibly for this reason, Baby Shows seem to have come suddenly into vogue. In June there were Baby Shows at Woking, Godalming, Ash, Wyke and Normandy. Two weeks later, there were Baby Days at Chertsey, Guildford, Bagshot and Weybridge. People were showing enterprise by making entertainment out of what they had. 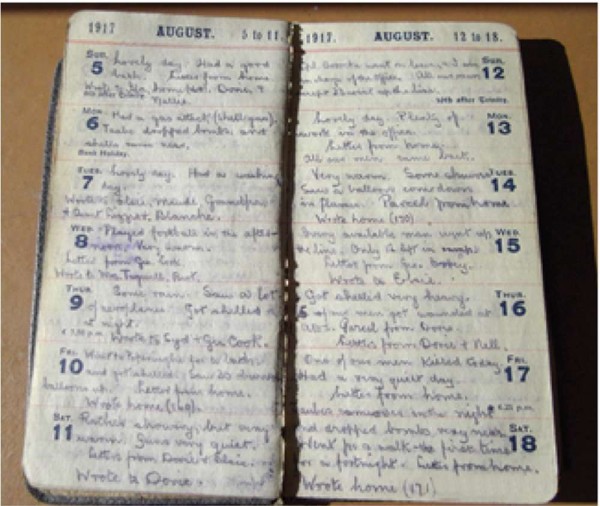 (Pictured Above: Rennie Crick’s diary for August 1917. It was small enough to be hidden in a pocket. Notice that he had written 171 letters home up to this point in the war)

However, there was some excitement this month in the village. Several units of the Canadian Field Ambulance (RAMC) paid short visits to Cranleigh from their station at Witley. The Surrey Advertiser described them as ‘camping out on the Common and adjoining meadows, where their drilling, including gas mask drill, has proved very interesting. They staged two baseball matches, and an open-air dance on the grass in the evening, to music by their fife and drum band’. It must have been a welcome interlude in the War.