Home » Education » Joy of Cranleigh – What was happening in Cranleigh in December 1918?
0

Joy of Cranleigh – What was happening in Cranleigh in December 1918?

On Saturday, December 14th, Christmas shopping was not uppermost in Cranleigh people’s minds. It was election day – the first general election for eight years – and 654 Cranleigh women over 30 were voting for the very first time. In the country, the electorate rose from 7.7m to 21.4m, and in the Cranleigh ward of Guildford constituency it increased from 516 property-holding men in 1910 to 1,311 people in 1918. This now included all men over 21 (and not just property-owners), besides the women. It was not until 1928 that all women over 21 gained the vote. There had been petitions to parliament on the subject since 1832.

Among the women now entitled to vote were the mothers of the soldiers these articles have been following throughout the war. They were Mrs Annie Crick of the Northampton Boot Store, mother of Rennie Crick of the R.A.M.C., and Mrs Ruth Cheesman, mother of Joe Cheesman, who had been a prisoner-of-war: they were both able and competent women. Mrs Eliza Greenfield, mother of the three boys killed on the Somme, was also eligible. So was war widow Mrs Louisa Bowley of ‘Chez Nous’ in Grove Road, an enterprising woman who had run a chicken farm on her extensive grounds in order to support her three children. 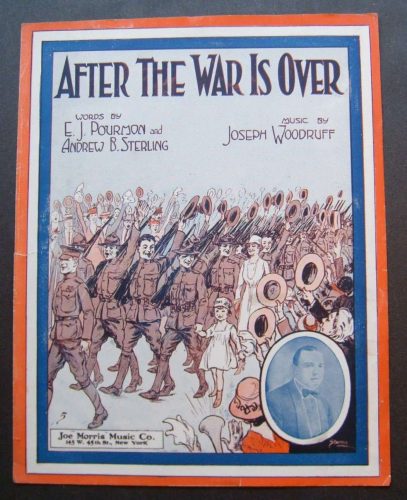 Being able to vote must have been a particular satisfaction for the Cranleigh artist, Marjorie Hamilton, who had designed posters for national suffragette demonstrations. She was registered on the electoral register as living at ‘Rosemary Cottage’ in Avenue Road, but was said to be absent on military service – the only such woman in Cranleigh. So far, research has failed to discover what she was doing, or where.

Sadly, Mrs Florence Parsons and Mrs Alice Nightingale, who figure on the electoral register as qualified to vote, had both died in November of the Spanish Flu. 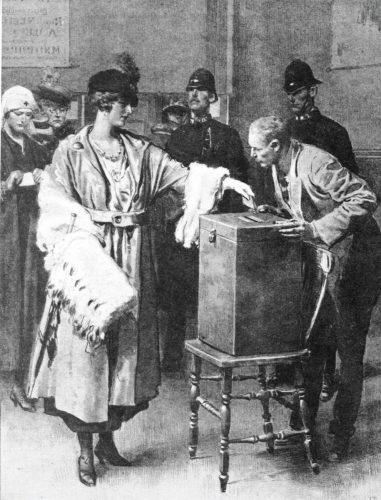 Historic picture in the Illustrated London News of a lady voting

There were only two candidates for the Guildford seat: Edgar Horne (Conservative), who lived at Hall Place, Shackleford, and had been elected in 1910, and William Bennett (Labour), a pharmacist of York Road, Guildford. The Surrey Advertiser was blatantly partisan in its support of Edgar Horne, reporting on all his public meetings in the villages – even though he said much the same each time – and giving very little coverage to William Bennett, and most of that unfavourable. At Alfold, Mr Horne ‘welcomed the presence of ladies as an indication that they intended to take their new responsibilities seriously’(!) His meeting at Cranleigh Village Hall was at 8.00pm on Saturday December 7th, after he had made a quick dash from a 7.00pm meeting at Ewhurst.

The votes in this ‘Khaki’ election were not counted until December 28th, because of the time needed to gather the forces’ votes. In Cranleigh, 119 voters were absent on naval or military duty. Some ballot papers were spoiled by voters writing ‘Good luck!’ next to one or other candidate, or even ‘Nothing doing’! 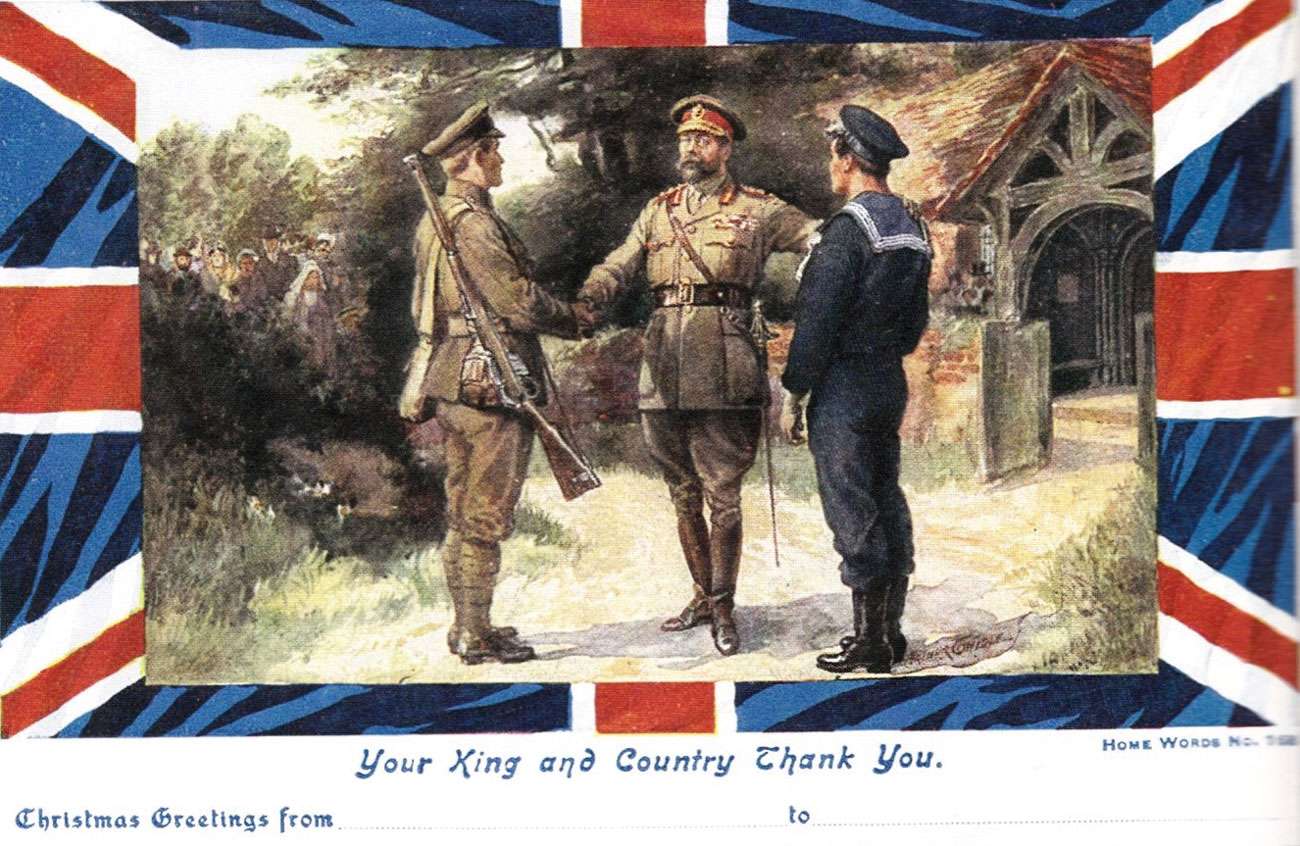 A grateful Christmas card of 1918

Lloyd George swept back to power at the head of a continued Liberal-Conservative coalition, on a platform promising a trial for the Kaiser and indemnities from Germany, and ‘a fit country for heroes’. In Guildford, Edgar Horne received 13,149 votes to Bennett’s 5,078.

Christmas must have been celebrated with relief and thankfulness in Cranleigh and by those serving in the Armed Forces. After his exciting escape from German imprisonment through Holland, Joe Cheesman had reached home in Victoria Road in November and was allowed to stay in Cranleigh for Christmas, though he was not yet demobilised. In France, Rennie Crick had been made demobilisation clerk for the 34th Field Ambulance (‘Some job!’, he commented in his diary) and sent home two batches of miners, as priority workers. He enjoyed a ‘fine spread’ at the hospital on Christmas Day, with dancing and singing in the evening. 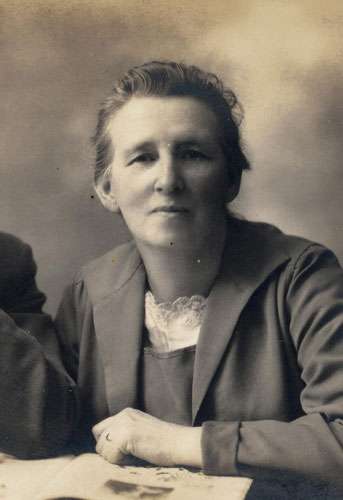 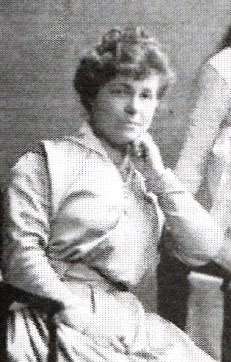 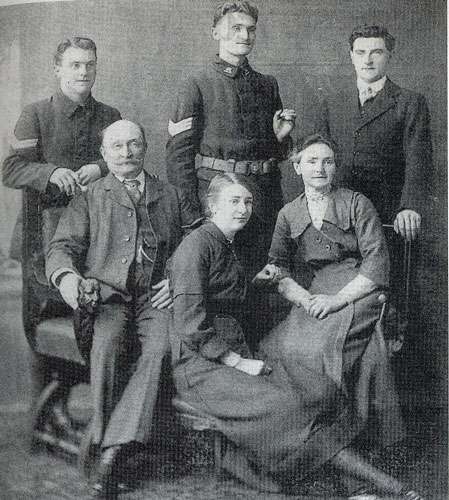 Mrs Eliza Greenfield (Bottom Right in photo above), whose three sons died on the Somme 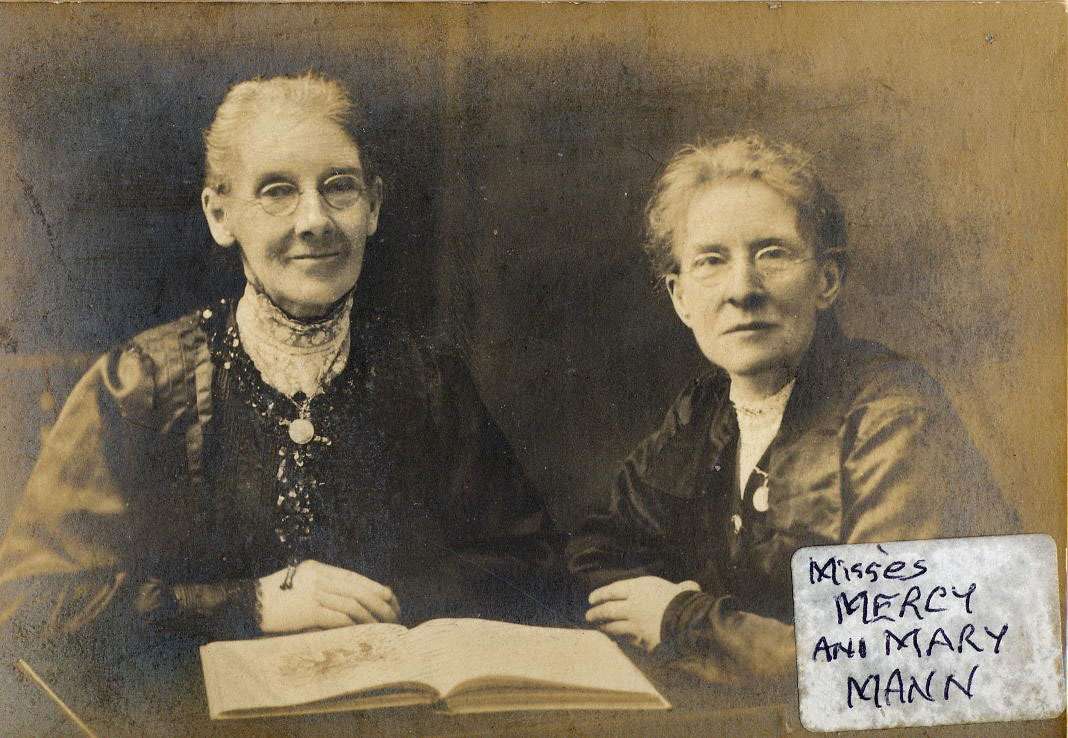 Mercy and Mary Mann, who ran a teashop and confectionery in Dorset House

The Cranleigh History Society meets on the 2nd Thursday of each month at 8.00pm in the Band Room. The next meeting will be on Thursday December 13th, when Joy Horn will speak on ‘James Puttock, wheelwright of Cranleigh’. Christmas drinks from 7.30pm.

Back A Gift of Food!
Next Crane Spotter – December 2018 – Black snow fooling
Related Articles
No Comments