Home » Local Cranleigh » Joy Of Cranleigh – What was happening in Cranleigh in June 1917?
0

Joy Of Cranleigh – What was happening in Cranleigh in June 1917?

On June 13th 1917, the nation was appalled when 162 people were killed in a German air-raid on London, including 18 children (most of them under six) at an elementary school in Poplar. It was the resumption of the German air campaign against the capital, only now they had abandoned Zeppelins and were using large Gotha GIV aeroplanes, which caused greater loss of life. War casualties were no longer confined to contending armies fighting far away from home, but could now be inflicted in the heart of the community. This may be the occasion to look back on how air attacks had affected Cranleigh up to this point in the Great War.

The Zeppelin attacks had begun two-and-a-half years earlier, in January 1915. These huge, slowmoving, almost silent, airships brought devastation and destruction, and flew too high for the British anti-aircraft guns available at that point. The pilot Heinrich Mathy was a German ace of fifteen successful Zeppelin raids on England. 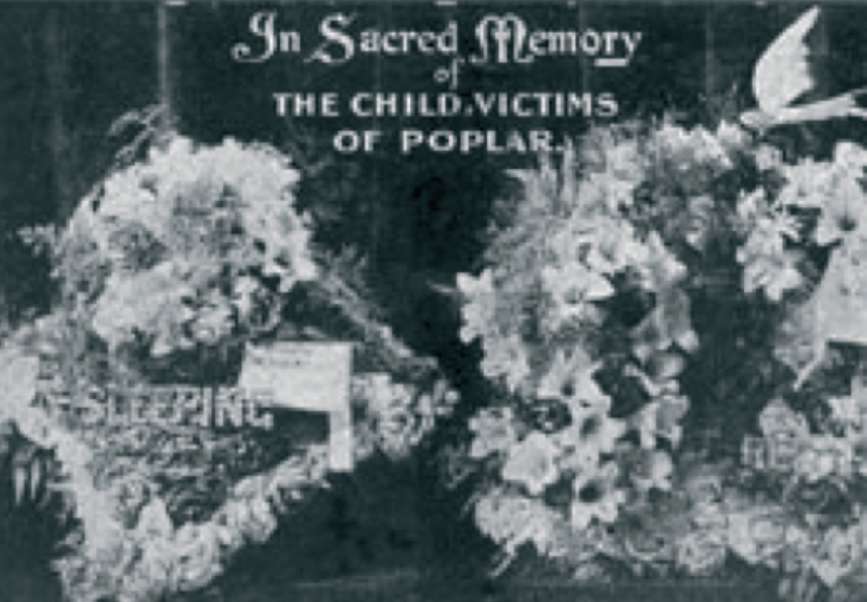 Wreaths at Poplar to the schoolchildren killed in the Zeppelin raid

In July 1915, the people of Cranleigh were informed that the hooter at the Gasworks would be sounded if any hostile aircraft were spotted. It was decided to familiarise people with this by having practice soundings on Tuesdays and Fridays at midday.

If Cranleigh escaped the attentions of the Zeppelins, Guildford was not so fortunate. On Wednesday, October 13th 1915, Heinrich Mathy himself in the Zeppelin L13 dropped twelve bombs on St Catherine’s village, Guildford. It seems likely that he was intending to bomb the Hampton waterworks, but missed a bend in the river Thames, and followed the river Wey instead. Considerable damage was done to property in St Catherine’s, but no one was killed – apart from 17 chickens and one swan. Wartime reporting restrictions meant that there was no report or even mention of this in the Surrey Advertiser or other newspapers. 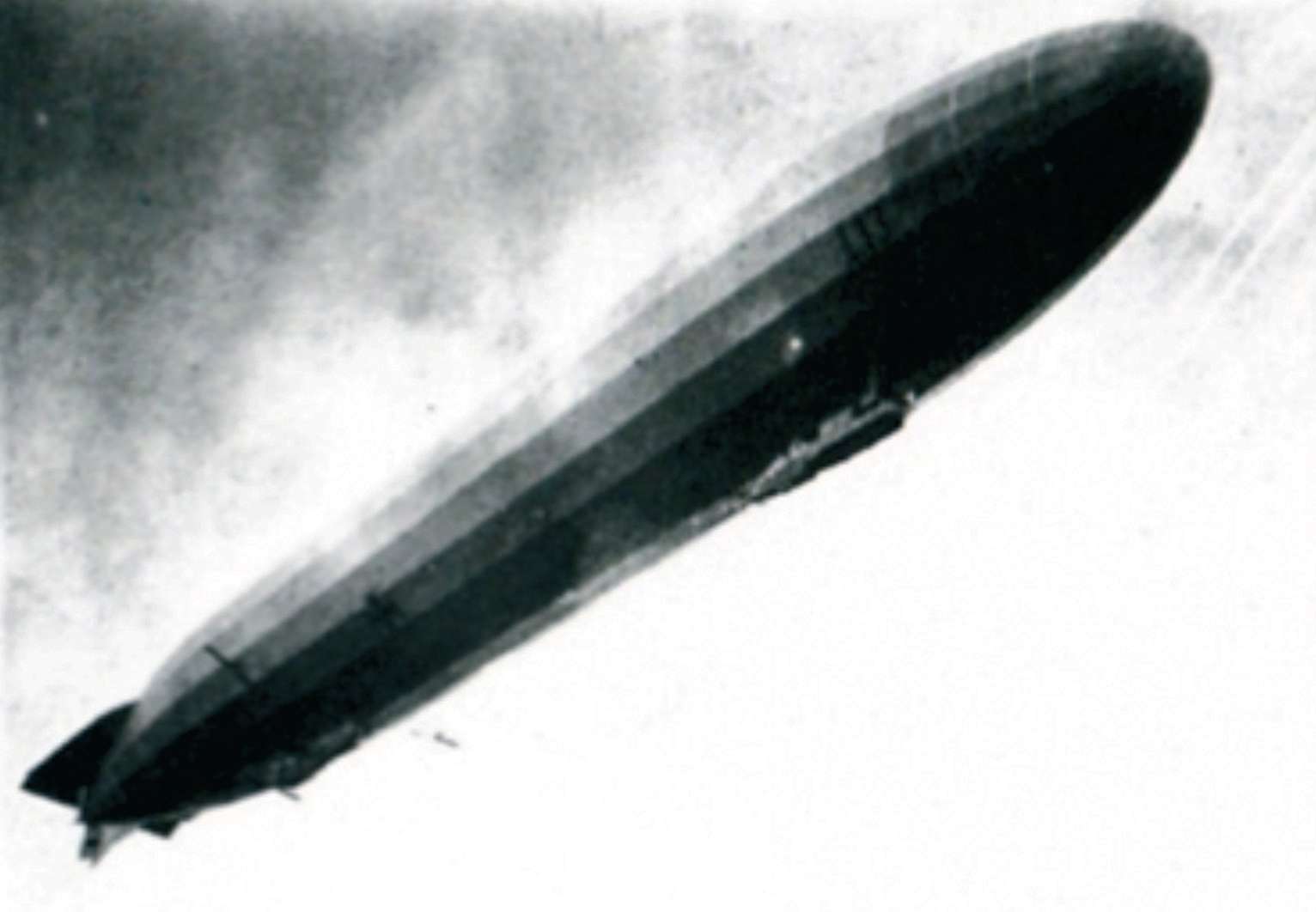 An ‘accidental’ bombing like this could happen in Cranleigh too. Within days, on October 28th, the members of the Baptist church resolved to insure at once ‘against possible damage by hostile aircraft’. The Zeppelins continued to cause death and destruction across the capital in 1916. It was not until September 2nd 1916 that the first Zeppelin was brought down. The heroic Lieutenant William Leefe Robinson, of 39th Squadron, Royal Flying Corps, flew close over and around the SL11 airship, and fired incendiary bullets into it. The airship caught fire and came down at Cuffley, Herts., killing the entire crew. Leefe Robinson was awarded the Victoria Cross.

The tide was turning against the feared Zeppelins, with more effective search-lights and longer-range anti-aircraft guns. A month later, on the night of October 1st, when eleven Zeppelins attacked London, they were all repelled. Heinrich Mathy was in the Zeppelin L31. It was set alight by another brave pilot, 2nd Lieutenant Wulstan Tempest, and brought down at Potters Bar, all 19 on board being killed. 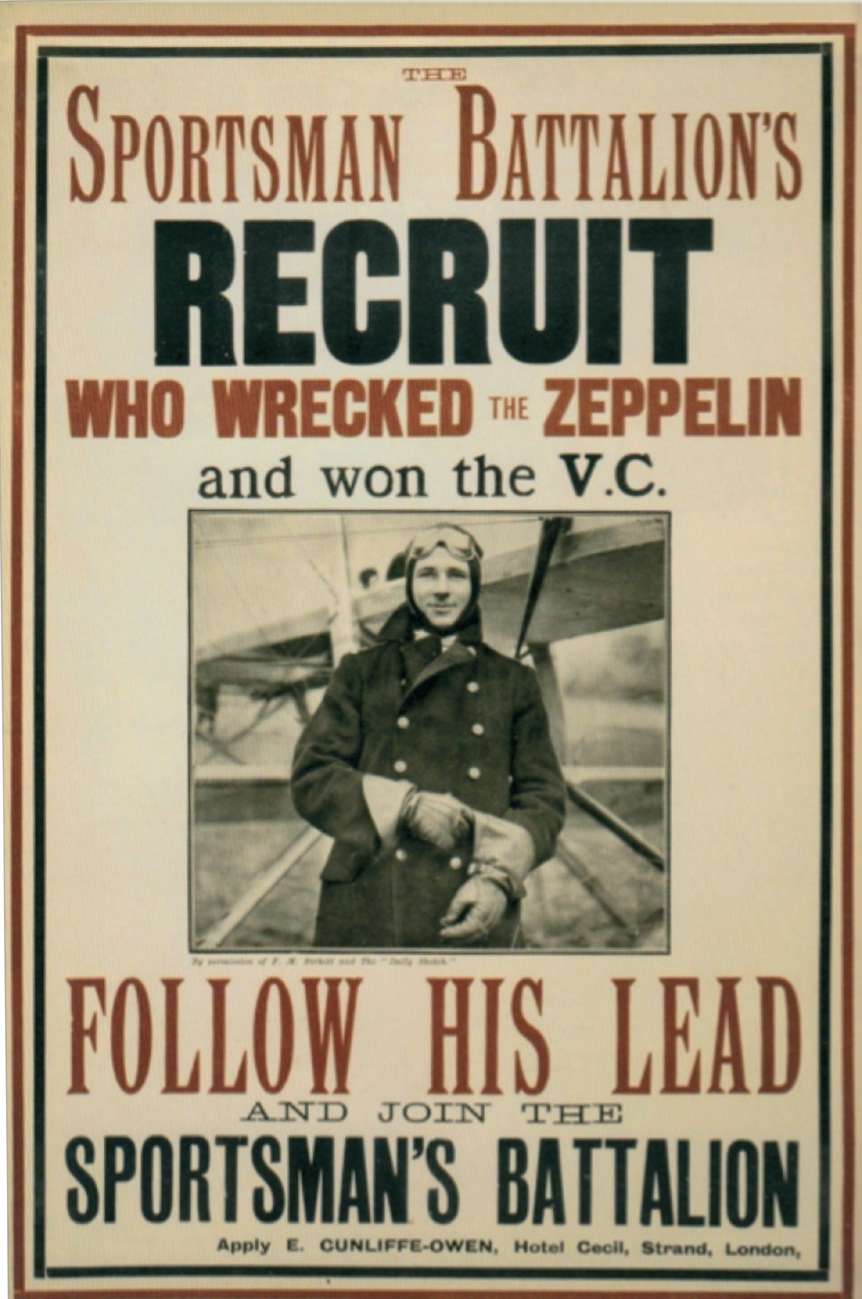 This was followed by five months’ respite from air attack. Cranleigh had been spared the bombing faced by people in the capital, but they knew that the danger always existed, so the lighting restrictions were strictly enforced by the local police.

In February 1917, it was on the evidence of Police Constable Saunders that two respected shopkeepers, Charles Crick of the Northampton Boot Store and Henry Rowland of the grocer’s shop next door, were summoned before the Guildford County Bench, accused of failing to screen the lights in their shop windows. In defence, they produced a London newspaper whose blackout time they were following, but it turned out that blackout time in Cranleigh was half-an-hour earlier than in the capital. As it was an understandable mistake, the case was dismissed.