Home » Education » Joy of Cranleigh – What was happening in Cranleigh in November 1917?
0

Joy of Cranleigh – What was happening in Cranleigh in November 1917?

Cranleigh’s first garage opened in the Ewhurst Road, next to the White Hart, but as car sales mounted it moved to larger premises next to the Three Horseshoes

Three incidents from November 1917 highlight how life has changed in the past century. At the Guildford County Bench on November 16th, Arthur William Upson of Cranleigh was summoned
for having used petrol for an unauthorised purpose, and his employer, Mrs R. Thorpe, was also summoned for permitting this. Their crime? PC Sawyer reported having seen Upson driving two ladies to St Nicolas church, Cranleigh, just before 11.00am on November 4th. Upson had driven them here from Shamley Green. In his defence, Upson said, ‘I thought I could bring them to church’. Mrs Thorpe said of the two ladies, ‘They rang up and asked if I could take them, so I let the car go.’ Both Upson and Mrs Thorpe were dismissed with a caution, the chairman telling Upson he must not take people to church by car in wartime.

Another court case involved an unnamed 13-yearold Shamley Green boy, whose father was away serving in France. After school hours, he was employed as a delivery boy, and, having received 4s 4d from a customer, failed to give it to his employer. He was sentenced to receive ‘6 strokes with the birch’ for embezzlement. This would have been administered privately by a policeman, on the boy’s bare buttocks, usually immediately after the magistrate’s sentence, either in a room at the court or at a nearby police station. Birching was used a judicial punishment for boys under 14, especially for petty theft. It was abolished in 1948. 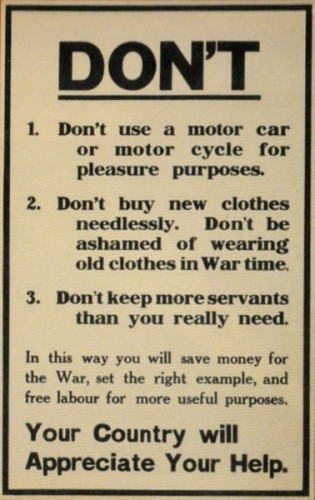 An announcement in the Surrey Advertiser may have occasioned shock and horror here: ‘The Dairymen of Cranleigh beg to inform the inhabitants that on and after Monday November 12th 1917, there will be only one delivery of Milk daily during the winter months.’ [Signed] E. Mann of Vine Farm Dairy, G. Weller of Park House Dairy, H. Worsfold of New Park Dairy and Hannaford of Rye Farm Dairy. Only one delivery? Under pressure of the war, standards were slipping!

On November 28th, a concert was put on at the Oaklands Red Cross Hospital, and the Quartermaster, Hester Godfrey, persuaded several of the performers to sign her programme, and then stuck it into her scrapbook as a memento. The performers were a mix of soldier-patients and staff. Nurse Betty Chadwyck- Healey, who sang ‘The Gipsy Trail’, was the daughter of Charles Chadwyck-Healey of Wyphurst (now St Joseph’s School in Amlett’s Lane). The violinist Margaret Fortune came from New House Farm. She was a volunteer who ‘did house and parlour work regularly twice a week’, clocking up 1,500 hours before the war ended. Mrs Marie Lee, who contributed a recitation, was an unpaid cook. 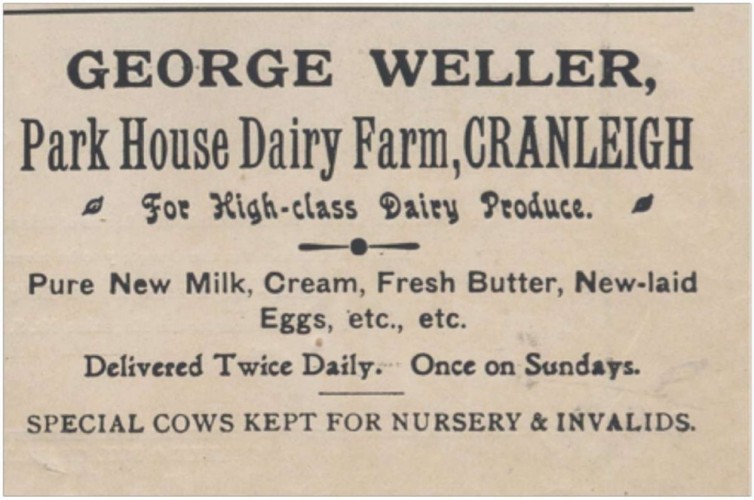 The Park House Dairy advertisement in the St Nicolas Parish

Far away from these relatively insignificant happenings in Cranleigh, the 3rd Battle of Ypres came to an end at last on November 10th, when the Canadian Corps took the ruined village of Passchendaele. The casualties during the three-month battle were enormous, and included four Cranleigh men killed. Far away in Petrograd (St Petersburg), the Bolsheviks had taken over the government of Russia, in an almost bloodless coup. One of Lenin’s first acts was to issue a unilateral Russian Decree of Peace. Russia had withdrawn from the war, and there would be huge repercussions.

The Cranleigh History Society meets on the 2nd Thursday of each month at 8.00pm in the Band Room. The next meeting will be on Thursday 9th November, when Bernard Lockett will speak on ‘Gilbert and Sullivan: a satirical comment’. 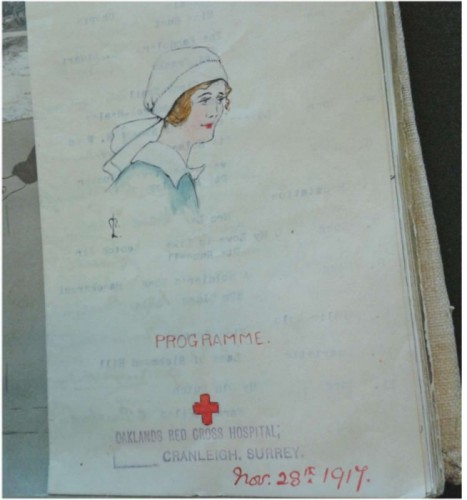 Back Stress: Friend or Foe? – Sue Potgieter
Next Remembering Friends and Food
Related Articles
No Comments