Home » Education » Joy of Cranleigh – What was happening in Cranleigh in September 1917?
0

Joy of Cranleigh – What was happening in Cranleigh in September 1917?

Patients and staff at the Red Cross Auxiliary Hospital at Oaklands

The group picture shows the patients and staff at the Red Cross Auxiliary Hospital at Oaklands, Knowle Lane, a house which Sir George Bonham of Knowle had made available rent free. The men were all convalescent war-wounded soldiers from a wide variety of regiments. They are wearing uniform of navy blue with a red tie, and they had become a familiar sight in Cranleigh. The village took the soldiers to its heart and treated them as heroes, raising money, knitting and sewing, and laying on entertainments.

A scrapbook still exists that was made by the quartermaster, Hester Godfrey. Pictures from it are reproduced by permission of Surrey History Centre, Woking (SHC, 6250/1, Oaklands Red Cross Hospital Scrapbook, 1916-18). 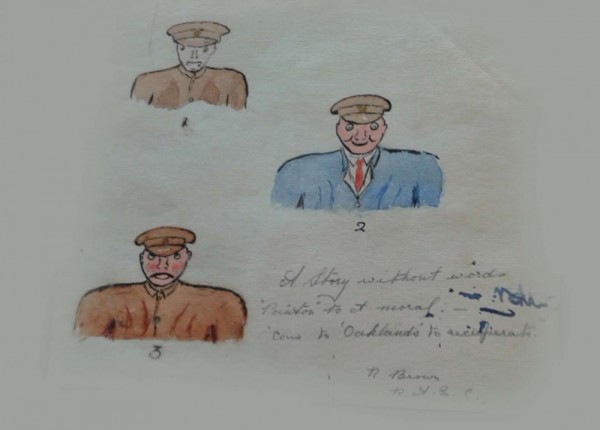 Hester lived at West Gables on the Common, and was given this printed scrapbook as a Christmas present. She entered photos and newspaper cuttings, autographs, programmes and drawings, and created a delightful souvenir. The camaraderie and fun among the soldiers and staff are very evident. Men were relieved to be safe and on the road to recovery, even if some of them must have wondered whether they would be employable in the future. A drawing by one R. Brown of the Royal Army Medical Corps says ‘Come to Oaklands to recuperate’. The scrapbook has printed double spreads going through the alphabet on topics like ‘Grouses’, ‘Matron’, ‘Nurses’ and ‘Woodbines’, with some background illustrations, but plenty of space for photos and mementos to be added.

Sadly, many of the photos have deteriorated with time. The page headed ‘Dispenser’ has the autograph of Mr R. Hillman Attwell, the local chemist (the Cranleigh Pharmacy is on the site today). Pictures of Scots are on the spread entitled ‘Jocks’. ‘Rest’ shows soldiers playing croquet. The garden they are playing in was originally designed by the great Gertrude Jekyll: all signs of her handiwork had vanished by this time. 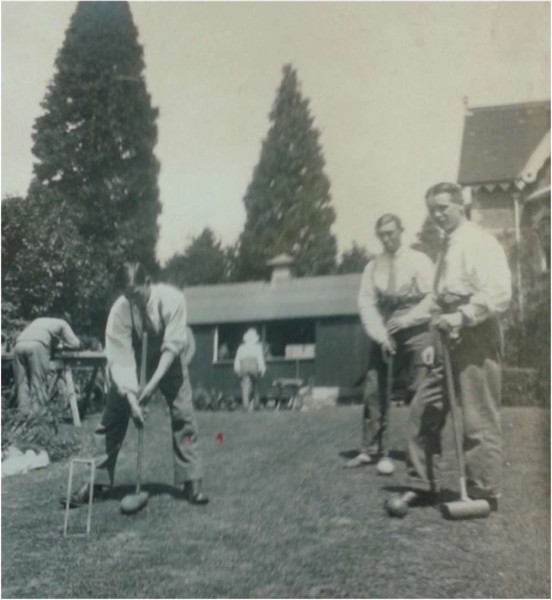 Croquet in the garden, on the spread entitled ‘Rest’ (copyright of Surrey History Centre)

The spread entitled ‘Food’ includes a photo of the cook, Mrs Clara Buckman, who came in daily from her home in the High Street. She must have had plenty of work as she catered for 33 men and 10 staff. Nevertheless, she stuck at it for two years, with an annual salary of £24, which rose to £26. Her husband,  Albert, joined her in 1918, as gardener and general useful odd-job man, also looking after the pigs and poultry. He earned 28 shillings per week for this. ‘Visitors’ include J.H. Naumann, lieutenant, The Rifle Brigade, a near neighbour at Redhurst in Knowle Lane, whose father drowned when the Lusitania was sunk by German U-boats. 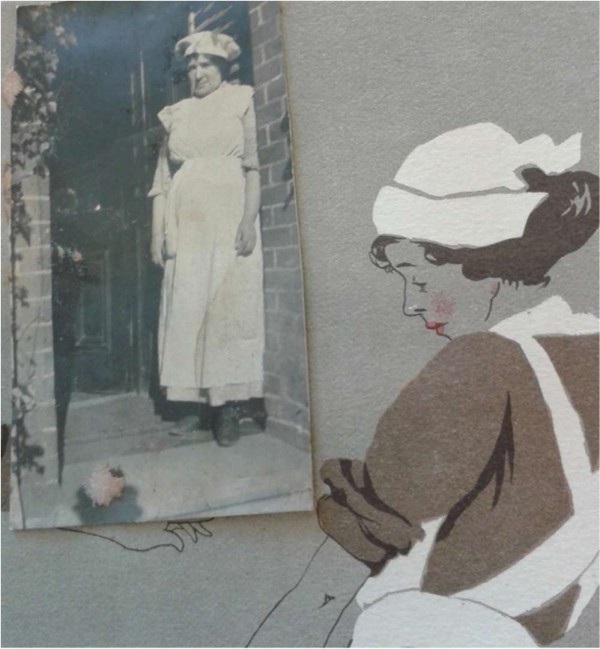 Autographs range from the commandant, Mrs Clementina Rowcliffe of Hall Place, to Mrs Rose Batchelor, the charwoman and scrubber. Some of the dozens of soldiers who sign add poignant personal details, such as ‘Gunner H.J. Denney, 27th Siege Battery, Royal Garrison Artillery, wounded at Ypres, 4 Sept. 1917’. R.A. Clemitson of the Durham Light Infantry gives two dates, in May and November 1917, perhaps indicating that he stayed at Oaklands for six months. 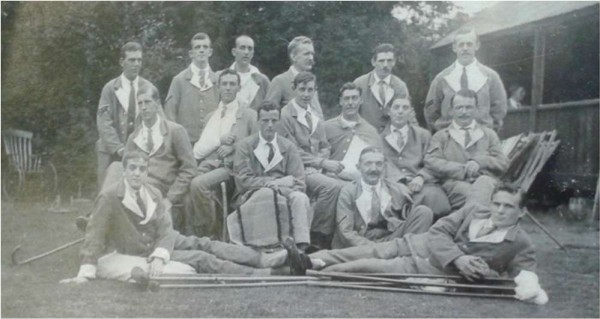