‘When visiting Nick in his office you can’t help but notice the large severed head of a dead crocodile laying on the shelf and wonder . . . how did it get there?’ 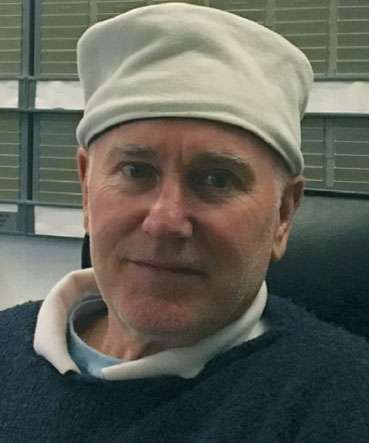 Nick Squire runs Sabre Stone in Cranleigh, a thriving stonemasonry company that specialises in bespoke kitchen worktops. However, in 2012 Nick decided to do something new and “hatch” an idea for a film script . . . as we all know, masonry is very different from film!

Nick first moved from Somerset -his family home- to London in his early twenties, without a traditional skill set and no plan. He managed a delicatessen at the Angel, North London for a few years before running fine antique silver around the New Bond Street dealers.

In the mid 80’s, Nick and an old school mate set up the first independent paintball site in the UK: “Campaign Paintball”, which is still being run by his brother today. Ten years later and Nick realised that paintball games weren’t for him but he didn’t have a clue what to do.

Nick moved down from London to escape to the fresh air of Surrey, settling in Shamley Green and becoming involved in two stone masonry partnerships before setting up Sabre Stone Ltd by himself. He remembers his grandfather famously saying with his broad West Country accent, “the worst ship that ever sailed, was a partner-ship!”

With the Sabre Stone ‘Ship’ established, Nick goes onto explain how his film, ‘The Hatching’, came about.

“We all have those ‘midlife crisis’ times where we consider: “What have I done? What will be left when I’m gone?” With the encouragement of his wife, Jenny, and their three children, Nick decided he would have a go at writing a film script. Whether it would take 10 years, 20 years, either way, it would be a hobby he’d enjoy – even if it never went anywhere – it would just be a bit of fun and that’s how it began.

Nick purchased a laptop computer, some writing industry software, and started to put ‘pen to paper’ as it were. He soon discovered that it was actually quite hard, if you are not considered to be a writer – which he wasn’t. Confronted with a blank page and needing to go somewhere with it was quite daunting!

The inspiration for the film setting came after reflecting back to his childhood where he was brought up on the Somerset levels. It was a place he loved, with a wealth of memories that he could draw from. “There’s nowt as queer as folk” they say, and Somerset has its fair share!

Once he had a setting, he began thinking about all the possibilities. He says: “As soon as there was a basic story to work with, it just sort of evolved. Once the characters were formed there were people to play with and I soon found it was taking shape.” 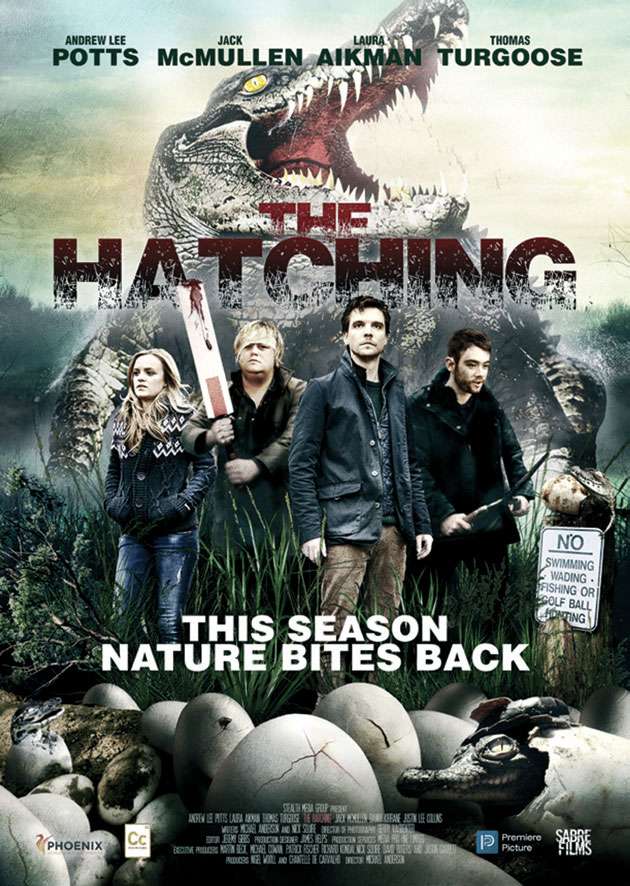 (Pictured Above: Promotional film poster for The Hatching)

Nick based The Hatching around a firm of stonemasons in a small Somerset village. Sound familiar? Some of the characters were originally based on the guys he works with at Sabre Stone. Certainly Russell, who is famous for singing in full voice. Another character in the film, Tim, is based on an old friend of Nick’s who goes by the same name.

While chatting to Nick it’s hard to ignore a fake, life-sized head of a crocodile in the corner of the office showroom at Sabre Stone and not query where it came from? Turns out it’s actually a prop from the film where Tim, played by Andrew Lee Potts, goes fishing and hooks something big. It was Nick’s wife, Jenny, who suggested:” Why not a crocodile?”

He started to contemplate how a crocodile might be in a Somerset lake – as it’s not exactly a native species! How he could make this work? The storyline developed into three boys sneaking out from a boarding school at night, and breaking into a local Zoo to steal crocodile eggs.

Gradually, the story evolved, with the script taking around 12 weeks to write. It was at a home BBQ that Nick invited an old friend, Mike Anderson-who is a director himself-to look at it. Being in the film industry, Mike got handed lots of scripts but he kindly agreed to look at Nick’s. Initially his response was guarded, though positive, and he thought it had the potential for commercial production. After that, they started rewriting together and it went from there.

Filming took about five weeks on the Somerset levels, fortunately finishing just two weeks before they had the flooding in 2013!

The production team were able to recruit well- known actors as well as locals for the shoot.

Post production took about six months leaving only about 2% of the budget for marketing, creating posters, and other additional things. 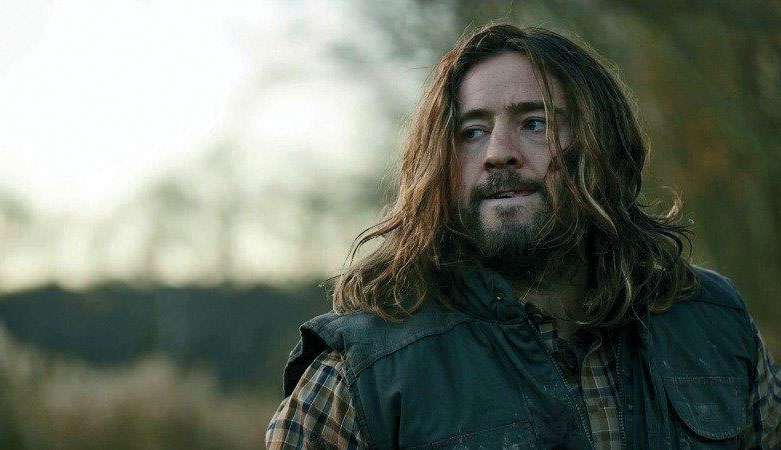 (Pictured Above: Justin Lee ‘JLC’ Collins is a multi award winning documentary and television presenter known for his long hair and colorful appearance. He plays the role of Uncle Stan.)

At the mention of finances, Nick admitted writing is the easy part compared to raising the funds.

They raised the money through local investors, friends, and friends of friends, with about 60% coming from private equity. It took about a year to pull the money together, all the while rewriting the script. Without local support it could never have happened and Nick and Mike would like to thank those people very much for getting involved – they know who they are.

The producers have sold The Hatching around the world including China, Japan, Australia, most of Europe, and to Lionsgate in North America 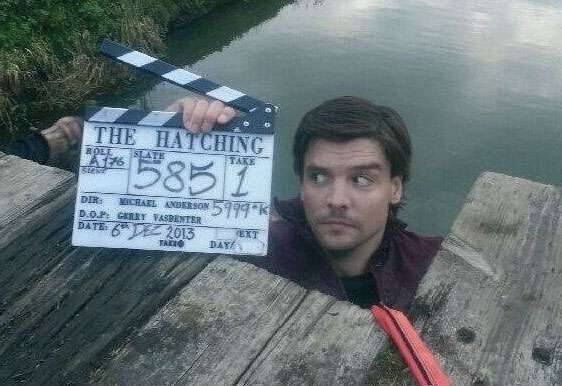 Nick and Mike have plans to make three films in total, all based in Somerset. Nick has the script for a second film finalised, and they have a working title of “Attack of the Werepoodle”. The second film will be based on an Eastern European ‘circus’ arriving in a small Somerset village, whilst the third will be a sort of homage to Frankenstein called “The Beast of Bodmin.”

Excitingly, they have three video games in the pipeline as well. Because of the nature of the film, there’s lots of fun to be had with video games. The first of the games is being manufactured in Croatia; the game play is from a crocodile’s perspective, who is eating to get bigger and progress in the game. Sabre Games is owned by Nick and Mike, and the team is set up with names like Gary Dunn who is the ex vice president of Sega games.

Nick reflects on this new chapter and is proud of all the things that he has achieved. Most of all, his courage to have a go and not give up when faced with adversity.

Another part of Nick’s life very close to his heart are his dogs. A few years ago, he and the family were looking to get another dog to keep their Jack Russell company when they came across a photograph on the front cover of Country Life of a Sealyham terrier puppy with the headline “Save our Sealyhams”. They swiftly contacted Harry and Gail, a couple who run a small Sealyham charity based in Devon, and who are both absolutely passionate about saving the breed. Harry and Gail invited Nick and his family out to walk with their pack of working Sealyhams.

Sealyhams were bred initially to bate badgers so they’re fearless little terriers, but they’re also very loyal and make great companions – the Royal family actually used to keep them before they kept corgis. They do also make an appearance in the film! 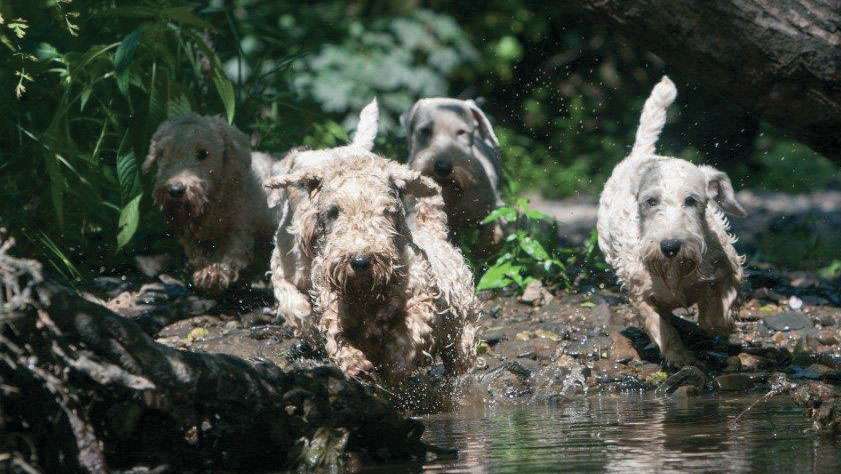 Unfortunately, the Sealyham terrier is endangered. Nick says that when he got their first Sealyham puppy, there were only something like forty bred that year, making them rarer than Siberian Tigers. They could have got any dog, but thought it would be something positive to get a Sealyham as meeting Harry and Gail really inspired them to try and help.

Nick has a deep passion for the materials he works with, film making, and his Sealyham dogs. He says being based in the beautiful countryside in Baynards Park Estate means that he has plenty of inspiration for his next film script and also makes coming to work a pleasure.

If you are interested in learning more about any of the topics discussed in this people profile, or want to get involved, please visit the links below.

The Hatching can be viewed on Netflix or Sky Films.

Gail and Harry’s website can be viewed on www.mysealyhams.com 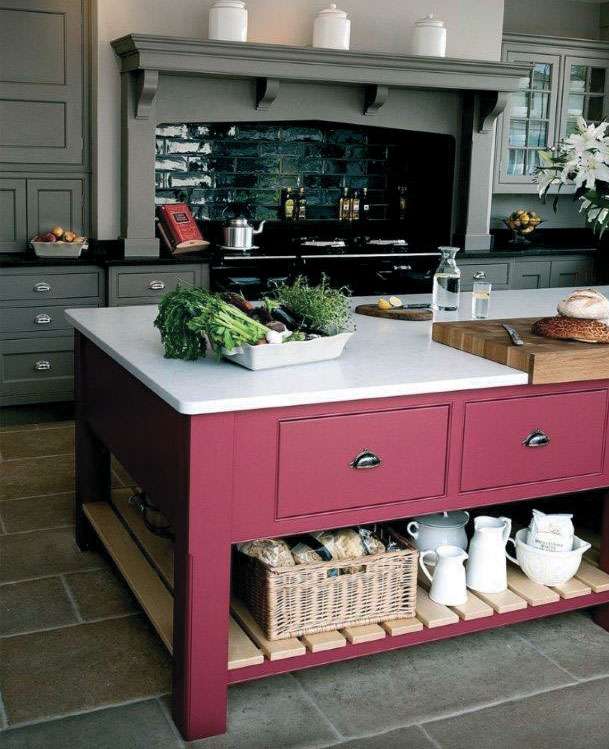 Back Fooling Cranleigh
Next Joy Of Cranleigh – What was happening in Cranleigh in April 1917?
Related Articles
No Comments