Home » Local Cranleigh » Joy Of Cranleigh – What was happening in Cranleigh in April 1917?
0

Joy Of Cranleigh – What was happening in Cranleigh in April 1917?

In April 1917, this song had to be re-written in the past tense.

A Public Meals Order prohibited the manufacture of ‘light pastries, muffins, crumpets and tea-cakes’ because of the shortage of flour. Alas! The Muffin Man disappeared from London streets, where he had been a fixture for generations, with his handbell and tray of muffins on his head.

Food was becoming a serious concern. An editorial in the Surrey Advertiser entitled ‘Eat less bread’, quoted Lord Devonport, the Minister of Food Control, as recommending that people should limit themselves to 4lb bread or 3lb flour per head per week. Even at this rate, stocks were not sufficient to get through to the next harvest. ‘The working people are larger consumers of bread than other classes, because they have not the means to purchase higher-priced articles of food, so the reduction of consumption should start from above. But all should do what they can’.

The typical daily diet of many labouring families would have consisted of bread, cheese and tea for breakfast; meat, potatoes, bread and tea for the mid-day meal; and bread, dripping, jam and tea for the evening meal. 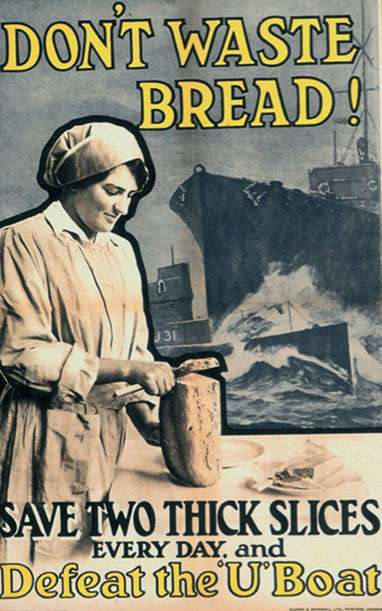 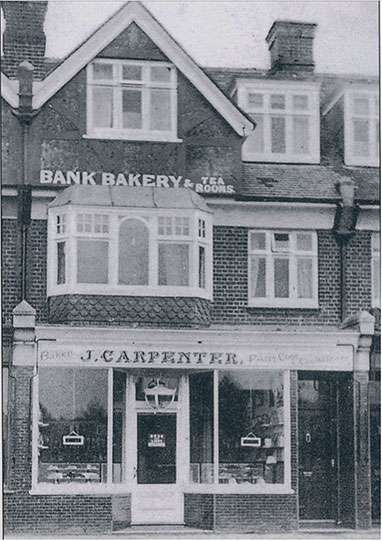 Mix the flour, salt and baking powder. Rub in the dripping.

Add the potatoes and mix well. Add cold water to form a stiff paste. Flour a board and roll out to ¼ inch thick. Bake in a quick oven.

Housewives were being asked to exercise even more ingenuity in order to feed their families. Some of them had found a recipe for making pastry using mashed potato as a substitute for part of the flour. But from now on flour could no longer be used at all in pastry-making. So no more apple pies or meat pies until the war ended!

One of the Cranleigh boys at the Front sent home a descriptive letter, published in the Parish Magazine:

‘We have been up the line again, doing a bit more scrapping. When in support, we stayed for a few days in one of Fritz’s huge dug-outs i.e. a captured German one. It was marvellously constructed, having galleries running 400 yards underground along a high bank .

It had sleeping accommodation for over 300 men, and had twenty-seven entrances, and was perfectly safe.

The former curate of St Nicolas, William Drury, described conducting Easter services at the Front, ‘in the bottom of a deep trench, with our shells singing overhead all the time’.

In February 1917, the German military and naval leaders had decided on unrestricted U-boat warfare in the Atlantic, attacking neutral and not merely Allied shipping without warning. As a result, the United States, which had up to then avoided supporting one side or the other, declared war on Germany on April 6th 1917. George M. Cohan wrote what became a hit song, thanks to its catchy tune:

So prepare, say a prayer,

Send the word, send the word to beware, We’ll be over, we’re coming over,

And we won’t come back till it’s over, over there.

These words were perhaps a bit premature: in fact, it was not until April 1918 that American soldiers started arriving ‘over there’. 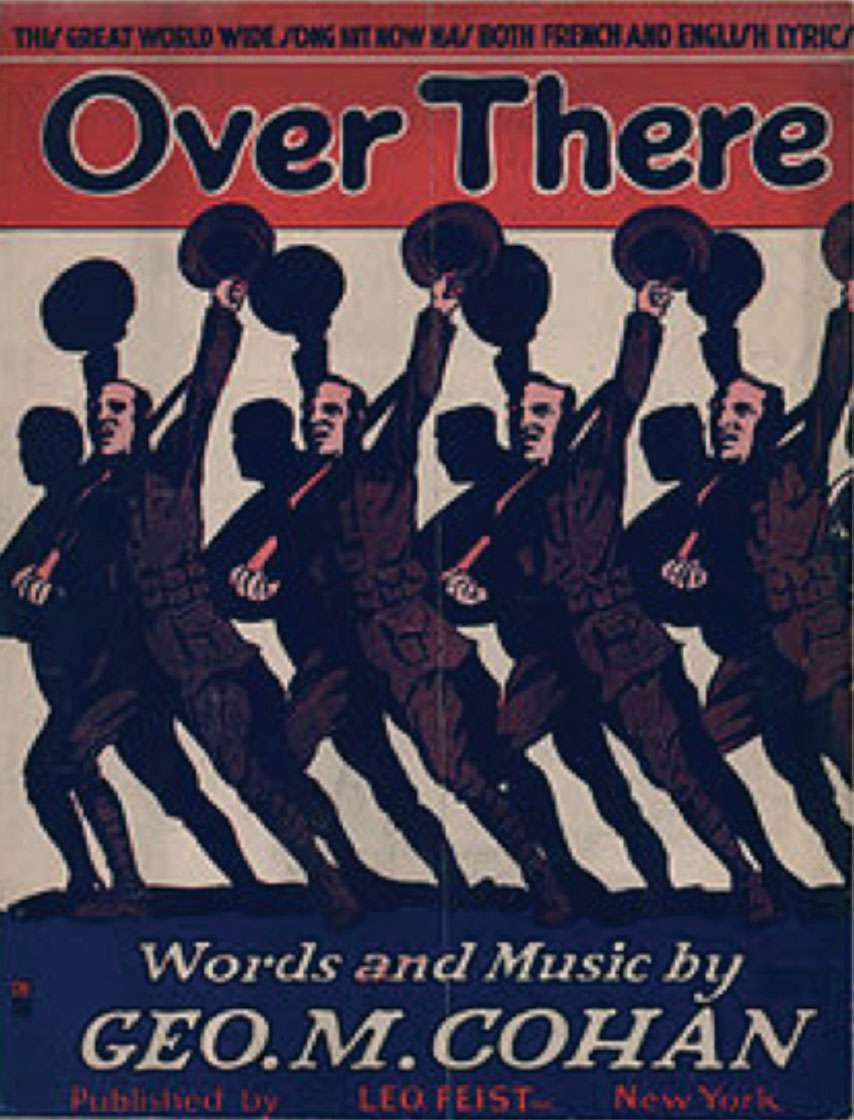 The Cranleigh History Society meets on the 2nd Thursday of each month in the Band Room. The next meeting will take the form of a guided tour of the Mullard Space Science Laboratory at
Holmbury House, on Thursday April 13th at 1:30.