I was born in Havant, Hampshire in 1948 and studied at Portsmouth Grammar School before going on to St Thomas’ Medical School in London.

Mine was the last of three generations of doctors, all of whom trained at St Thomas’. My father, a GP in Havant, was a big man both in frame and personality, and a doctor who truly loved his patients and his profession.

My parents met at St Thomas’, where my mother was a Nightingale nurse. In those days, nurses were unable to get married and stay on working at the hospital – how things have changed!

Following their marriage and over the next ten years, my mother had four sons, and I was the third. We were all fairly competitive. My younger brother, Phil, and I were both sportsmen but my eldest brother, John, very much a non-ball player, wisely stuck to sailing! My second brother, David, was into hockey and he also became a GP. 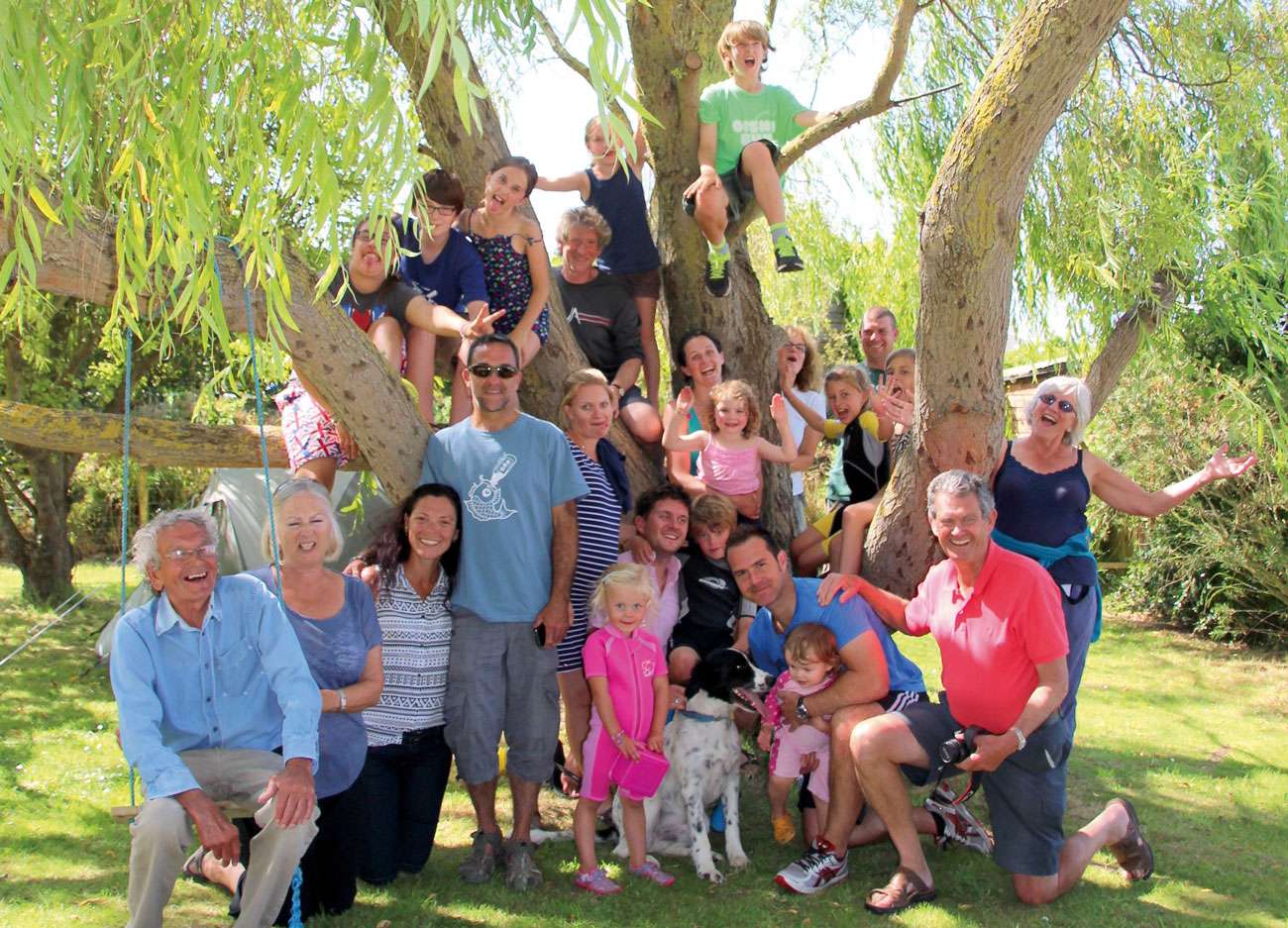 A big family get together at Mike’s home in Guernsey – 5 of the six grandchildren appear in the photo – the last, Freddie, was missing from the photo as he hadn’t yet arrived on the scene!!! Myself and Val are pictured bottom right

I met my future wife, Valere, when she was also training to be a Nightingale nurse. Having completed my house jobs, working at both St Thomas’s and Kingston Hospital, Val and I were married in September 1972, and then departed for our Down Under “overseas experience” – two weeks later! I was lucky enough to have been offered a job in Auckland by a Kiwi professor of obstetrics who I had met in London. This time in the Antipodes gave us the most fantastic start to our marriage, and in one of the most beautiful countries in the world.
We have only been back on 13 occasions!

We sailed for Auckland on the old emigrant liner, the *Northern Star, and I worked my passage as the assistant surgeon. The voyage took six weeks and was just a little delayed by recurring mechanical problems. However there was time to hone my deck cricketing skills and preside over the Crossing the Line celebrations.

I spent 20 months working in hospital jobs in Auckland, and so enjoyed working in obstetrics, that I even contemplated specialising in the subject. Then with a series of rural locums in general practice, my interest in general practice developed. In January 1975 we crossed the Tasman for Sydney, and then having acquired further GP experience in Sydney and up country, we returned home to England in May 1975.

In 1976 I spent my GP training year in Emsworth, and enrolled on the combined GP training course at Queen Alexandra Hospital in Portsmouth and the Royal Hampshire County Hospital in Winchester. The course also included a day of industrial medicine – spent, fortuitously, at Gales Brewery in Horndean! 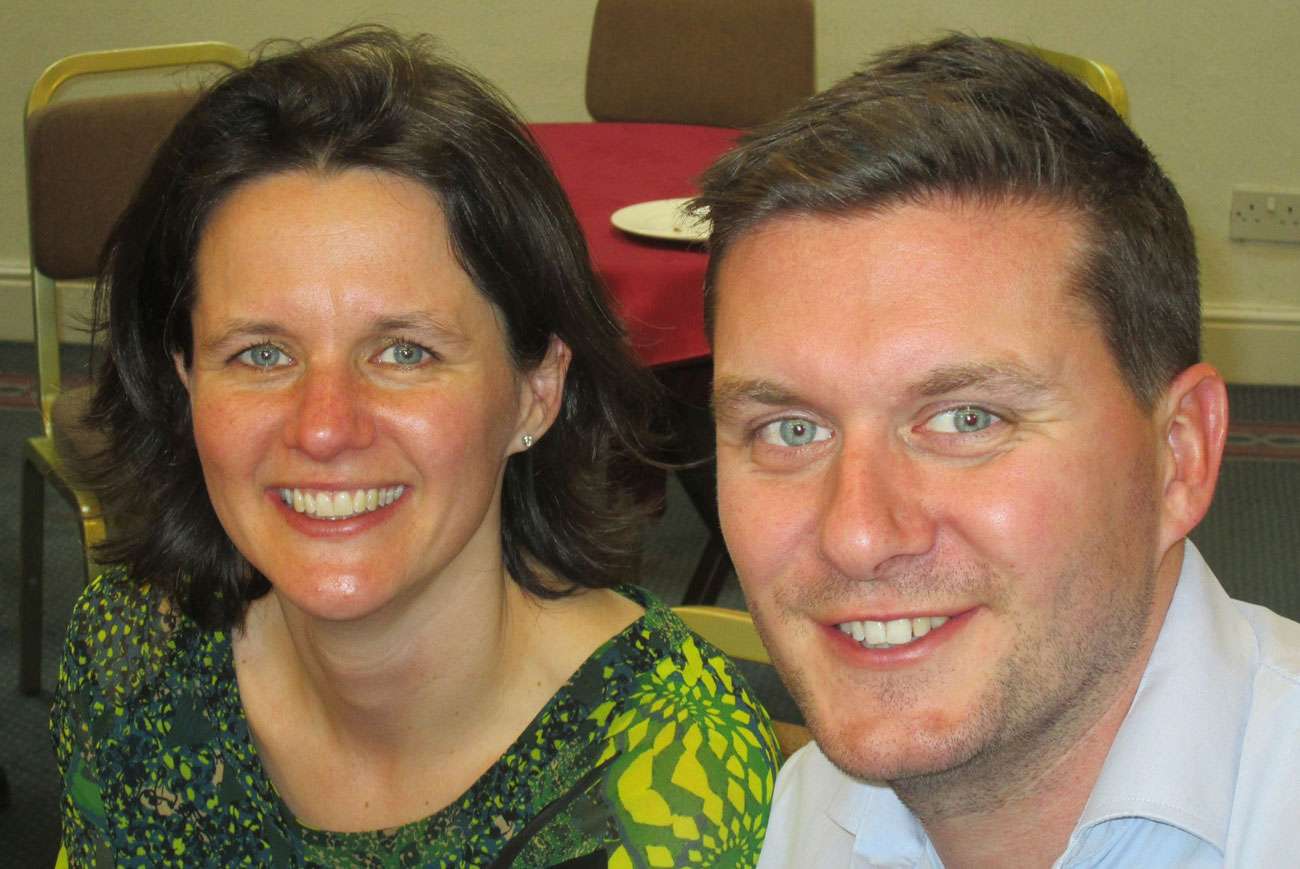 Our two children, Katie and Mike

In 1976 I also started browsing the adverts in the British Medical Journal, looking for a suitable GP practice, and was lucky enough to apply successfully for a GP vacancy in Cranleigh, following on in Dr “Tiny” Davies’ footsteps. On the day of my interview cricket was being played on the Common – so I even risked a half pint at the Cranley Hotel so I could relax and watch the cricket.

Thus we moved into Durnsford Way in early 1977 and then on to Woodland Avenue in 1979. In 1999 we moved again – to our present home on The Common in Cranleigh and here we are 20 years later!

In 1977 our daughter, Katie, was born, followed by her brother Michael, in 1979. Over 40 years later they now have their own families – Katie, in Herne Hill, with 2 daughters, and Mike, in Guernsey with 2 daughters and 2 sons. Neither of my children have followed me into medicine, but Katie now works at the General Medical Council. Mike works for the Guernsey based mobile phone company “Sure”.

I spent my working life in Cranleigh at the old Health Centre, but for a time was also the School Doctor at Cranleigh School. The in-patient and minor casualty work at the Village Hospital were also very rewarding responsibilities. I had hoped in my time as a GP in Cranleigh, I could have worked in a medical facility designed for the 21st C, but am delighted that my successors now have that privilege. 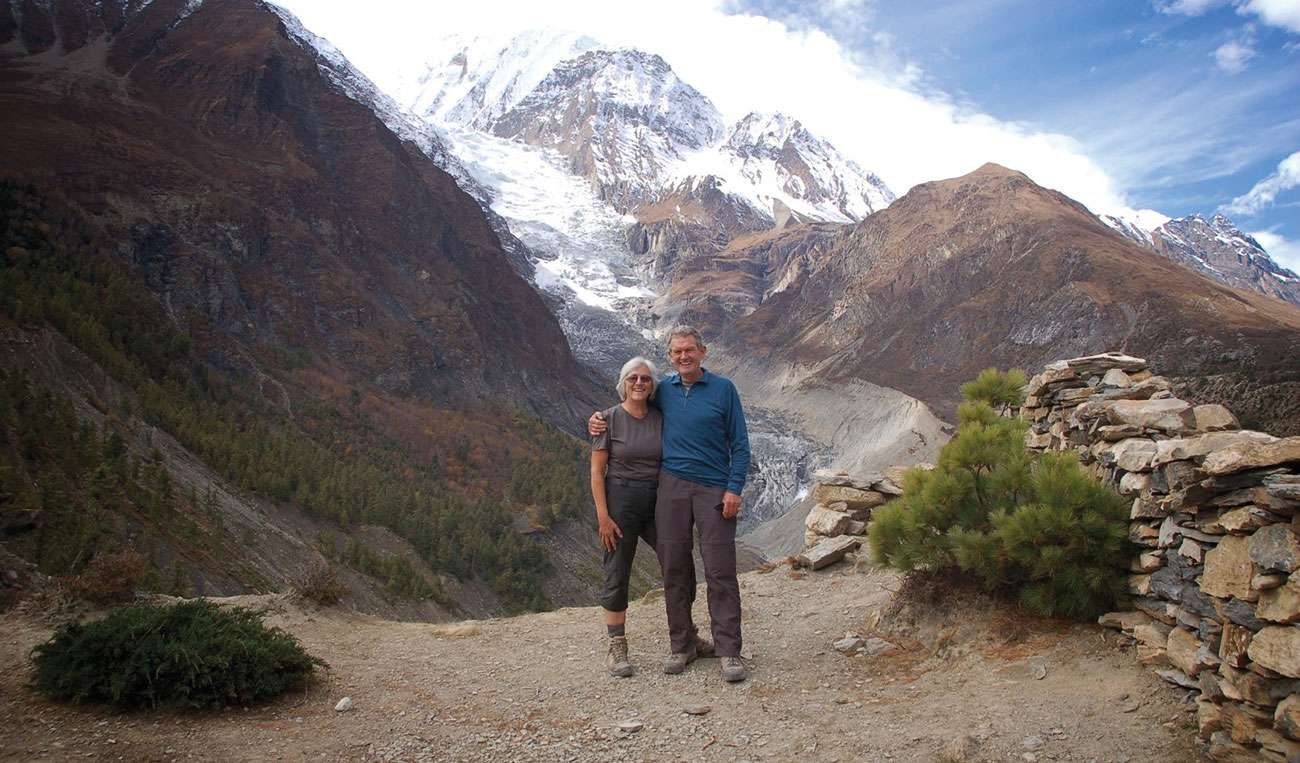 Trekking the Annapurna Circuit after my retirement

General practice can be stressful, but I had gained some confidence working overseas. Relating well to each and every patient is a goal we all try and set ourselves and when successful, this reinforces the confidence. Computerisation has been a huge undertaking for General Practice and has so many advantages – and one of the new arts of general practice has to be the balancing act of what is on the screen with the doctor patient relationship.

Many years ago, a patient of mine was following a struggling England team on its winter tour of the West Indies. He sent me a post card with my call up papers “England desperately need middle order doctor”. With my passion for cricket, I was delighted to receive the invitation and was sorely tempted – but was very much aware that my standard of cricketing ability was in a totally different league.

“I feel fortunate to have worked for 29 years in such
an exciting era for general practice!”

I imagine the demand for medication and especially antibiotics is as great now as it was when I first arrived in the village over 40 years ago. And I rapidly got a reputation as a bit of non-prescriber – knowing full well that common viral illnesses normally require no specific medication. Antibiotics have their place – when used appropriately.

Continuity of care reaps its own rewards, but I quite understand in today’s challenging world, how difficult it is to reach this goal. It was so much easier to deliver that care back in 1977, with 5 full time GPs in the practice, each with his own defined list of patients. 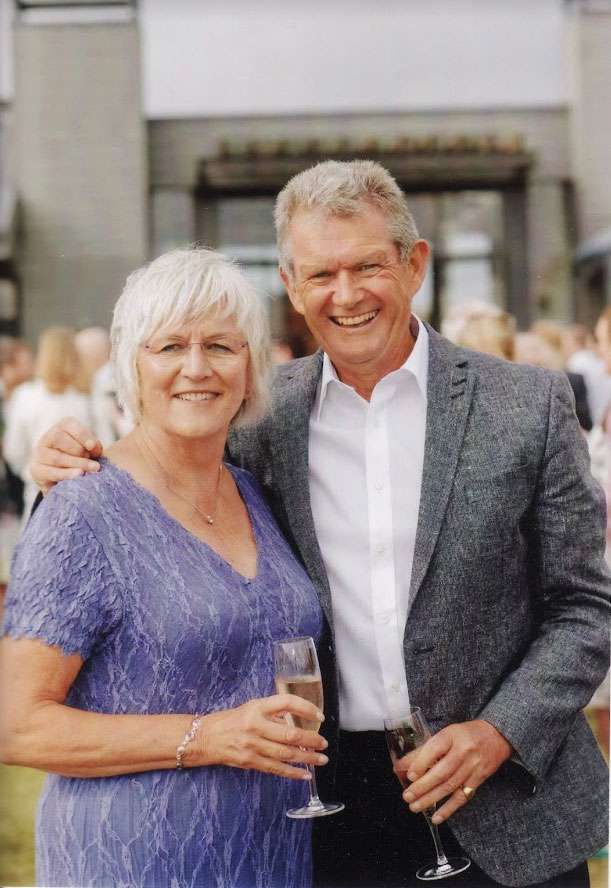 I recall one morning surgery, when time was pressing, and I could imagine the waiting patients looking at their watches. The patient, leaving my consulting room, addressed the patients in the waiting room “I am so sorry to keep you waiting – I couldn’t stop the doctor from talking!” Appropriate humour can be so beneficial for doctor and patient!

In my first years of practice in Cranleigh, I would be on a 1 in 5 out of hours duty roster. When busy, this could be quite exhausting, as there was still the routine day work to be done. However it did mean the patients were getting a 24 hour service from the doctors. That of course has all changed in recent years with removal of the 24 hour commitment for GPs. This however has been associated with a significant increase in bureaucratic responsibility.

I retired in 2006 and feel fortunate to have worked for 29 years in such an exciting era for general practice.

In 2001, when the Cranleigh Village Hospital (CVH) beds came under threat, I joined forces with a few like-minded people to form the Cranleigh Village Hospital Trust. Our objective was to secure the future of the in-patient beds in CVH. In 2003, following the proposal for a land exchange between Parish Council land (between the Band Hall and Knowle Lane) and land owned by our major benefactor, CVHT, with the backing of the Guildford and Waverley Primary Care Trust (PCT), successfully applied to Waverley Borough Council for the building of a replacement Health Centre and Hospital on this exchanged land. It was therefore extremely disappointing in 2006, that, especially after the enthusiastic initial fund raising, and as a result of changes in NHS policies, the in-patient beds at CVH were closed. As a result of a subsequent Judicial Review in 2010, it was agreed by the PCT that, if the opportunity arose, Cranleigh had justification for the return of 10 of the original 14 NHS beds. In the same year the land swap was agreed and these two decisions gave CVHT a ray of hope for the future. 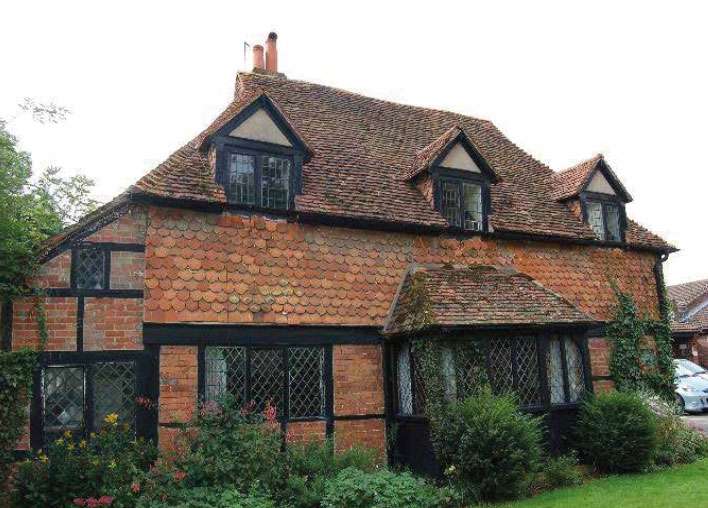 For the next 4 years CVHT struggled, because of the sheer financial challenge and clinical governance issues, to find the best way forwards. However then, with increasing positivity from the NHS and a much closer working relationship between the now Guildford and Waverley Clinical Commissioning Group (CCG), Surrey County Council (SCC) and the RSCH, CVHT was able, in 2015 to form an all-important Stakeholder Group. Input to this group was also provided by the Cranleigh Medical Practice, the Phyllis Tuckwell Hospice and the CVH League of Friends. It was finally agreed that the best and only financially acceptable way forward was to progress the plans for the return of the NHS beds, as part of a care home development. Several providers were considered but on the recommendation of the RSCH, HC-One very much came into the frame. Having had an encouraging visit to two of their care homes in Yorkshire, Heads of Terms with HC-One were agreed in 2017.

In our Stakeholder discussions it was also agreed that the CVH site was the most appropriate place for the proposed new diagnostic and outpatient facilities. On the recommendation of SCC, we will now include on site social care nursing beds, so instead of the 10 NHS beds we had been contemplating, we are now in a position to provide 20 free at the point of access nursing beds in a dedicated wing of the new development – alongside a 60 bedded care home. This wing will take the name of the GP who helped found CVH in 1859 – Albert Napper. Adjacent to this building a 26 unit low rental health worker accommodation block is also proposed. Such accommodation will make the appointment and retention of health care staff working in Cranleigh and the surrounding area that much easier.

CVHT and the Stakeholders now eagerly await the outcome of the planning application to Waverley Borough Council.

So, life, in retirement, has not been exactly dull.