With the snowdrops bursting through and the days noticeably longer I had been expecting the return of a powerful songster to announce Spring’s imminent arrival.

And late last month he started up again, true to form. The Mistle Thrush. At this time of the year he reappears as if by magic and belts out a string of jumbly phrases to puncture those icy showers. Even when dark clouds govern dreary February days this bird will be cheering us up because he is one of the first reminders that love is in the air again.

So where was he all winter? Around and about in the fields and woodland edges. But he has not been vocal until now and is only a rare visitor to any small garden.

His nickname – the Storm Cock – is well deserved. Like a domestic cockerel, he can be heard a long way off, at least half a mile or more if you are in open country.

The song features some Blackbird-like notes but without such a wide range up and down the scale. This gives his music, interspersed with frequent pauses of up to a couple of seconds, a somewhat forlorn quality. Maybe he will sound happier when he attracts a mate!

The Mistle Thrush, so named for its fondness of mistletoe berries – especially elsewhere in Europe – is the largest of our thrushes and king of them all. 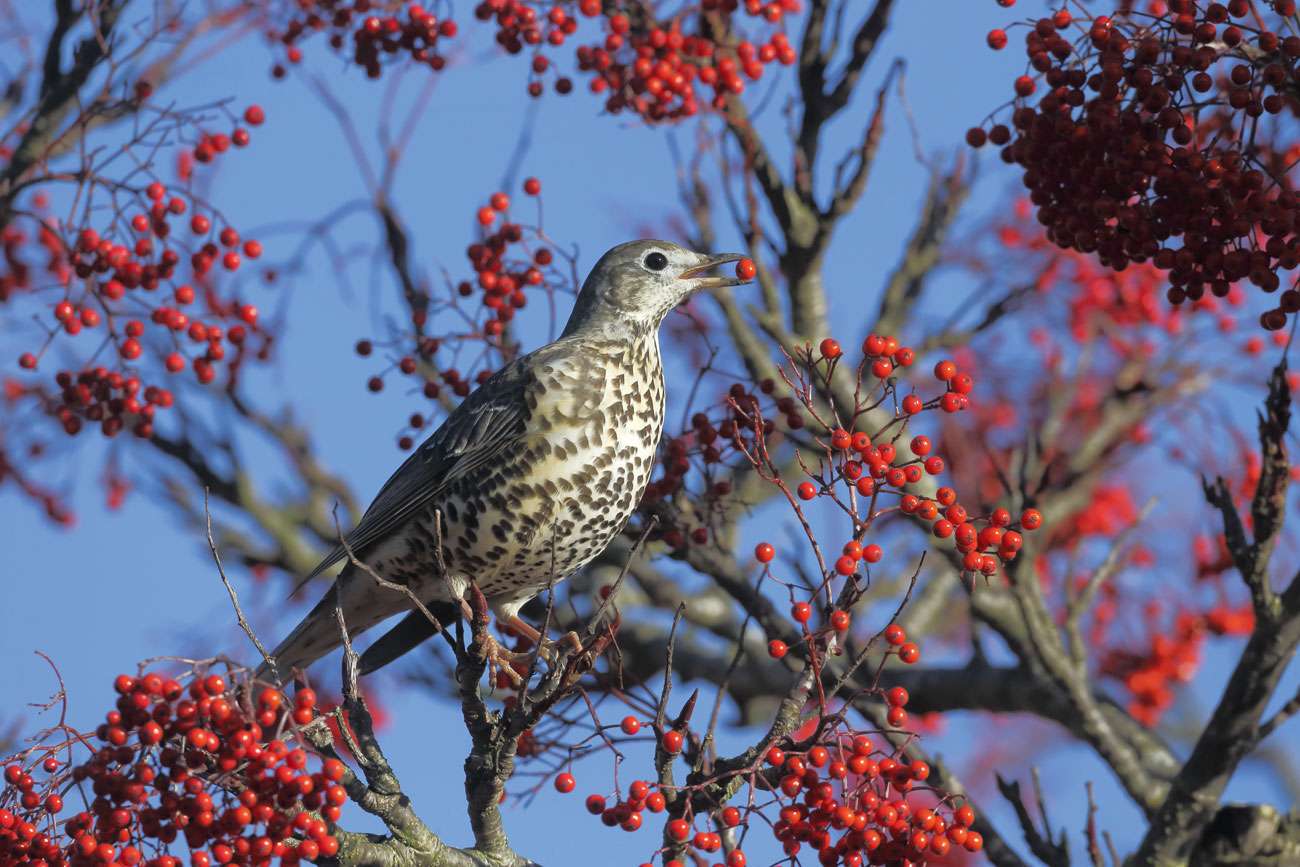 If you had fun at Christmas under the mistletoe, then thank this bird. I think there could be some truth in the old tale that says these berries only germinate if they pass through its body.

For a tough guy he is generally remarkably shy and prefers to feed in the company of others on our fields or on Cranleigh’s sports pitches. But he soon takes flight when people and dogs arrive.

Hearing his song is one thing – but pinpointing where it is coming from is another. It is best to look at the tree tops where he invariably stands out as the solo performer.

In flight his identity is betrayed by the obvious white outer feathers to the corners of his greyish brown tail. His back, nape and crown are a similar colour. But face-on the Mistle Thrush has a white breast and rounder black spots than the more common Song Thrush.

The underwings are coloured white and he is portlier than his relative, having a well-rounded belly and longer tail. Overhead he looks heavy and has an undulating flight like a woodpecker.

Another good identification feature is the flight call. Remember those wooden rattles used by football fans? It sounds like one of those. 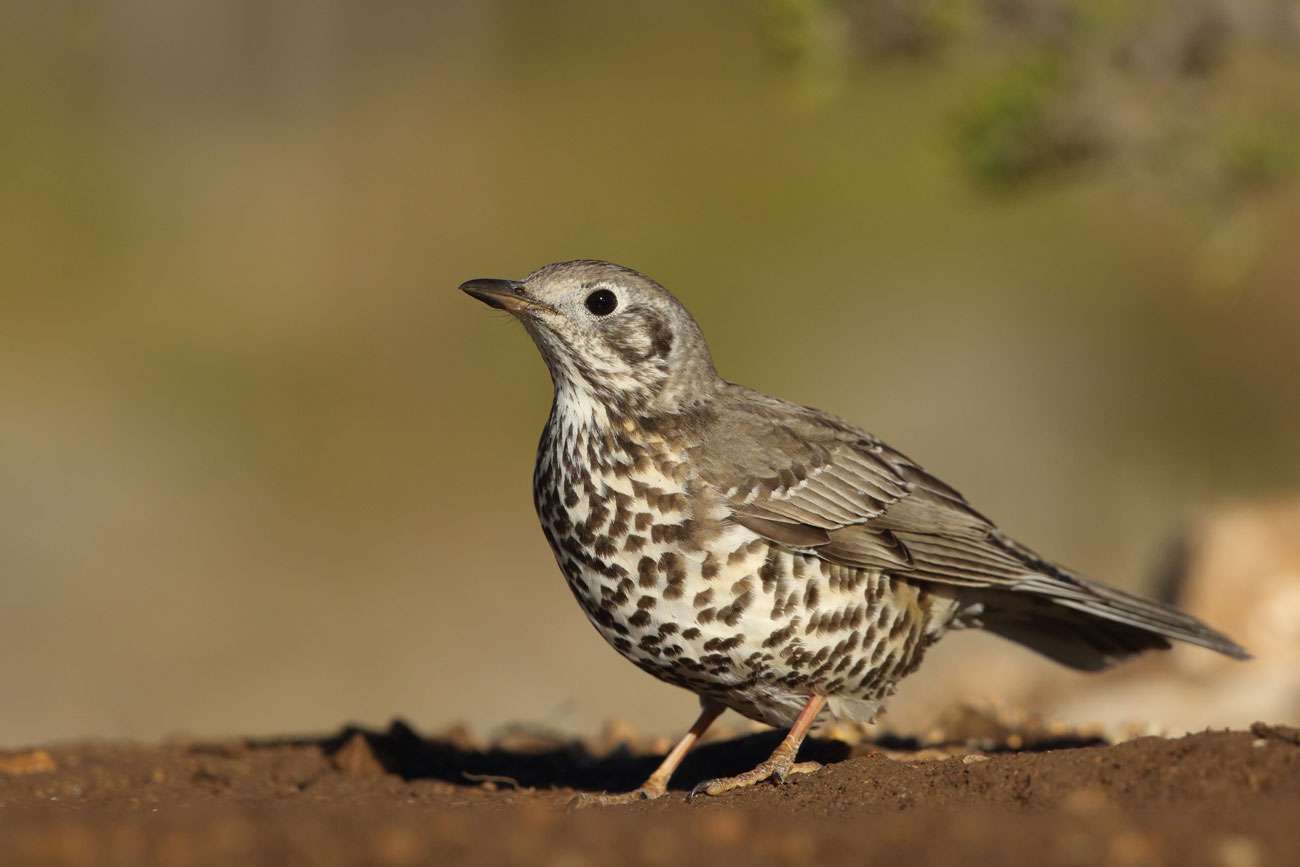 A Mistle Thrush on the ground

Mistle Thrushes, although moderately common resident in the area, don’t necessarily all hang around here for the whole year. A bird ringed as a youngster in Ewhurst one May was in Caen, France – 145 miles south – by the December. And another ringed in that village had made it to Norway by the following year.

I’ve seen as many as 10 feeding in a local flock below the Surrey Hills in winter, but it takes harsh weather to bring them closer to our homes. Only once have I had one in my garden and that was in bitter winter snow.

Fieldfares had chased off the Redwings, Song Thrushes and Blackbirds and thought they had the red rosehip laden bush to themselves.

But then a Mistle Thrush swooped in and one blast of his ‘rattle’ was enough to make them give way for their big brother.

Within ten minutes the ravenous creature had devoured every remaining berry. This species is clearly top of the thrush pecking order.