The Little Manor emerging from the rubble – 1988

In 2019 Little Manor Service Station, commonly known as ‘The Esso’, is celebrating its 30th anniversary under the ownership of the Lambert family. At the centre of the site is the delightful 15 Century, half-timbered, Little Manor building that nearly lost its fight for survival until the Family stepped in.

Little Manor – as it is today

The Lamberts were running Chipstead of Cranleigh, a petrol forecourt and car dealership located where Boots now stands. The business was on the up with a thriving multi-franchise car sales business, car and motorcycle workshops, and extensive land, ripe for further development to the rear. It was this land that also made the premises a very attractive proposition for supermarket development; something that the Village was short of at the time. 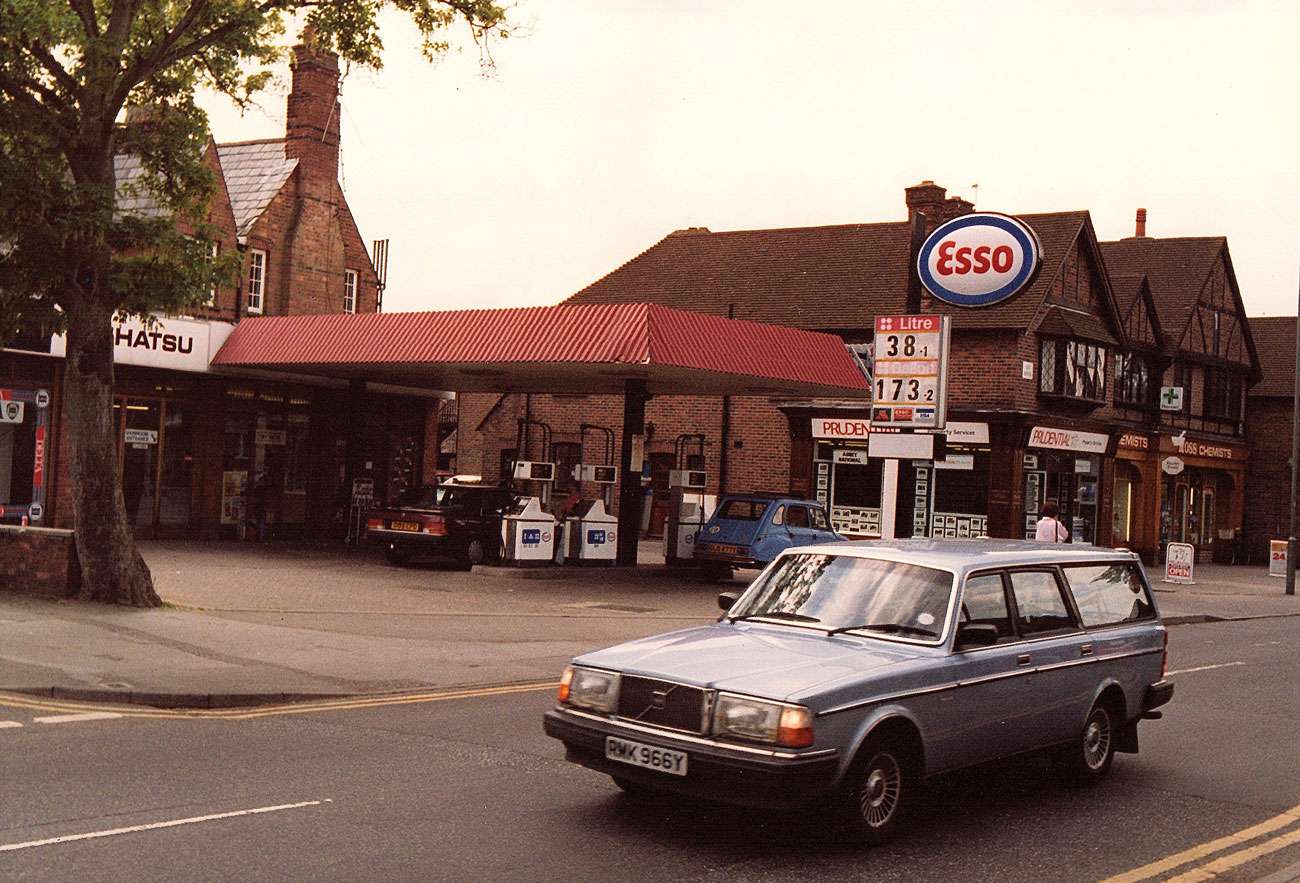 Chipstead of Cranleigh where Boots the chemist is now

Waitrose had already made an approach to the property’s freeholder but Chipstead’s Principal, Bryan Lambert, as part of his contract had the first option to buy. Exercising this option as a precaution he found himself under pressure to sell the premises-on but with the inherent risk of losing his livelihood in the process. 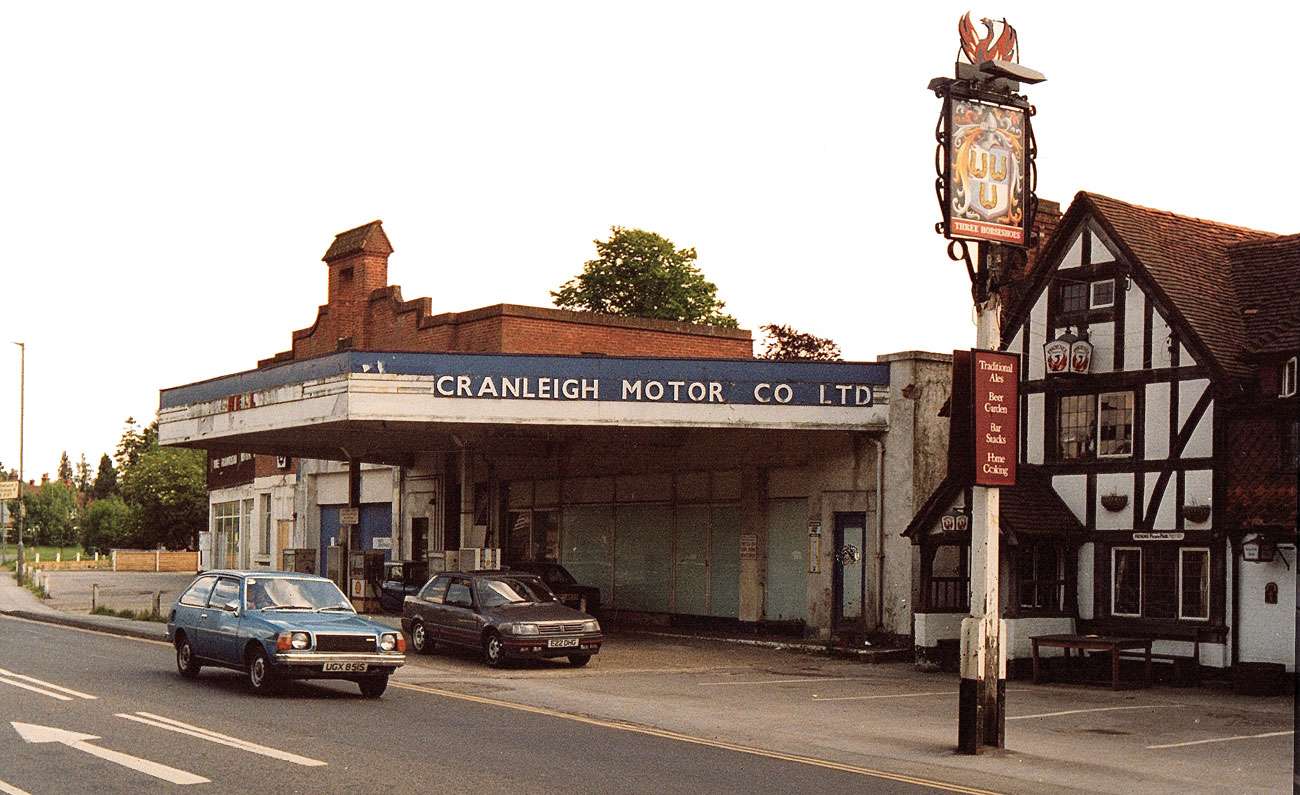 Coincidentally, the Co-op also had their sights on Cranleigh. They had purchased the freehold of the Cranleigh Motor Works site complete with its rather dilapidated, 15th Century, grade II listed building sitting at the centre of the plot. 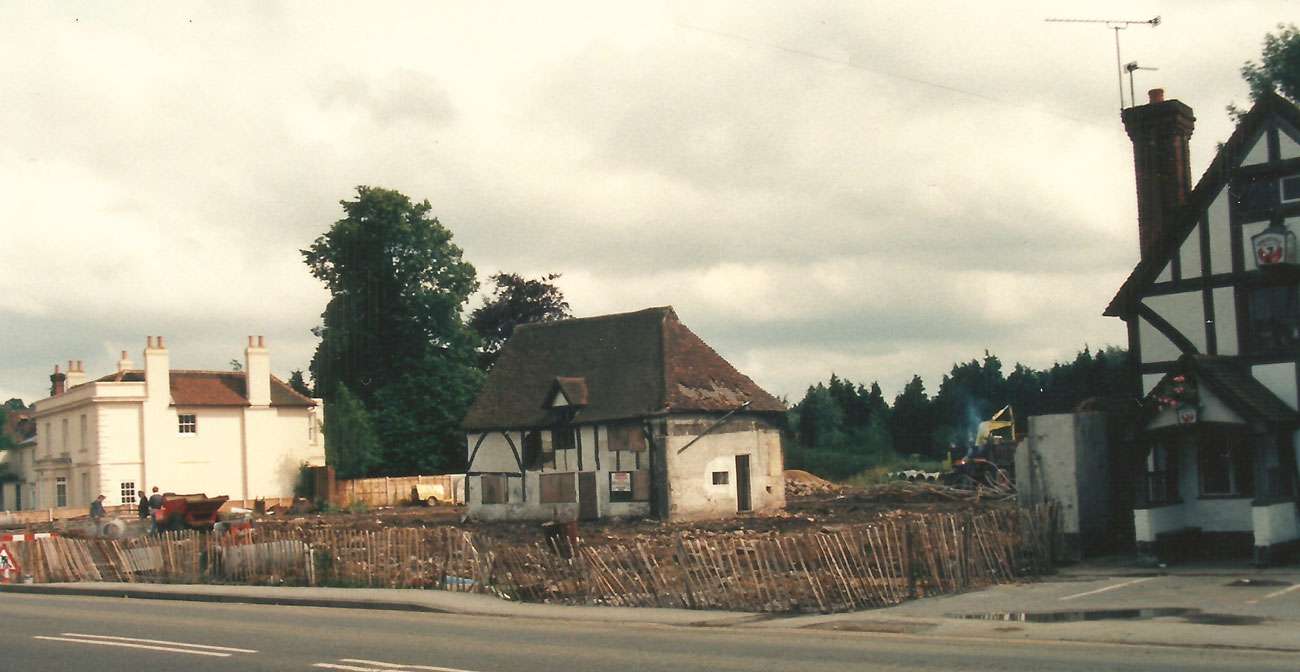 The Little Manor, as it had become known, although arguably the oldest secular building in Cranleigh, had been subsumed into the Cranleigh Steam Brewery complex in the late 19th Century. It re-emerged from its cloak of industrial buildings in the early part of the 20 Century and served as a residential property until, once again, in 1923, it was hidden from view, disappearing behind the façade of the Cranleigh Motor Works. 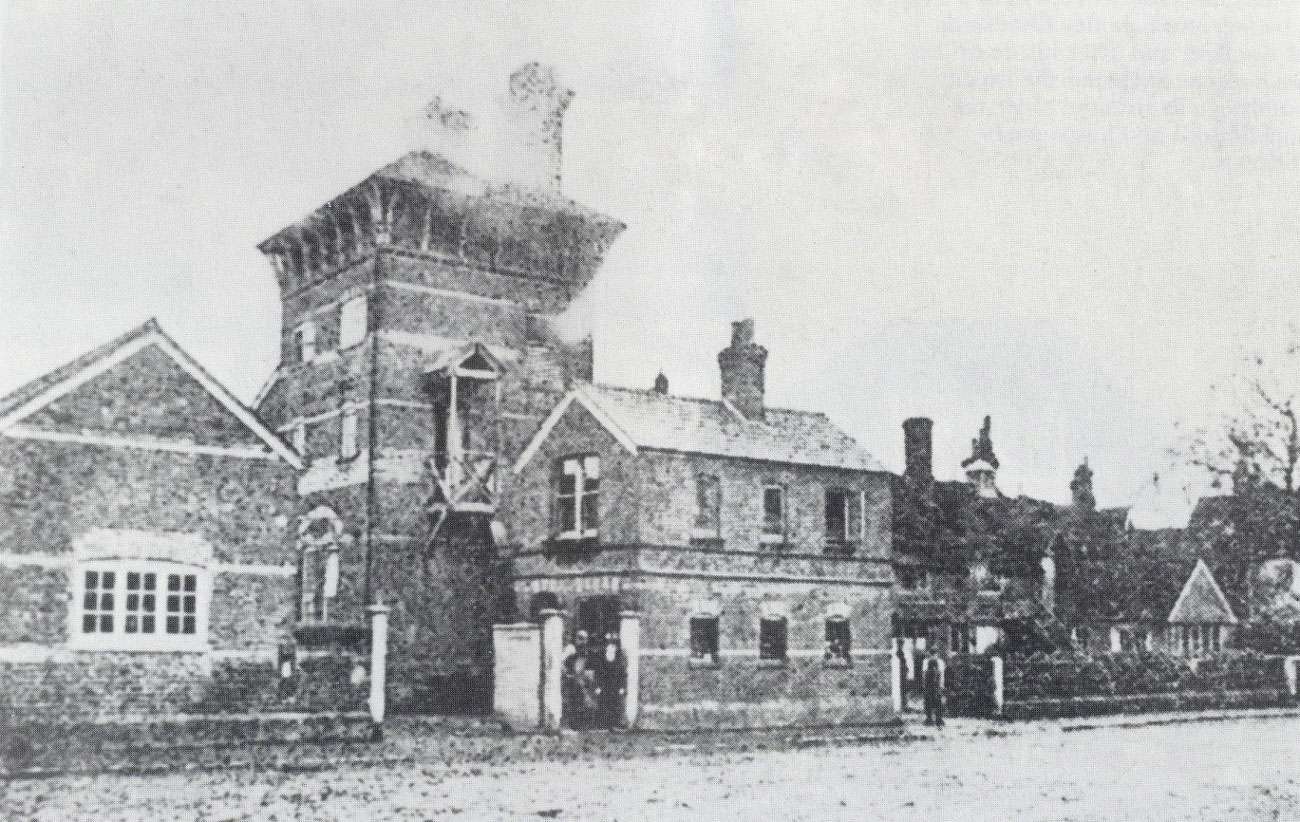 Bruford’s Brewery in the early 1900s with Brewery Cottage hidden behind, where the local cooper lived and worked

Realising their predicament, the Co-op approached the Lambert family with an offer of a deal that could be of mutual benefit. A land-swap with the potential to develop a new service station. It gave Bryan Lambert the opportunity to continue his business, The Little Manor a safe pair of hands, and the Co-op a site for their proposed supermarket. Bryan, seizing the opportunity, also added a caveat into the deal whereby the Co-op would support the provision of community facilities including the Band Room and Youth Club buildings that we know today. 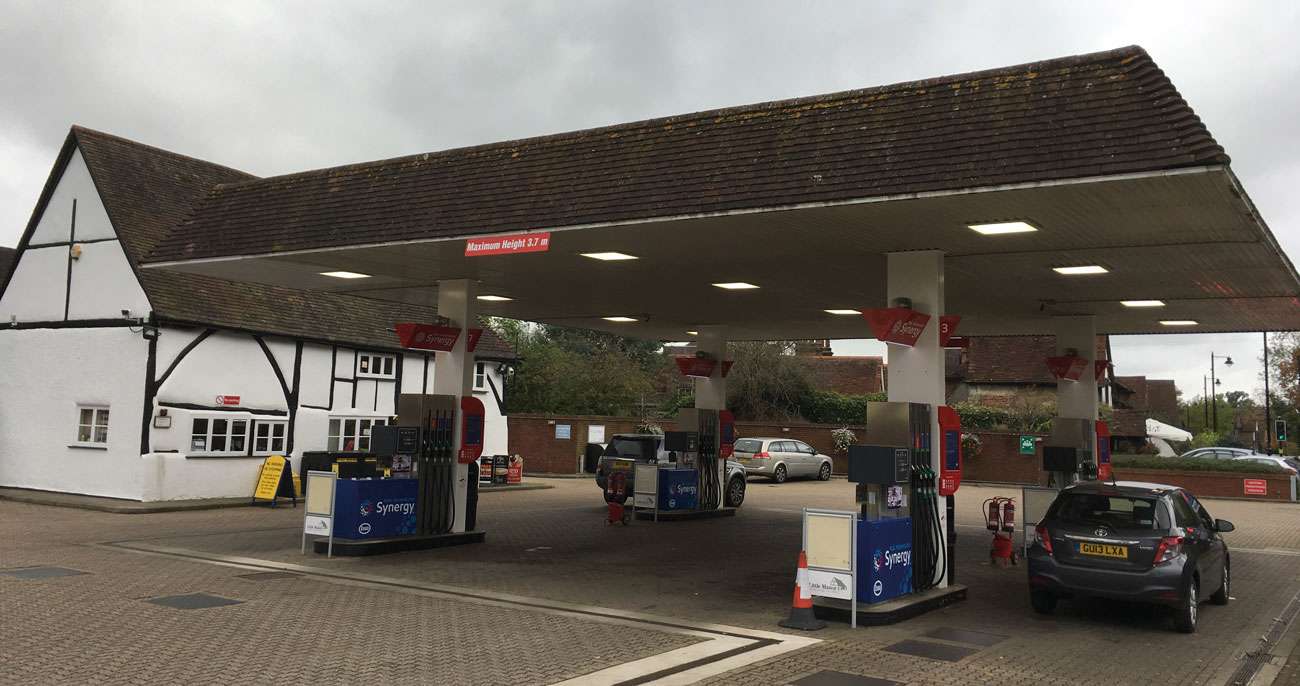 Once Bryan’s intentions for the former Cranleigh Motor Works became public however, there was considerable local opposition to any development of the site and its precious building. Much work went into placating the community until eventually Bryan was granted planning consent for The Little Manor Service Station. 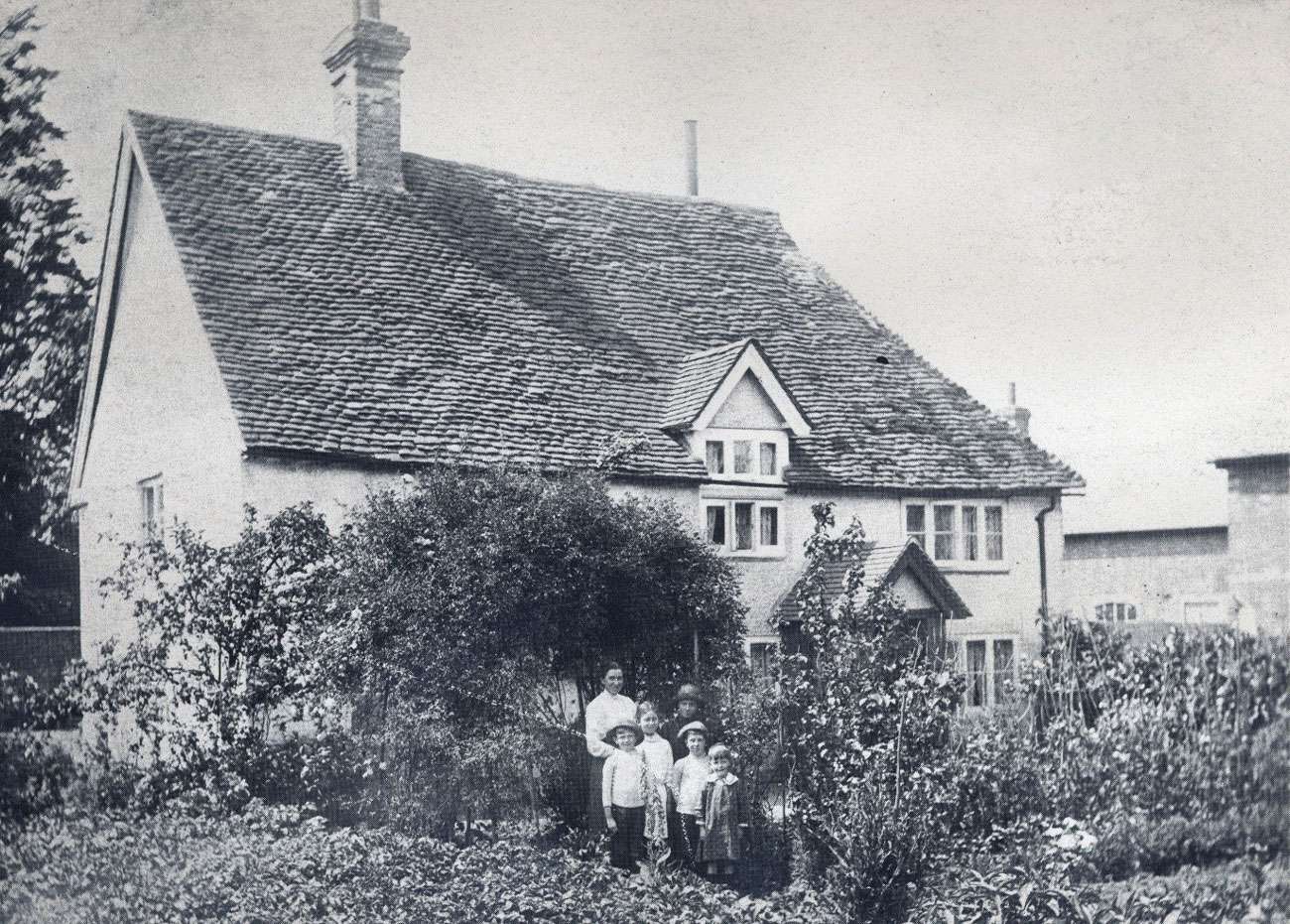 Brewery Cottage as it was in 1915, with its well-stocked garden

With the demolition of the workshops located on what is now the petrol station forecourt, the Little Manor building emerged, neglected and abused, but saved from collapse by tenacity and imagination. Bryan’s forward-looking plan to renovate the building made it the centre of the business we know today. 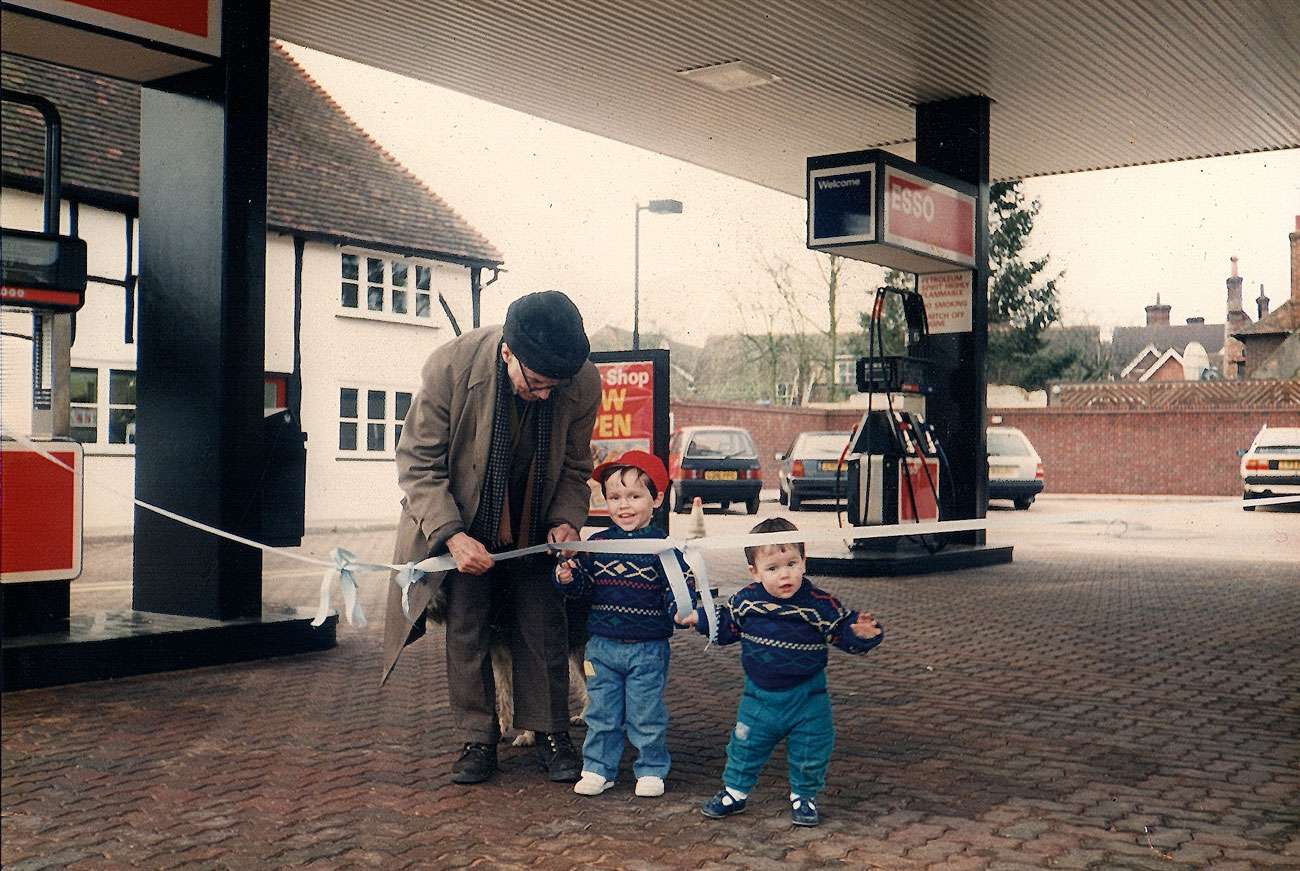 John Wiskar opening the garage with Jonathan and William Lambert – 1989

One of Bryan’s most vociferous opponents at the time, the Mayor of Cranleigh, was so impressed by the final outcome that he offered to officiate at the opening event. The Little Manor Service Station was however, formally opened by Bryan in June, 1989 with the help of sons, Jonathan and William, and Cranleigh’s then oldest Councillor, John Wiskar.

Much of the shop’s original infrastructure is still in use today, a testament to Bryan’s forward thinking and architect of the business’s success. This success was however, sadly, short-lived for Bryan when in 1993 he was diagnosed with thyroid Cancer, a disease that sapped his energy, leaving his wife, Anna, to take over the reins. Although already a partner in the business, Anna, in addition to bringing two young boys up, now had to take on the mantle of Business Principal. 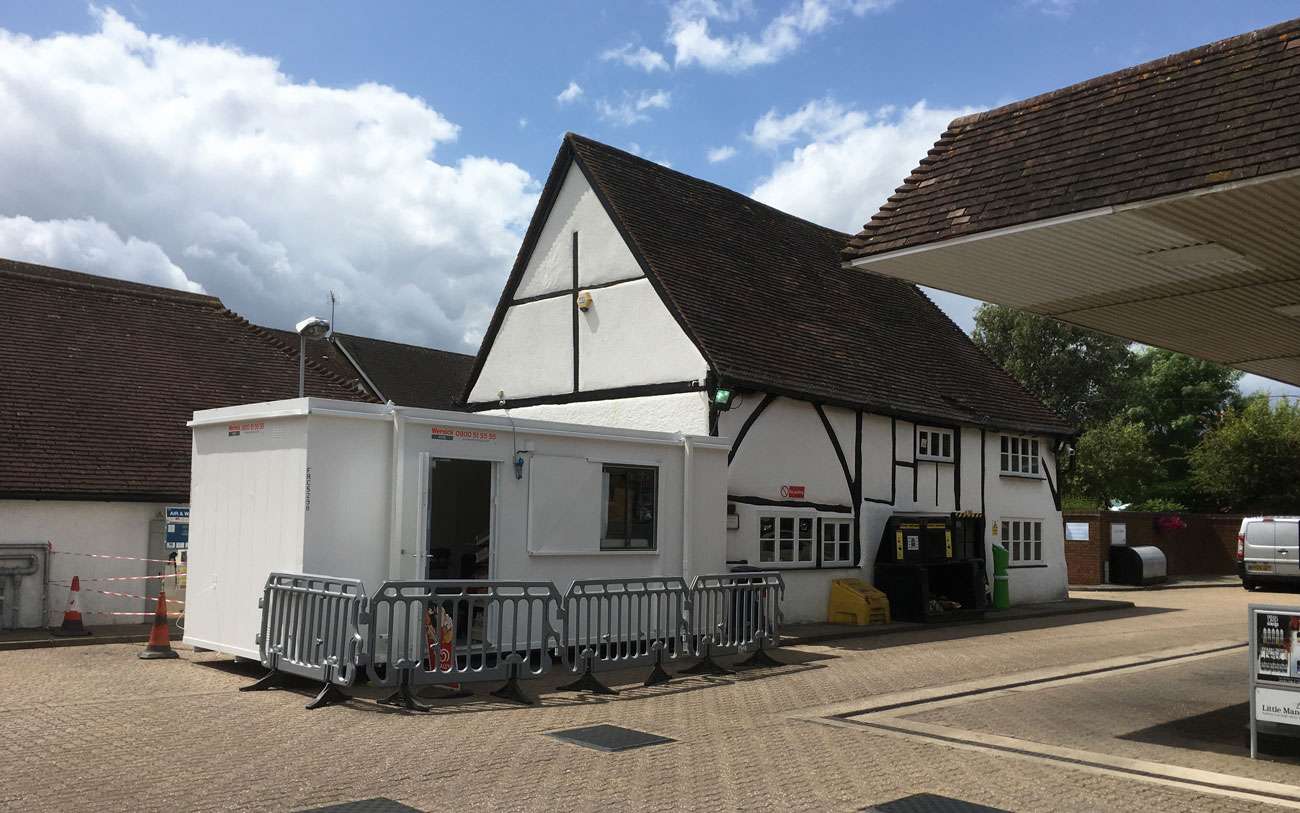 Operating out of a temporary shop during refurbishment

Following Bryan’s passing in 1999, Anna continued in this capacity to the present day with son, William, in the role of Managing Director.

With the 30th Anniversary of its opening, The Little Manor is now enjoying its first full interior re-fit since the early days. The interior of the shop has been completely re-configured to incorporate the latest retail trends. Managing Director, William Lambert, has been pleased with the outcome, “It’s been challenging over the last couple of weeks keeping the business open while the work went on. And, the constraints of working in a listed building added another dimension to the design. But I’m delighted with the outcome; the new shop layout looks great.” Will went on to praise his employees, “We’ve worked extremely hard to make this happen and to make the business what it is today. I couldn’t wish for a better team, they’re like an extension to the family.”

There are many new and exciting offers in the refurbished shop including, a full Vapouriz VapeStore franchise and Off-licence sales for beers and wines. Fuel sales remain the backbone of the Little Manor’s business however, with the team working to maintain its competitive pricing and extensive trading hours.