A bird has been giving me ‘a bit of gyp’ over recent months. The Crossbill. Or to give its full name, Common Crossbill.

It’s another of those birds that are called ‘common’ but aren’t. Well, not around the Cranleigh area anyway. Over this last winter, though, there have been regular sightings of the Crossbill in the forests and on the heaths of the Surrey Hills.

We usually hear them first, flying overhead above the trees in small parties, and calling as they go with an explosive: ‘Gyp-gyp-gyp’.

All too often they just carry on going and are lost to view. But sometimes you can get lucky and see a brilliant red male singing its pleasant twittering warble from the top of a Scots Pine. With a bit of gyp thrown in.

The greenish and grey female – and others – may be lurking not far away but unless you have ‘bins’ they can be easily missed as they jostle over pine cones to extract the feast they are here for.

This is where their ‘crossed bill’ comes in handy for extracting seeds. It is inserted between the cone’s scales and then the bird levers them apart and prises out the seed with its tongue. 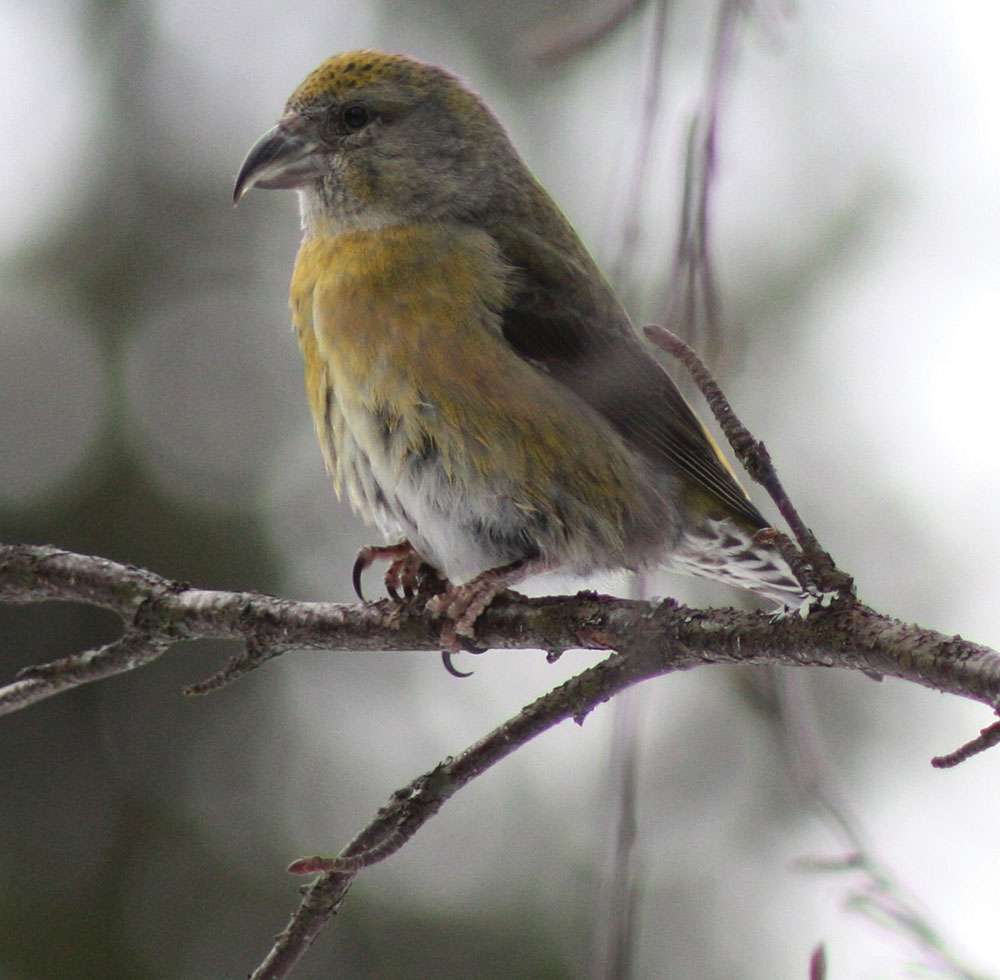 Larch also provides another favourite feeding station and with both trees plentiful around Winterfold Forest and along the Greensand Way that’s where I’ve been enjoying seeing Crossbills regularly since last autumn.

They are chunky monkeys, a bit bigger than a Greenfinch, and the nearest thing we’ve got to a Parrot. When they are feeding they tuck in like frenzied acrobats, clambering over one another in the process and hanging upside down.

If you are careful you can approach them quite closely for some colourful views and they seem oblivious to your presence.

Make a sudden noise, like I did when I sneezed the other week, and they will be off. To be fair, I didn’t realise they were even there on that occasion or I’d have tried to stifle it. But the blast was unrestricted – and to my shock around 10 Crossbills exploded from the crown of the tree above me.

At least when they fly off you can count them. If you find some then you can expect far more are really up in that tree than you realise. They are easily hidden. And they build their nest high up in evergreen- obscured branches too – so that’s one reason why I’ve never found one. 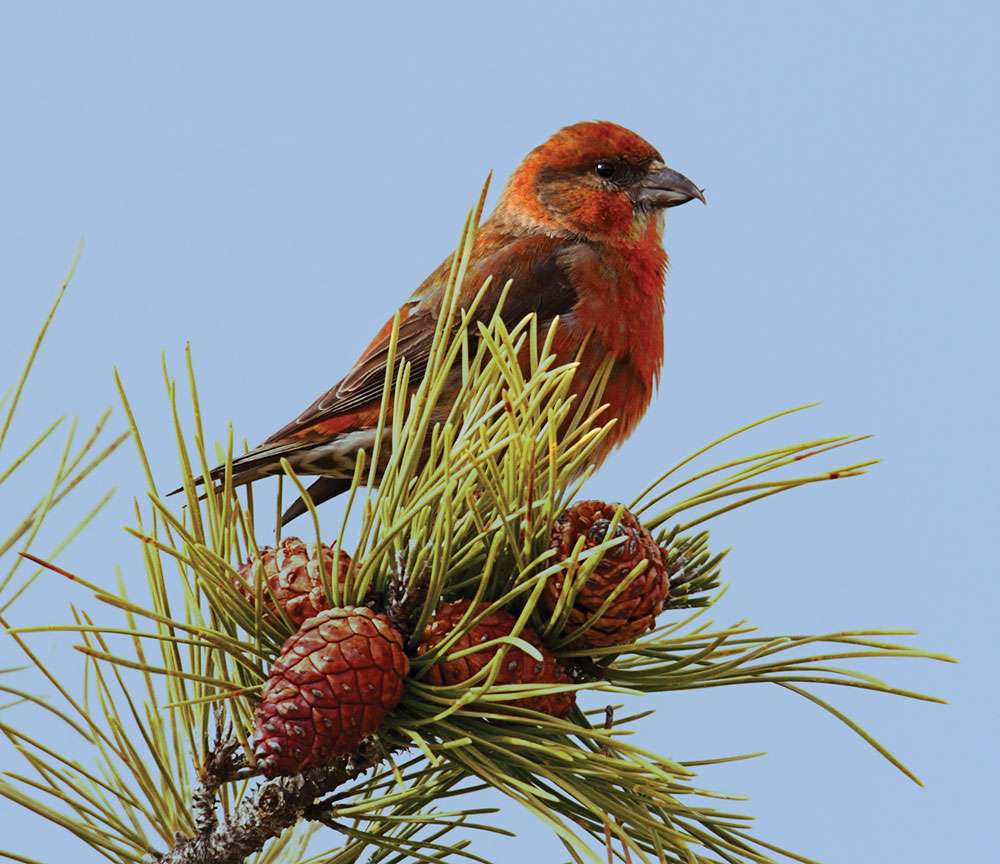 By the time you read this most will have bred. Crossbills lay their eggs as early as December. But back last November, when mating was the last thing on most species’ minds, I saw a juvenile/female-type Crossbill begging for food and apparently being fed by a female while a male looked on. It seems pos sible they bred in the autumn, but like a lot of things with birds, that’s an unsolved mystery.

Maybe they were just getting on with it in case nature’s larders ran out. Lack of food in Russia and north eastern Europe, where they are more common, can see huge ‘irruptions’ of Crossbills into Britain and when they breed in Surrey it is often as a result of this phenomenon.

In many years I have not seen any Crossbills locally at all but some years it is hard to avoid them if you go to the right places. Breeding was confirmed on Winterfold following a record year in 1997 which brought hundreds to the county. 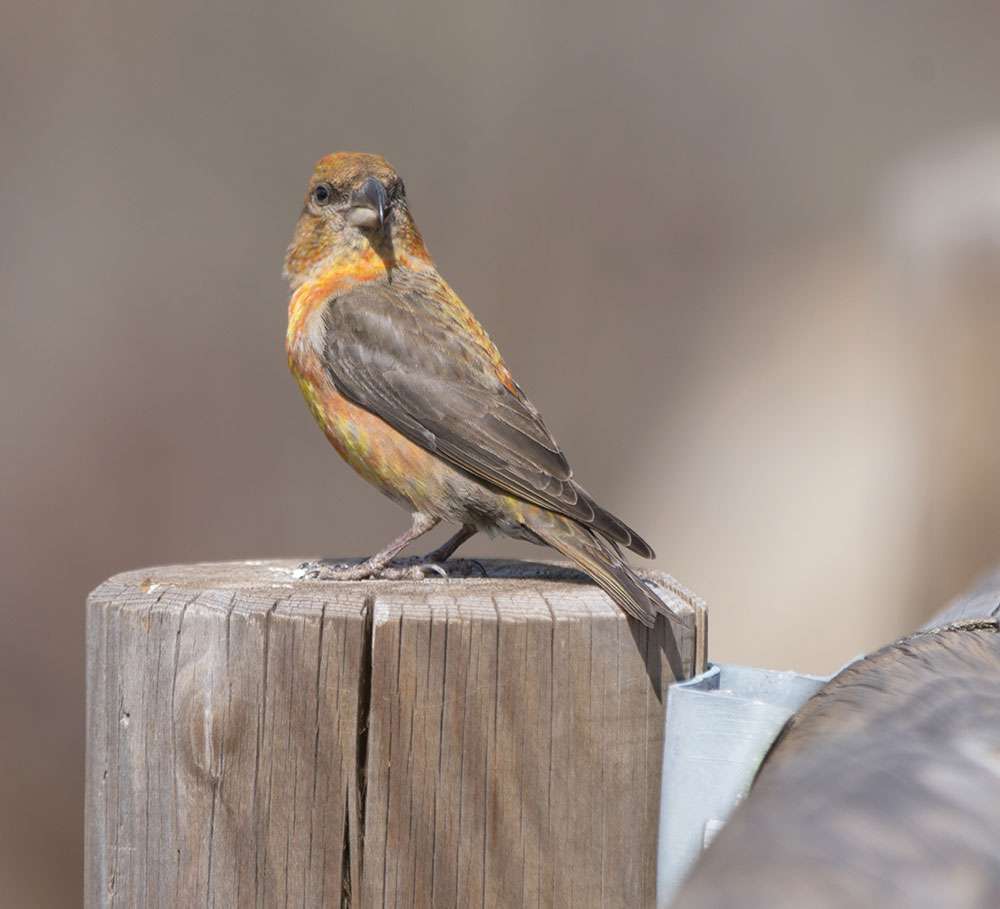 From July 1997 to May 1998 there were flocks of up to 45 in the hills above Cranleigh but by August there were no further sightings and the hordes had invaded elsewhere.

Next year maybe none will breed here and sightings will again be scarce. In the meantime if you are out walking over Easter then approach any small ponds or puddles with caution. Eating cone seeds is thirsty work and Crossbills regularly pop down for a drink.

As I say about an increasing number of  species: ‘Enjoy them – while we’ve got them’.

Back Joy Of Cranleigh – What was happening in Cranleigh in April 1917?
Next Hot Cross Buns
Related Articles
No Comments