Crane Spotter – May 2019 – Birds of the Cranleigh Underground

Dawn on a bright spring morning. Let’s see what’s about. Familiar birds seem to be up early. A Song Thrush belts out sweet tunes to declare its territory. Blackbirds strut their stuff on the lawn. A male noisily chases off a neighbour who is encroaching on his turf.

The House Sparrows tumble from their overnight ivy roost. They are already squabbling. It is going to be a long day.

A couple of Dunnocks hop alongside the hedge and from a prominent watch post above them a dazzling Yellowhammer adds to the mounting chorus.  Above me a Starling flock whizzes past and Skylarks dance upwards, singing ever higher over the fields. The trees host a moving tapestry of colour as Goldfinches, Greenfinches and Chaffinches drop in. Strange I haven’t seen a Robin yet.

A Swallow flicks past – but hang on. It doesn’t look right. It is smaller than ours in Surrey should be. And what’s this whooshing past? Big, brown and blue with a curved bill and white tufts on its throat? Another close encounter follows as a small stranger with a long-fanned tail trills and circles my head.

These three ‘oddities’ are Welcome Swallow, Tui and Fantail. Could there have been a mass escape from Birdworld in Farnham? No. We are observing the birds of the Cranleigh underground. A trip of 7,918 miles through the centre of the earth would reveal them – right under our feet.

European birds I saw on a recent trip to New Zealand were introduced by the early settlers to make themselves feel at home, and they seem to be thriving. You can even see some at Cranleigh Station. Yes, we haven’t had ours for over half a century, but the name lives on at a 2.4 square mile cattle farm I discovered on the North Island.

Doing not so well are the country’s indigenous birds. 77 are threatened with extinction. 80 species in the country are endemic, or breeding endemic, so are very special.

Many extinct birds were ground-nesters with no natural predators until Europeans brought invasive mammals like rats, mice and stoats with them. Human hunters wiped out more and over 60 species are sadly now extinct.

Many others hang on by a feather but with some patience I saw a good proportion of them. All have an amazing story, and many are world record holders.

Here are just 10 of the special ones that lifted my spirits: 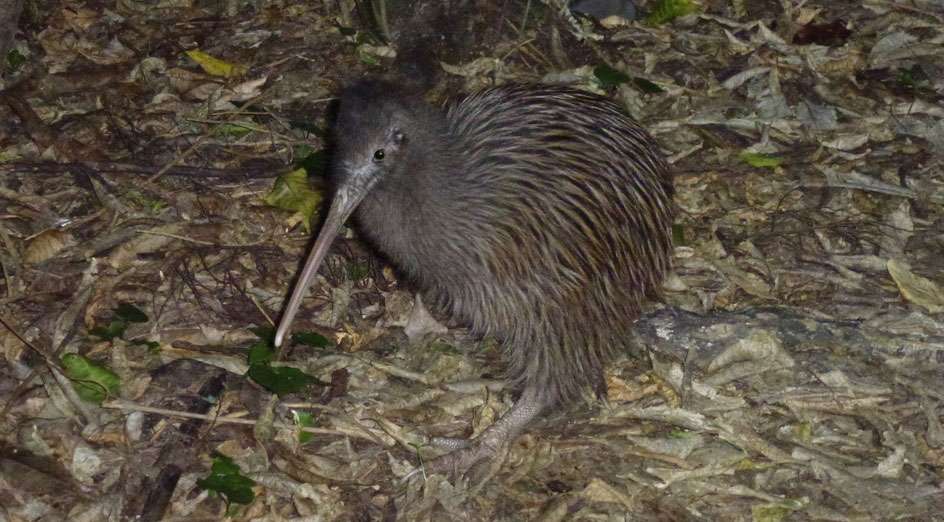 Okarito Brown Kiwi The iconic Kiwi is the only bird in the world with nostrils at the end of its bill. More recently it has been found to comprise of as many as five species. We spent over two hours in pouring rain waiting for the rarest, the Rowi or Okarito Brown Kiwi, which was described as new to science as recently as 2003.

Bee keeper hats didn’t protect all our bodies from mosquitos, and we were bitten to bits as the night wore on. But the target bird of the trip, a calling male, delightfully revealed itself as it scurried past only inches away under our red torch lights. It is one of only around 430 left.

Little Blue Penguin The world’s smallest penguin. A dark underwater shape, like a whale, approached the sandy beach as dusk fell. Then out they waddled, looking anxiously back with outstretched wings to check all behind were following.

Scores passed within feet as they scampered to their cliff-face burrows to feed chicks. They had swum over 40 miles that day and now some faced a mile walk to their youngsters. Clockwork commuters like so many of us – by morning they would be back at work in the sea to earn their family’s next dinner. 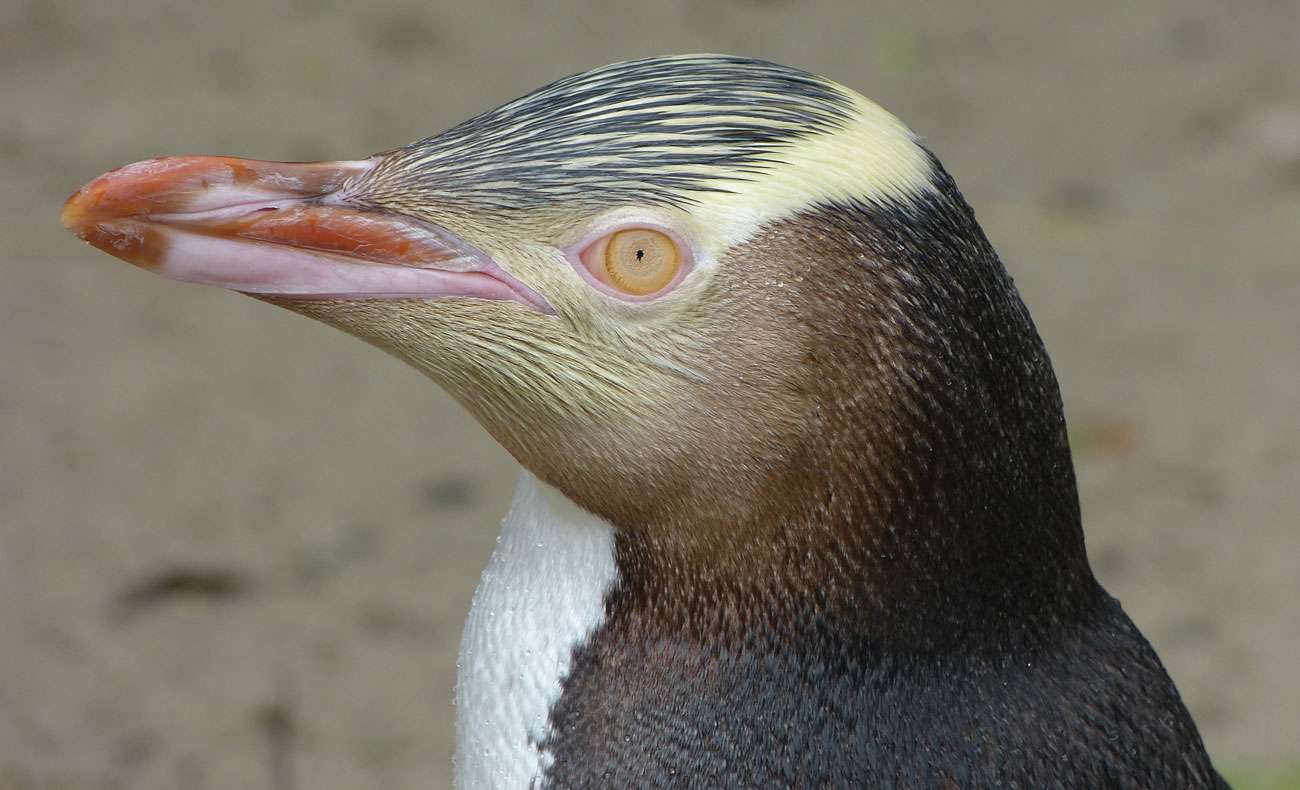 Yellow-eyed Penguin A good three times taller than the little fella, this is the world-rarest penguin. And with possibly under 2,000 left in the wild there are fears this South Island and sub-Antarctic islands’ beauty faces extinction.

Disease, rising water temperatures, barracuda predation and commercial fishing are all big enemies. One of those I saw realised I was a friend though, coming so close I could have kissed it.

Northern Royal Albatross No trouble seeing these on a visit to the only mainland breeding area for the world’s largest seabird. Birds were on nests while others soared effortlessly overhead on a 9ft. 6ins wing span.

Respect! They can live beyond 60 and range 118,000 miles a year over the southern oceans. It may be eight years before they return to find a mate.

Westland Petrel A long-winged all black seabird with a yellow bill. But to see them we climbed up through sub-tropical rainforest. We looked towards the sunset as darkness fell and waited for the adults. They literally crashed in through the tree canopy.

One landed clumsily near our feet and, after feeding its chick in a burrow, took off again by climbing a stump in front of us and launching itself off the hillside. It will winter with others off Chile where – incredibly – this years’ chicks will later miraculously find them. And in five years the now adult youngsters will return to breed in the same burrow, if it is empty.

Kea The world’s only alpine parrot throws its 2.2lb weight around in mountain car parks and at coffee stops. There’s never a dull moment when this highly intelligent metallic yellow/green endangered species is on patrol.

Tourists are encouraged not to feed them, but pairs show no fear as they hop in to relieve unwitting customers of their sandwiches, cakes, coffee and even car windscreen wipers. Only a few thousand survive. Kea that is.

Takahe Imagine a huge Moorhen-shaped bird, deep blue, green and brown, with thick pink legs and a triangular bill. This flightless rail was thought to be extinct in the late 1800s but was sensationally rediscovered in 1948.

With the population at a perilous 347 in 2017, I looked for them on an island and was privileged to see a very tame pair with a little black chick in tow. 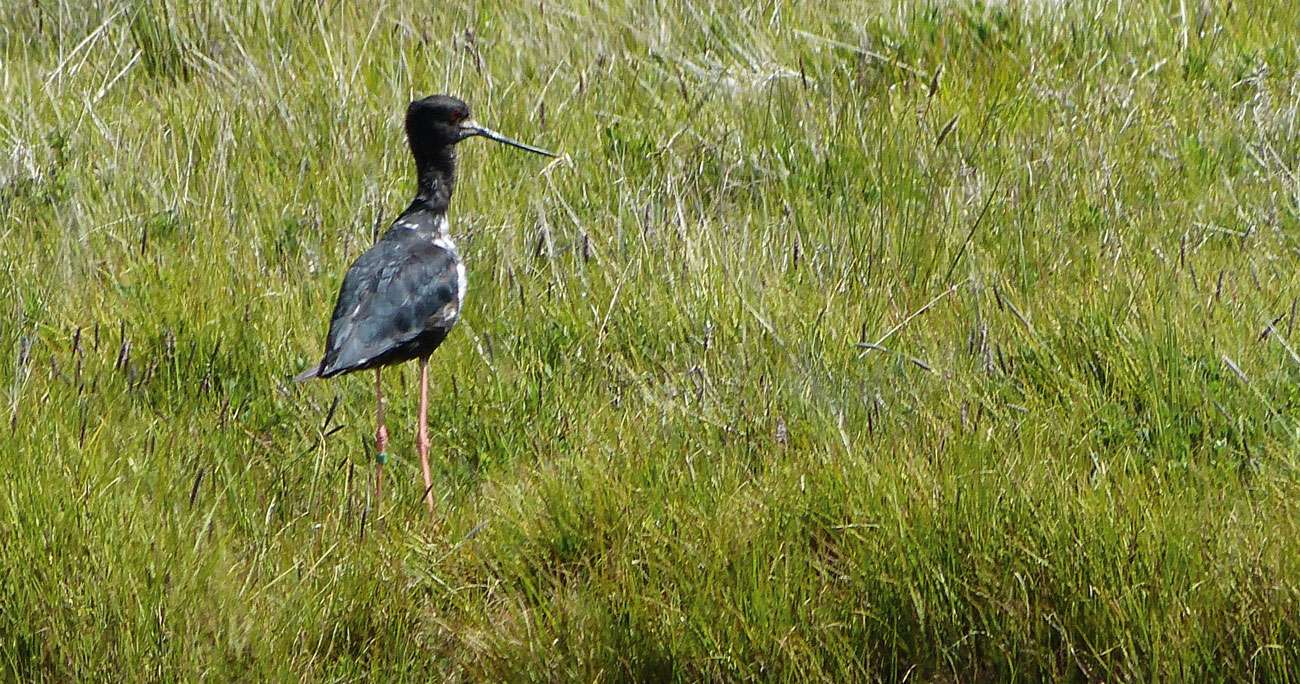 Black Stilt My mate Mark Davies and I had to become waders to catch up with the world’s rarest wader on one of the scenic braided river valleys below the country’s highest mountain, Mount Cook. Adults are black with long pink legs while the young ones are peppered with various degrees of white patches.

It’s good to know some are successfully breeding but cats, ferrets and even hedgehogs are a constant threat. We saw around one tenth of the world’s 137 population in one afternoon. And we got pink legs ourselves from the icy water.

Wrybill This intriguing wader is a small plover and the only bird in the world with a bill curved to the side – and always to the right. Only around 3,000 are left.

Black-billed Gull Its white eyes make it look gormless – but I should be kinder. This critically endangered species is the most threatened gull in the world. So it was good to encounter them on both the main islands.

New Zealanders as a nation have risen to the tough conservation challenge facing them. I hope we in the UK can learn from them and do likewise.