Kick start the New Year at your local arts centre! We offer the best in live music, theatre, comedy, film, talks, event cinema, creative workshops, family events and free-to-explore exhibitions. From classical recitals to children’s activities – our vibrant programme has something for all ages and tastes.

Event Cinema: Andre Rieu – New Year’s Concert from Sydney, Saturday 5th January 7pm & Sunday 6th January
The King of Waltz André Rieu will present a festive concert like never before, recorded live in Sydney’s iconic Town Hall. Join the Maestro for a magical evening of music and dance featuring his world class sopranos, The Platin Tenors and plenty of surprises. With show tunes, classical music and plenty of festive fun it promises to be a great way to start the new year! Enjoy backstage access, interviews with André and his special guests, musical favourites and much, much more… Tickets: £17.50 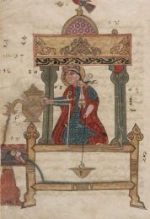 Talk: The Golden Age of Islam, Thursday 10 January, 7.30pm
Why are we able to use geometry or study Aristolian philosophy? When did doctors first learn to isolate infectious patients or remove healthy tissue around a malignant tumour? The ancient knowledge was gathered and enhanced during the Islamic Golden Age of the 7th – 15th centuries AD. Join local historian Dr Judie English for a fascinating talk outlining the discoveries of some of the polymaths and the waxing and waning of the culture which supported them. Tickets: £7

Community: Drum Circle, Thursday 12 January, 2pm
We are delighted to welcome Ray Watters of Drum With Us back to Cranleigh Arts for another fun-packed community drum circle. This is a fun, noisy, family friendly event where people of all ages come together to share their musical spirit. It is open to everyone and anyone, no musical experience is necessary, and all drums and percussion are provided. There are no wrong notes and no mistakes. It is all about taking part and having fun so come along, grab a drum, and have a go! Tickets: £5, £15 family ticket (2 adults, 2 children) 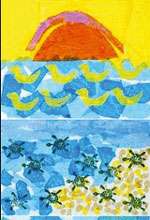 Workshop: Learn to draw – 1 day, Saturday 12 January, 10am – 4pm
For beginners and improvers: learn how to engage the right side of your brain and draw more accurately. All materials provided! Workshop Fee: £110

Workshop: Introduction to oil painting – 1 day, Sunday 13 January, 10am – 4pm
Always wanted to try oils? This course teaches you everything you need to get started, step by step. All materials provided! Workshop Fee: £145

Event Cinema: NT Live: The Tragedy of King Richard the Second (12A), Tuesday 15 January, 7pm
Simon Russell Beale plays William Shakespeare’s Richard II, broadcast live from the stage of the Almeida Theatre in London. This visceral new production about the limits of power will be directed by Joe Hill-Gibbins. Richard II, King of England, is irresponsible, foolish and vain. His weak leadership sends his kingdom into disarray and his court into uproar. Seeing no other option but to seize power, the ambitious Bolingbroke challenges the throne and the king’s divine right to rule. Estimated duration: 150 minutes. Tickets: £ 17.50

ROH Live: The Queen of Spades, Tuesday 22 January, 6.45pm
In Tchaikovsky’s intense opera of obsession and the supernatural, Gherman is caught between the woman he loves and a destructive fixation. The Queen of Spades comes to the ROH in a new production that has already garnered five-star reviews in Amsterdam. The show is set in 1890, the year of the opera’s premiere. In his study, Tchaikovsky imagines the opera as his own story, its characters giving voice to his unfulfilled desires. This is an engrossing portrayal of a tortured creative artist and a gripping piece of gothic storytelling. Estimated duration: 3hrs 30min, including one interval. Sung in Russian with English subtitles. Tickets: £19.75

Film: BlacKkKlansman (15), Thursday 24 January, 8pm
From visionary filmmaker Spike Lee comes the incredible true story of an American hero. It’s the early 1970s, and the struggle for civil rights rages on. Ron Stallworth becomes the first African-American detective on the Colorado Springs PD, but his arrival is greeted with skepticism and open hostility. Undaunted, Stallworth resolves to make a name for himself as he sets out on a dangerous mission: to infiltrate and expose the KKK. Tickets: £8.25; £7.25 Friends; £5.50 for under 25s

Theatre: Shivers (14+) Friday 25 January, 7.30pm
A trio of thrilling new ghost stories, set to the haunting sounds of the violin. The Book of Darkness & Light contains some of the most chilling tales ever told. Supernatural mysteries stir from its pages. You feel a prickle on your neck. Your blood stills. A monstrous thing creeps in the shadows. Is it all in your mind? A trick of the light? Or something far more sinister? One thing is for certain: these stories will give you shivers. Co-production by Harrogate Theatre, Square Chapel Arts Centre & LittleMighty. Tickets: £19.75

Live Music: Voodoo Room: A Night of Hendrix, Clapton & Cream, Saturday 26 January, 8pm
A stunning power trio featuring some of the UK’s finest musicians who perform an incredible shoe in the true spirit of these legendary superstars. No wigs, no gimmicks – simply great music played by great musicians! Featuring classics such as: Hey Joe, Sunshine of Your Love, Purple Haze, Layla etc. Members of Voodoo Room have recorded and toured with Stevie Winwood, Massive Attack, Arthur Brown, Fish, Thunder and many other high-profile artists. Tickets: £15 advance, £17 on the door

ROH Live: La Traviata Wednesday 30 January, 6.45pm
Richard Eyre’s beautiful production provides the perfect setting for Verdi’s opera about a courtesan who sacrifices all for love. From the thrill of unexpected romance to a heartbreaking reconciliation that comes too late – Verdi’s La Traviata is one of the most popular of all operas. The opera’s wealth of melodies includes the famous Brindisi and the exuberant ‘Sempre libera’ – both showing the lyricism of Italian opera at its most immediately appealing. Estimated duration: 3 hrs 35 min, including two intervals. Sung in Italian with English subtitles. Tickets: £19.75

Event Cinema: NT Live: I’m Not Running, Thursday 31 January, 7pm
I’m Not Running is an explosive new play by David Hare, premiering at the National Theatre. Pauline Gibson has spent her life as a doctor, the inspiring leader of a local health campaign. When she crosses paths with her old boyfriend, a stalwart loyalist in Labour Party politics, she’s faced with an agonising decision. What’s involved in sacrificing your private life and your piece of mind for something more than a single issue? Does she dare? Hare was recently described by The Washington Post as ‘the premiere political dramatist writing in English’. His other work includes Pravda and Skylight. Tickets: £17.50

Fundraising Event: Wine Tasting & Jazz, Friday 1 February, 7.30pm
Calling all wine lovers! You are invited to a fun and light-hearted wine tasting with live music from the Reprobates Dixieland Jazz Band. Everybody brings a bottle of their favourite wine. We hide the label. Everybody tries the wines and gives them a score and at the end of the night, the person who brought the wine with the highest score wins a prize! All proceeds go to support Cranleigh Arts Centre (registered charity 284186) Tickets: £5

Community: Men’s Shed, Every Thursday, 10am to 1pm
Cranleigh Men’s Shed is about social connections and friendship building, sharing skills and knowledge, and a lot of laughter. Part of a national scheme, it is a community project for men to connect, converse and create. The group meet every Thursday in the Arts Centre Pottery room. Free

Community: NEW Craft at Cranleigh, Every Tuesday 10am – 11am
Whether you are an experienced crafter or want to practice something learned in one of our workshops, find a warm welcome and meet likeminded makers at our all-new Craft at Cranleigh drop-in! In the Arts Centre’s Gallery. Free

Community: Knit & Natter, Every Friday 10.30 – 12 noon
Are you nifty with needles or a wonder with wool? Come and knit (or crochet) and natter in our Gallery. All abilities welcome. Bring your own yarn and needles. No booking – just turn up. Free

Exhibition: Women’s Support Centre, New Beginnings, Tuesday 29 January – Saturday 16 February, 10am – 4.30pm
The Women’s Support Centre promotes participation in the arts to women in Surrey prisons and those in contact with the Criminal Justice System. This year’s theme is ‘Hear my Voice’, which celebrates 100 years since the first women were granted the vote in Britain. Free Entry

Back Summer-in-Winter Chicken
Next Begin A New Recipe!
Related Articles
No Comments