Celebrate Cranleigh Literary Festival at your local arts venue! From Tuesday 5 – Saturday 9 March Cranleigh Arts’ programme transforms into a book-lover’s dream, with something for everyone to enjoy. Other highlights for March include improv comedy, family theatre and live music. Whatever brings you through our doors we promise a warm welcome and a good time.

Enjoy a fantastic collection of work created by clients of the The Meath Epilepsy Charity. The aim of The Meath Epilepsy Charity is to enhance the lives of people who have complex epilepsy and related disabilities by ensuring they receive the support, expert care and encouragement required to build confidence, acquire new skills and maximise independence in their daily lives. Free Entry

Live Music: Phil Beer: String Theory
Saturday 2 March, 8pm
Charming, disarming and exceptionally talented, multi- instrumentalist Phil Beer is something of a national treasure on the folk, roots and acoustic scene. One-half of award-winning powerhouse Show of Hands, Beer is equally as in demand for his solo shows. In early 2019 Phil sets out to share some of his most-loved songs at carefully selected venues across the UK. With the odd laugh thrown in for good measure, Beer’s flawless musicianship and rich vocals will leave you wide-eyed and wanting more. Tickets: £16 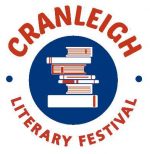 Literary Festival: Literary Festival Launch & Spoken Word Night
Tuesday 5 March, 7.30pm
Join us and celebrate the opening of the Cranleigh Literary Festival 2019! Get a drink, take a seat, hear about all the amazing events taking place. This will be followed by poetry readings from the 1000 Monkeys and Cranleigh Writer’s Group with an open mic for readers from the audience. Free Entry

Literary Festival: Pop-up Book Store
Tuesday 5 March – Saturday 9 March, 10am – 2pm
Daisy White’s pop-up book store is here all week, so come along and have a browse! Stock is sourced from independent publishers, authors, artists and makers creating a vision of literary lusciousness. You can join Daisy for a talk on Saturday 9 March to discover how to get your work published, or how to put together a winning submission package. Free to browse 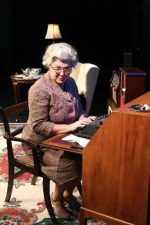 Theatre (Literary Festival): Where is Mrs Christie?
Wednesday 6 March, 7.30pm
In 1926, Agatha Christie was at the centre of a mystery as perplexing as any of her fiction, a series of events which sparked one of the biggest police hunts in history. Her crashed car was discovered in Surrey and the author was missing for eleven days. Did Agatha Christie suffer from amnesia? Was it a publicity stunt? Or was there a darker secret involved in this disappearance? In actor Liz Grand’s new one-woman show ‘Where Is Mrs Christie?’ the answers will be revealed! Performance sponsored by Informed Choice. Tickets: £13.50

Talk (Literary Festival): Am I a Writer?
Thursday 7 March, 7.30pm
Adrienne Dines is an author, speaker and creative writing tutor, who works with preachers, prisoners and other published authors to hone the craft of storytelling. Whether you are a complete beginner or a writer in need of some guidance and support, her very interactive workshops and talks are guaranteed to get you writing!
Tickets: £12 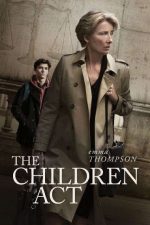 Film: The Children Act (12A)
Thursday 7 March, 8pm
Fiona Maye (Thompson) is an eminent High Court judge, but she has paid a heavy personal price for her workload, and her marriage is at breaking-point. In this moment of personal crisis, Fiona is asked to rule on the case of Adam, a brilliant boy who is refusing the blood transfusion which will save his life. Three months from his 18th birthday and still legally a child, should Fiona force him to live? When Fiona visits Adam in hospital, their meeting has a profound impact on them both. Tickets: £8.25, £7.25 Friends, £5.50 Under 25s

Talks (Literary Festival): Publishing with Daisy White
Saturday 9 March
Join best-selling author and award-winning entrepreneur Daisy White and learn how to get your writing noticed by publishers in one – or both – of these illuminating talks. Daisy will be signing copies of her new book ‘Remember Me’ after both sessions. 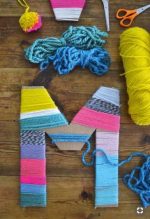 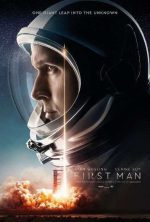 Film: First Man (12A)
Thursday 14 March, 8pm
On the heels of their Academy Award-winning smash, La La Land, director Damien Chazelle and Ryan Gosling reteam. First Man tells the story behind the first manned mission to the moon, focusing on Neil Armstrong and the decade leading to the Apollo 11 flight. A visceral and intimate account, exploring the triumphs and the cost – on Armstrong, his family, his colleagues and the nation – of one of the most dangerous missions in history. Tickets: £8.25, £7.25 Friends, £5.50 Under 25s

Comedy: The Noise Next Door
Friday 15 March, 8pm
The Noise Next Door are the UK’s premier improv comedy troupe who have taken the comedy world by storm. Taking audience suggestions, the cheeky and charming quartet, transform them into fantastically funny scenes and songs in the blink of an eye with a perfect blend of ludicrous characters, witty one-liners, epic stories, and explosive physicality. The Noise Next Door have appeared on BBC One, BBC Three, ITV1, BBC Radio 1 and BBC Radio 4, they were nominated for a Chortle Award in 2014, and have performed alongside Michael McIntyre, Al Murray and Harry Hill.
“Comedy Gold” – The Guardian
“Immaculately well executed” – The Times
“Hilarious… a superior kind of chaos” – The Daily Telegraph
Tickets: £14

Children’s Theatre: Bird’s Nest Billy – The Boy with Three Wishes
Saturday 16 March, 2pm
Bird’s Nest Billy is an adventurous, playful show for 3-7 year olds and their grown-ups. One day when his best big brother is at school and Billy has no-one to play with, a magical bird chirps out of his curly, bird’s nest hair. The bird grants him 3 wishes… Fidget Theatre bring Billy’s fantastical wishes to life using imaginative storytelling, puppetry and playful audience interaction. Approximate duration 1 hour.
“It had lots of parts where we could join in- we could be part of the show too, I loved that because I was an actor too.” – Year 2 pupil
Tickets: £9

Music: American Troubadour Songs with Alistair Sherwood
Saturday 16 March, 8pm
Alistair will entertain you with the inspiring lyrics and melodies of the American Troubadours 1968-1978. Songs from artists as prolific and influential as James Taylor, Bob Dylan, Simon and Garfunkel, Johnny Cash and Kris Kristofferson. “His songs are delivered with genuine conviction and heartfelt emotion” Maverick Music Magazine Tickets: £12.50 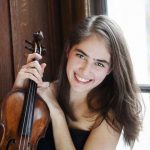 Fundraising Event: Harlequin Chamber Choir
Saturday 30 March, 7.30pm
Come and join Harlequin Chamber Choir as they celebrate the coming of spring. They will bring us a wide variety of beautiful choral music – from ancient to modern, from the serious to the light-hearted – inspired by the many different joys of springtime! This is a fundraising event in aid of Cranleigh Arts (charity no. 284186) and Smart Cranleigh. Tickets: £14

Community: Men’s Shed
Every Thursday, 10am – 1pm
Cranleigh Men’s Shed is about social connections and friendship building, sharing skills and knowledge, and a lot of laughter. Part of a national scheme, it is a community project for men to connect, converse and create. The group meet every Thursday in the Arts Centre Pottery room. Free

Community: Craft at Cranleigh
Every Tuesday 10am – 11am
Whether you are an experienced crafter or want to practice something learned in one of our workshops, find a warm welcome and meet likeminded makers at our all-new Craft at Cranleigh drop-in! In the Arts Centre’s Gallery. Free

Community: Knit & Natter
Every Friday 10.30 – 12 noon
Are you nifty with needles or a wonder with wool? Come and knit (or crochet) and natter in our Gallery. All abilities welcome. Bring your own yarn and needles. No booking – just turn up. Free

Back Cranleigh Amateur Swimming Club – Success in 2019?
Next Spring Into Food
Related Articles
No Comments