Cranleigh Arts reopens their doors this month following a series of renovations, including updated washroom and pottery facilities. The revamp is part of ongoing work to improve their venue and facilities. We hope you enjoy the results! From a film festival to the fabulous family show ‘I Believe in Unicorns’ – not forgetting an evening of stand-up with TV comic, Andy Parsons – there is something for everyone to enjoy at Cranleigh Arts this September. 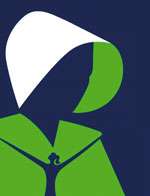 Event Cinema: Margaret Atwood: Live in Cinemas (12A)
Tuesday 10 September, 7.30pm
The publication of the Handmaid’s Tale in 1985 has created a cultural phenomenon, as handmaids have become a symbol of women’s rights and a protest against misogyny and oppression. Live from the London stage, Atwood will be interviewed by broadcaster and author Samira Ahmed in a conversation spanning the length of Atwood’s remarkable career, her diverse rage of works, and why she has returned to her seminal handmaid story, 34 years later. £17.50, £14.50 for under 25s 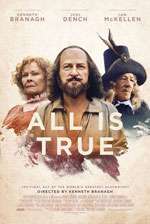 Film: All is True (12A)
Thursday 12 September, 8pm
Shakespeare is acknowledged as the greatest writer of the age. But disaster strikes when his renowned Globe Theatre burns to the ground, and a devastated Shakespeare returns to Stratford, where he must face a troubled past and a neglected family. Starring Kenneth Branagh, Judi Dench and Ian McKellen. £8.25; £7.15 Friends; £5.50 for under 25s 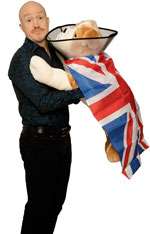 Comedy: Andy Parsons: Work in Progress – Healing the Nation
Friday 13 September, 8pm
Join Andy Parsons as he warms up for his new tour! As seen on Mock the Week, Live at the Apollo, Q.I. etc. – and repeated on Dave.
“Cracking adlibbing…a joke-rich rallying call for a better Britain” – The Guardian
“Coruscating live performer specialising in lacerating topical gags” – The Independent
£13.70 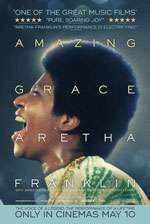 Film Festival – Music on Film: Amazing Grace (U)
Wednesday 18 September, 8pm
Witness Aretha Franklin as you’ve never seen her before. No one who loves music will want to miss Amazing Grace, which is both a revealing look at a key moment in American musical and social history, and an invaluable record of one of America’s greatest artists doing what she did best. “Without a doubt one of the finest music documentaries ever” The Guardian
£8.25; £7.15 Friends; £5.50 for under 25s 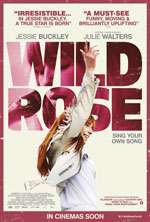 Film Festival – Music on Film: Wild Rose (15)
Thursday 19 September, 8pm
Rose-Lynn Harlan, played by BAFTA Rising Star nominee Jessie Buckley, is bursting with raw talent, charisma and cheek. Fresh out of jail and with two young kids, all she wants is to get out of Glasgow and make it as a country singer in Nashville. “A fiery Glaswegian singer and single mother dreams of Nashville glory in this gritty feelgood feature” The Guardian
£8.25; £7.15 Friends; £5.50 for under 25s 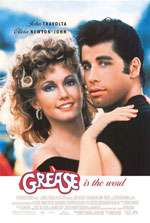 Film Festival – Music on Film: Grease Sing-a-long (PG)
Friday 20 September, 8pm
From the long-running hit Broadway show comes one of the most popular screen musicals of all time. 70’s pop icons John Travolta and Olivia Newton-John join some of Hollywood’s old-time favourite personalities in this valentine to the 1950’s. Danny discovers the object of his “Summer Lovin'” fling Sandy has moved to town and enrolled in his school. Rama-Lama Ding-Dong! £8.25; £7.15 Friends; £5.50 for under 25s 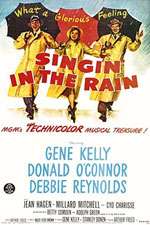 Film Festival – Music on Film: Singin in the Rain (U)
Saturday 21 September, 2pm
“Gotta dance!”; sings star and co-director Gene Kelly. But the imperative of the film’s storyline is gotta talk! Silents are giving way to Talkies – and a hoofer-turned-matinee idol is caught in that bumpy transition, as well as his buddy, prospective ladylove and shrewish co-star in a hilarious Oscar-nominated performance. Singin’ in the Rain is pure singin’, dancin’, laughin’, lovin’, moviewatchin’ joy. £8.25; £7.15 Friends; £5.50 for under 25s 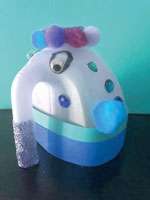 Live Music: Another Funkin’ Disco
Saturday 21 September, 7.30pm
Back by popular demand! International Sounds returns to Cranleigh Arts with another great night of classic funk, soul, northern & disco. Join us for another 4 hours of the best disco music from the 70s & 80s! Please note, booking for this event is through a third party, for full details visit www.internationalsounds.nutickets.com £10 in advance (incl booking fees), £12 on the door

Workshop: 6 Week Pottery Course
Tuesdays 24 September – 29 October, 2pm – 4.30pm
Our six-week pottery courses are aimed at all levels that encourage you to express your creativity in clay! Our beautiful pottery has up-to-date, extensive tools and equipment to help create your masterpieces, whether that be the potter’s wheel or making a wide variety of hand-building techniques. This is a progressive learning environment to discover, develop and improve your skills. A wonderful, responsive and tactile material clay can be transformed in so many ways that it can become addictive! 6 Week Course: £180 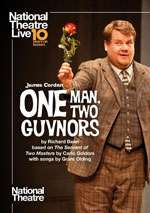 National Theatre Live: One Man, Two Guvnors (12A)
Thursday 26 September, 7pm
Featuring a Tony Award-winning performance from James Corden, the hilarious West End and Broadway hit returns! Fired from his skiffle band, Francis Henshall becomes minder to Roscoe Crabbe, a small time East End hood, now in Brighton to collect £6,000 from his fiancée’s dad. But Roscoe is really his sister Rachel posing as her own dead brother, who’s been killed by her boyfriend Stanley Stubbers. Holed up at The Cricketers’ Arms, the permanently ravenous Francis spots the chance of an extra meal ticket and takes a second job with one Stanley Stubbers, who is hiding from the police and waiting to be re-united with Rachel. To prevent discovery, Francis must keep his two guvnors apart. Simple. £17.50, £14.50 for under 25s

Family Show: I Believe in Unicorns (fundraiser)
Saturday 28 September, 11.30am & 2pm
Olivier Award nominated Wizard Presents brings best-selling children’s author Michael Morpurgo’s treasured story to life. This intimate show is set in a library full of books that hold more than stories within their pages. It is a tale of the power of books, and the bravery of a young boy called Tomas. ‘I Believe in Unicorns’ also includes a ‘book swap’, for which audience members are invited to bring along a favourite children’s book from home to help form part of the stage set at the beginning of the show. Duration 1 hour. Suitable for ages 6+. £12, £10 child, £40 for family of 4 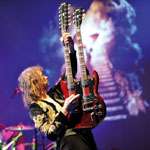 Live Music: Purple Zeppelin
Saturday 28 September, 8pm
Featured in the BBC TV documentary “The Joy of the Guitar Riff”, Purple Zeppelin are proud to pay tribute to the two greatest Rock Bands of all time, Deep Purple and Led Zeppelin! In a full-on two and a half hour show you’ll hear more than 30 classic songs – basically THE BEST BITS, ALL OF THE TIME! Touring for over 10 years and seen by more than 6 million people, live and on TV, Purple Zeppelin are four talented and versatile musicians. With decades of playing between them and thousands of gigs in the UK and overseas, every show is an unforgettable experience. Come and experience the excitement of Deep Purple and Led Zeppelin in one mesmerising show! £18.50