Home » Education » Joy Of Cranleigh – What was happening in Cranleigh in July 1917?
0

Joy Of Cranleigh – What was happening in Cranleigh in July 1917?

After two years’ service in the Royal Army Medical Corps in Gallipoli, Egypt and France, Cranleigh man Rennie Crick was allowed his first leave – ten days’ – in July 1917. He travelled from Hazebrouck in Flanders to England via Boulogne, to reach his parents’ home at the Northampton Boot Stores in the High Street, where the Oxfam shop now is. What were his priorities after such a long absence? Rennie did necessary things like having his eyes tested and visiting the dentist, he went for a walk in the Hascombe hills, and he went to Rushden by train to see his relatives.

Leave always passed too quickly, and was often a bittersweet experience, as captured in the poignant cartoon by Bruce Bairnsfather in the Bystander magazine (pictured below). 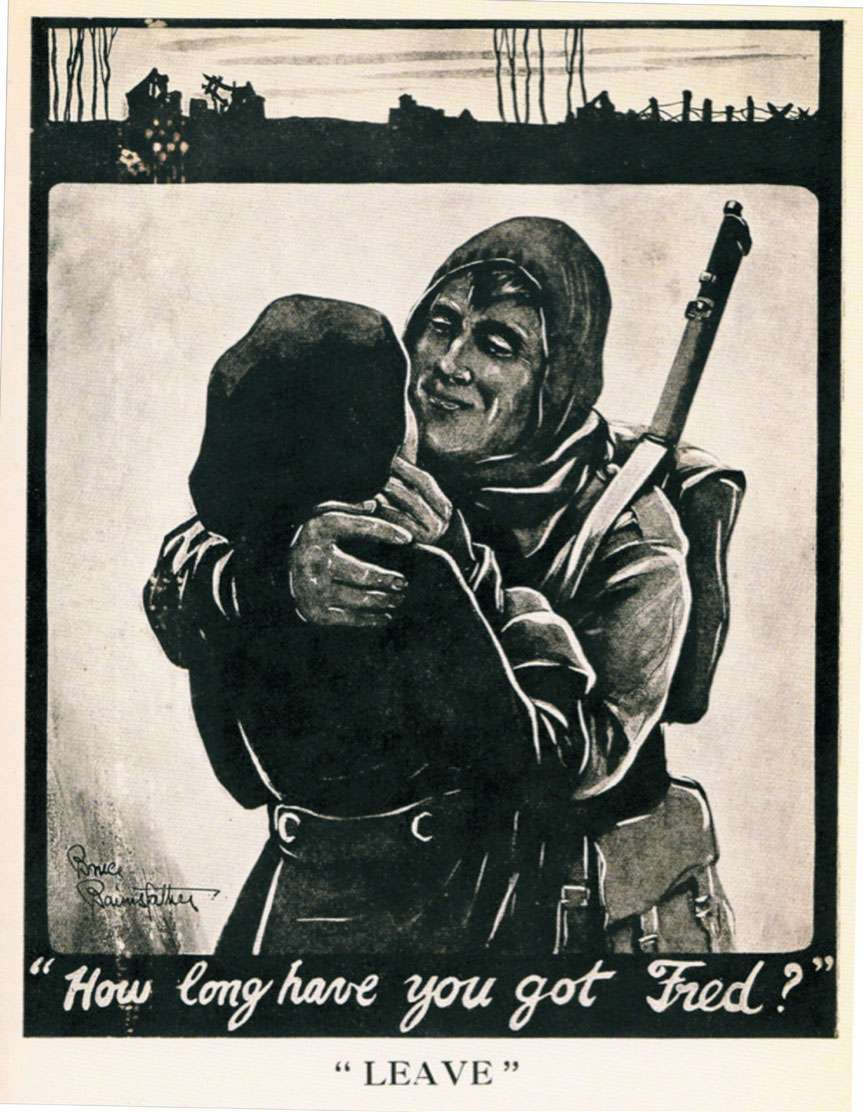 In June, Sir George and Lady Bonham opened Knowle Park for a fête in aid of Oaklands Red Cross Hospital in Knowle Lane, and the band of The Queen’s (Royal West Surrey) Regiment played. One third of Cranleigh men serving in the forces were in The Queen’s, the local regiment. Sir George and Lady Bonham’s son Eric was away fighting in France as a major in the Royal Scots Greys. The picture shows him on a superb horse, ‘Grey Lady’, one of only eight such horses in the Royal Scots Greys to survive the war, despite being painted chestnut or khaki when in action to make them less conspicuous. 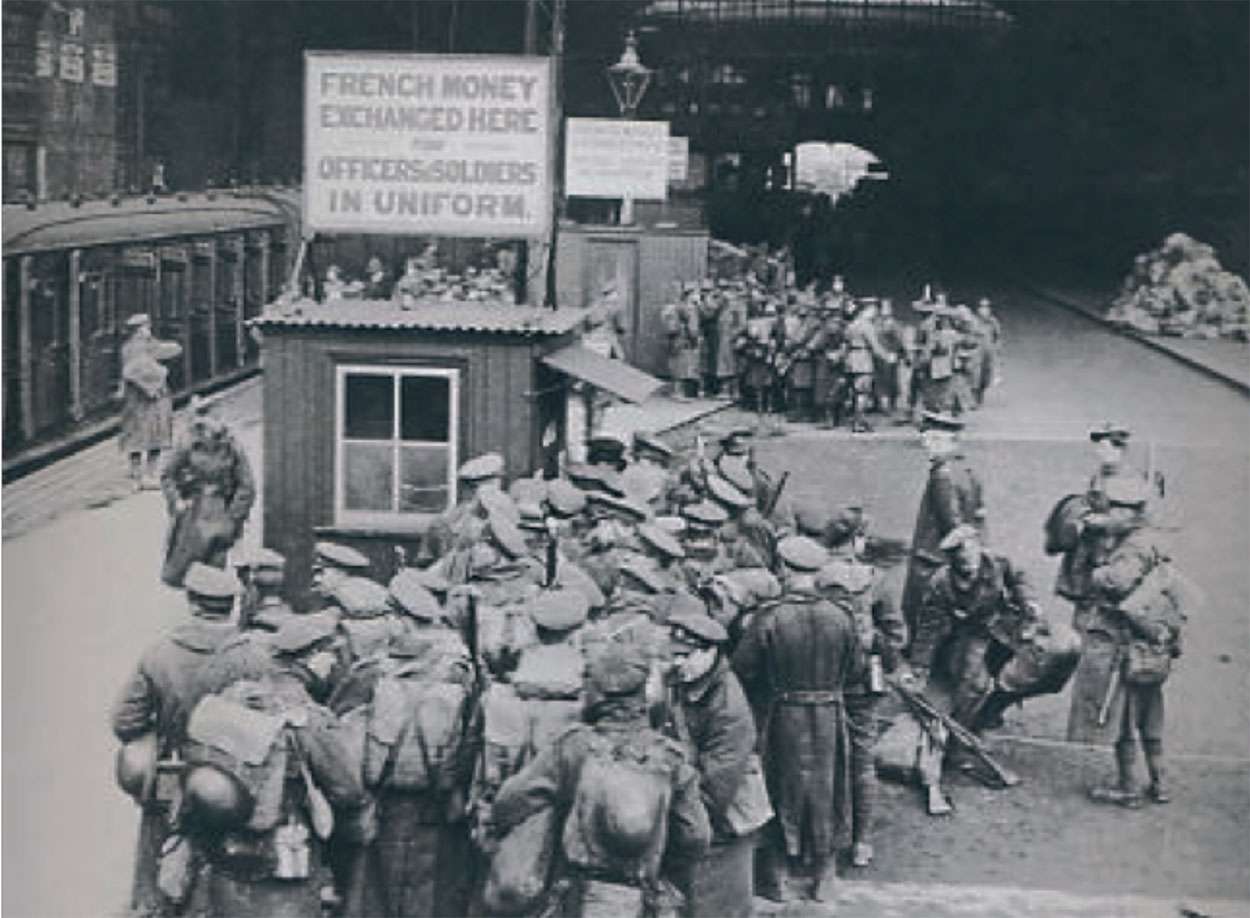 (Pictured Above: Soldiers on leave at Victoria Station in 1917 (photo, Imperial War Museum)

A well-known and popular Cranleigh man died as a result of a war wound in June. Robert Collins was a director of Collins’ grocer’s and butcher’s shop (where Collins’ Court now is). He had been active in village cricket, tennis and football, in local plays and operettas, in the ambulance service and church choir.

He was serving in the 6th Battalion, The Queen’s in France, when he was wounded in the shoulder. The injury was not thought to be life threatening and he was brought back to England to recover, but died in hospital at Norwich, aged 38. As a result, he was buried in Cranleigh. On the day of his funeral, all the shops were closed as a mark of respect. His coffin was carried by wounded soldiers from Oaklands. 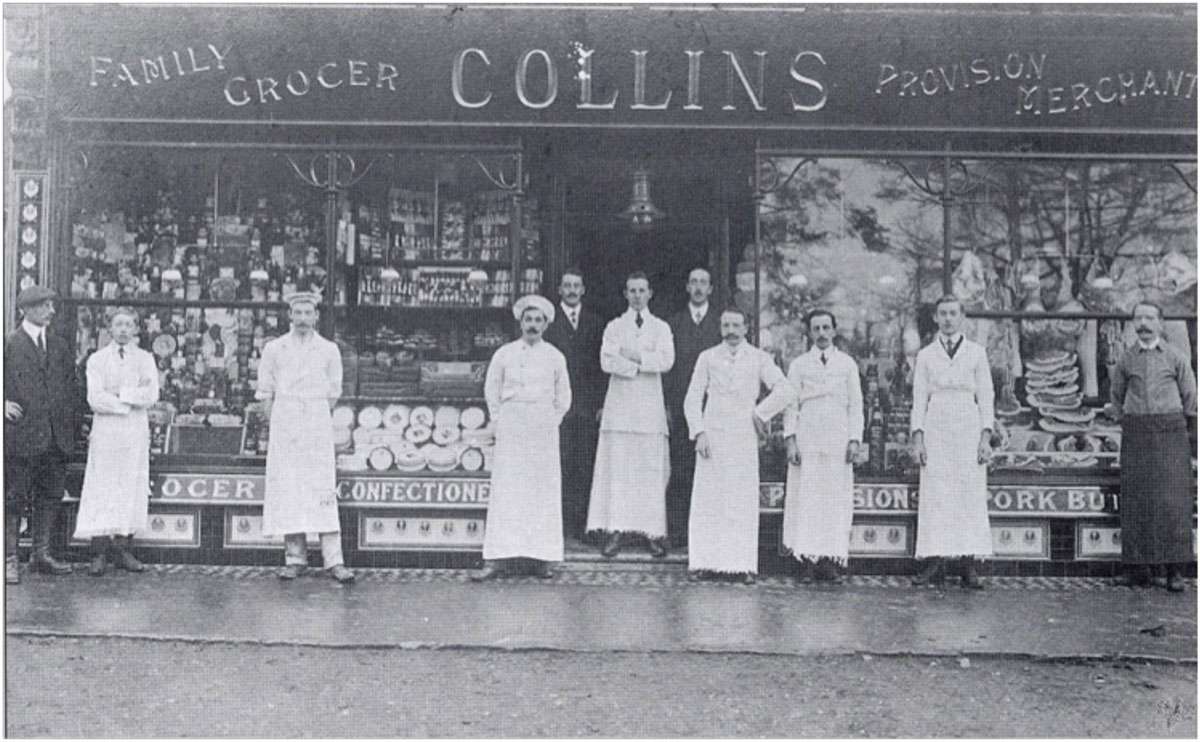 The staff of Collins’ grocer’s and butcher’s shop in 1912. Robert Collins is in the doorway, wearing a suit, on the left. Brother George, on the right, carried on the business

A 19-year-old Cranleigh lad, doing his initial army training at Dovercourt, wrote to his mother, ‘It doesn’t seem hardly true, such a fine strong chap as he was.’ At the village school, the experiment of providing school dinners was proving a success. They had been started two months earlier to prevent children from becoming malnourished in the serious food shortage. Dinners were now being made three days a week at two pence per child. The local War Distress Committee made a grant of £18 to buy crockery and cooking utensils. 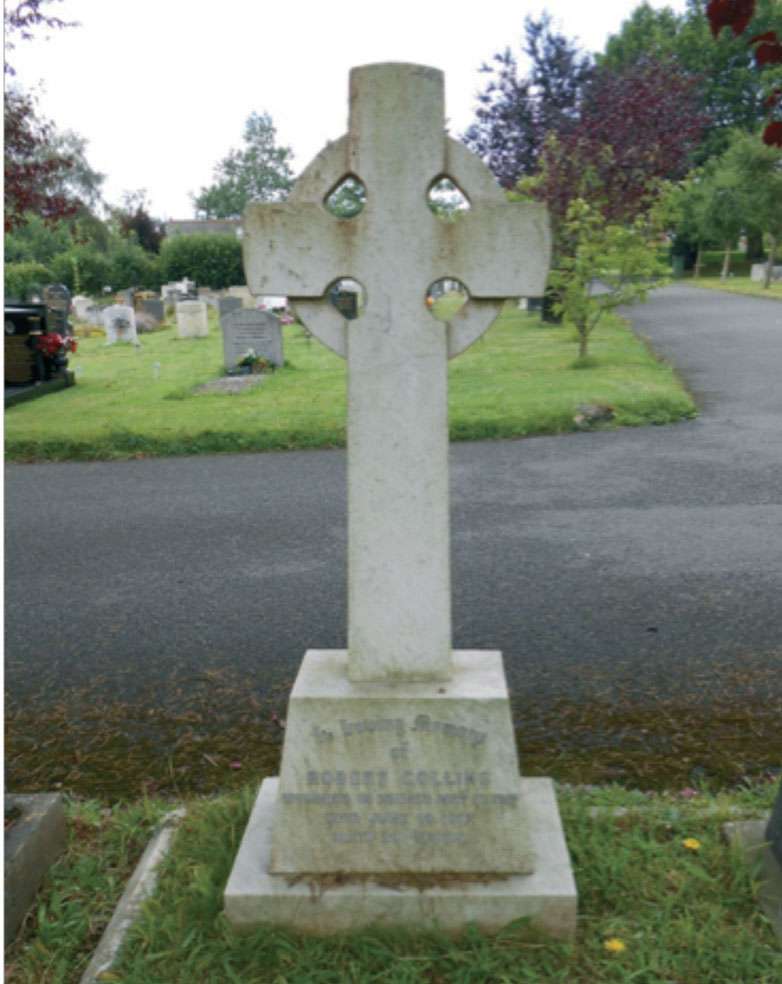 (Pictured Above: The grave of Robert Collins in Cranleigh cemetery)

The Cranleigh History Society meets on the 2nd Thursday of each month. The next meeting will take the form of a guided tour of Shackleford on Thursday July 13th, meeting at the Cyder
House Inn (GU8 6AN) at 2.30pm.