(Pictured Above: A 1957 Chevrolet, full restoration and converted into a Hot Rod)

I was born in London in 1956 and lived in Putney for most of my childhood. When I was young my family didn’t have a car and my dad never had one either so we were restricted to push bikes. I really hadn’t travelled much at all until I got into motorcycles as a teenager, and from there I then learnt to drive which is when I really started going places. 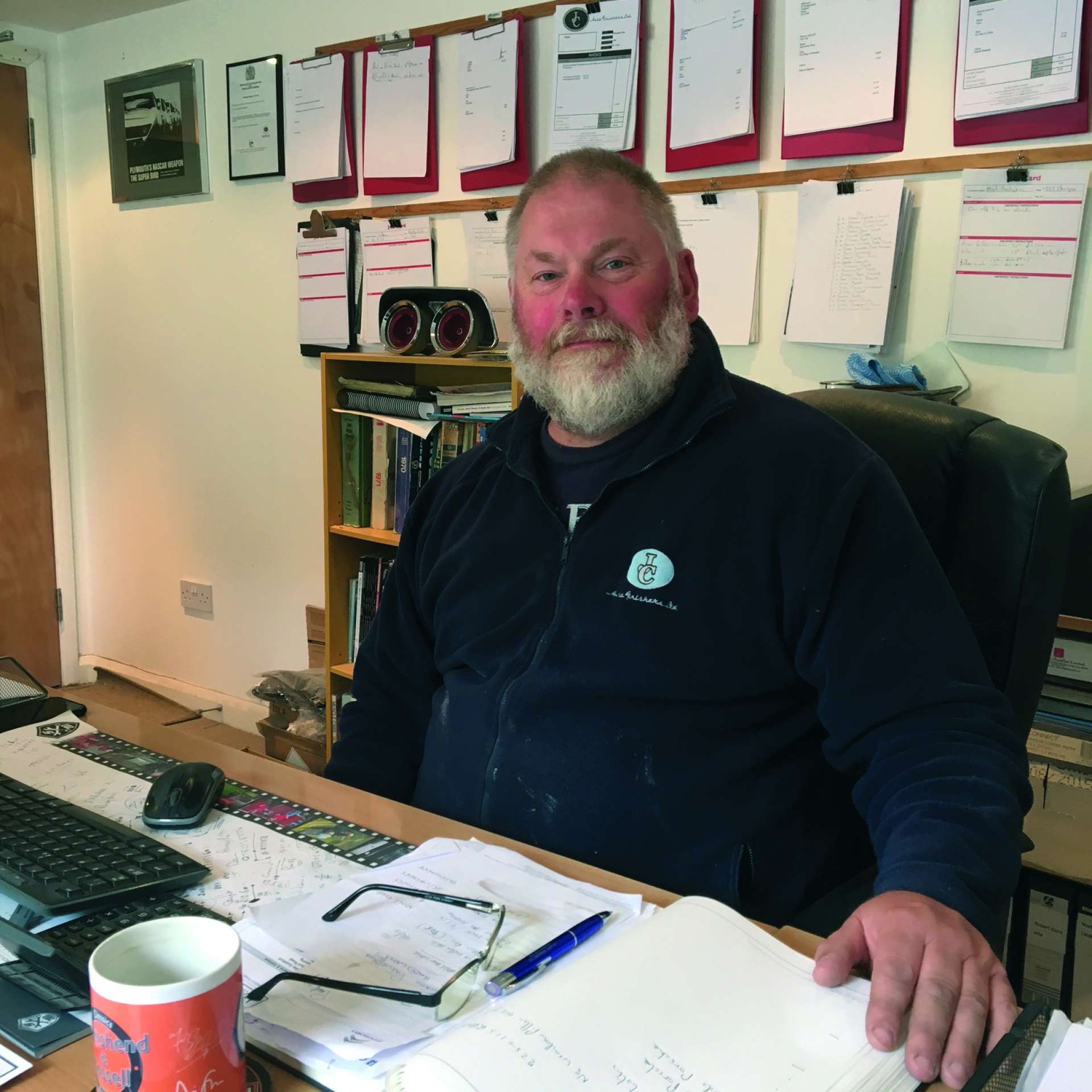 I was always really interested in cars generally for some unknown reason and that interest grew into a hobby as I got older. I remember reading the Custom Car magazines which certainly got me hooked. I managed to put together a custom push bike when I was about 13 and sent off a few photos, all taken on a little instamatic camera as we did in those days, to my amazement it got into the Custom Car show.

I look back on my childhood and we were always pulling bikes to pieces and putting them back together again. I think in those days we were more mechanically minded. I remember we had ‘guiders’ when I was young, the old go-carts which we made from a couple of planks of wood, pram wheels, a ‘steering wheel’ and we were off! I don’t think a lot of the kids of today are as interested in any of that sort of stuff – most of them seem to be interested in computers and computer games. We got our bikes from all sorts of places as they were readily available, often going down to the dump and getting a couple of second-hand bits there, coupled with some more bits and pieces from the second hand shop to adapt and change the bikes.

The customised bike, however, I just happened to find at a Jumble Sale, which were everywhere back then. I think I paid 10p or 20p for this old butcher’s bike with a big frame at the front, which quite interested me. I got it back to my house, took it to the garden shed and started taking it to bits. Initially all I wanted was the frame from it and that’s where the idea came from, to build and create something new. I went down the local bike shop in Putney and bought some components there. I had a little job washing coaches and cutting hedges round and about, which didn’t pay much – peanuts really – but I saved up every penny for parts for the bicycle and in the end I finished it and that’s how it came to be. 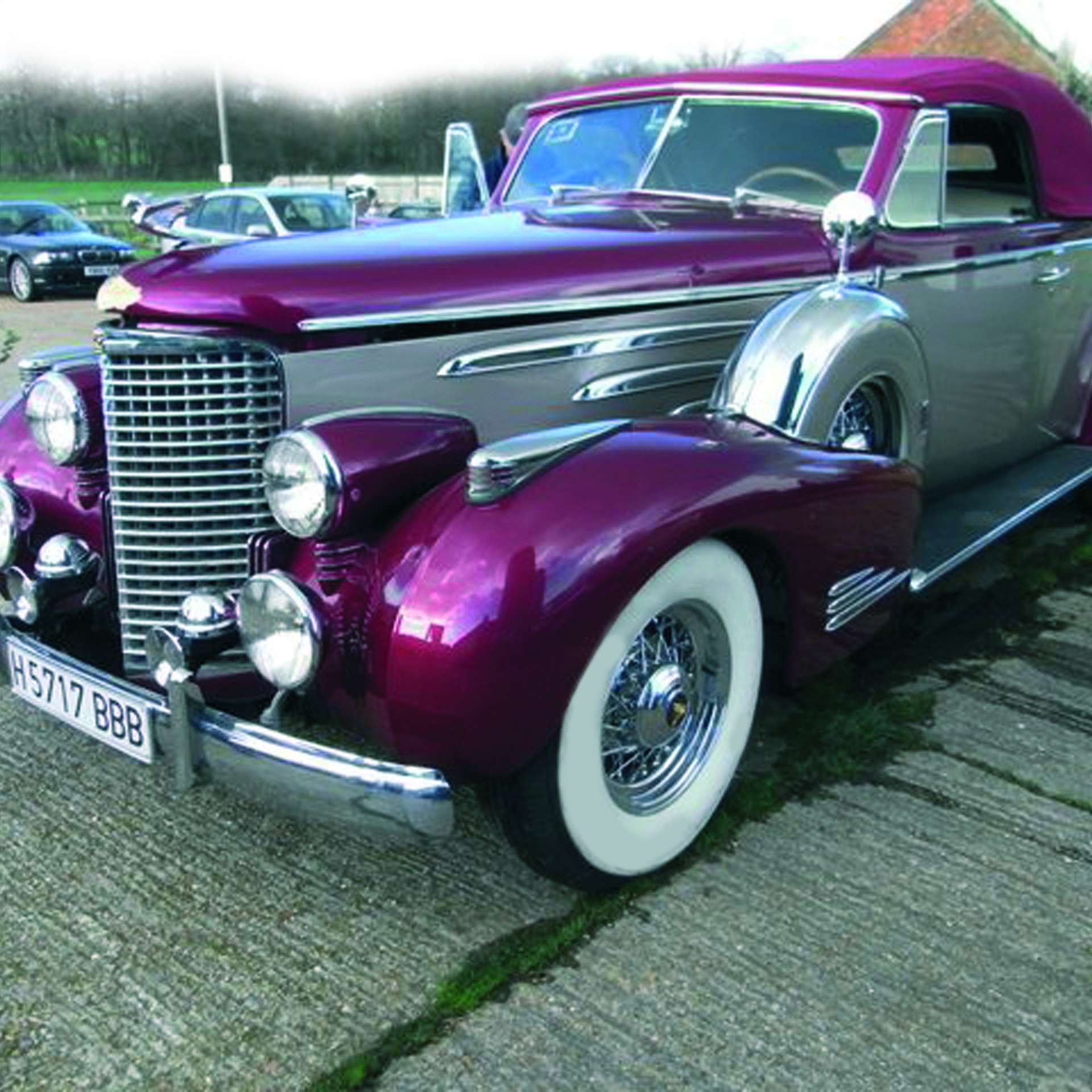 (Pictured Above: A 1938 Cadillac, repairs to the front body)

It was amazing that I built it at only 13 years old – a custom concourse finish with only a spray can! When I sent the photos off to Custom Car they loved it. I did all the mechanical stuff but I couldn’t do the welding as I didn’t have my own welding kit so there was a little local company who completed the welding for me. I planned the whole job for them, being pretty entrepreneurial even at that young age. Sometimes I can’t believe I managed it. I am now aged 61 and I’ve kept up my passion in life ever since. What can I say, I just really enjoy everything about motor cars and bikes, absolutely everything! It was through reading the Custom Car magazines that I discovered the American Car magazines and there was no turning back. The sheer beauty, the power, and the designs are completely different to what we have here in UK. They’re so unique, so stylish, that fell in love with them and now I don’t want to leave them alone. Up until then 15, I had never driven an American car. In those day you left school at 15 and I had to earn money to help my mum and dad make ends meet, as most people did.

I managed to get an apprenticeship in a garage working as trainee car painter, giving all my wages to my mum and then subbing off her during the week. I really enjoyed working there and stayed at the garage for 5 or 6 years before moving onto several other jobs in the same industry. 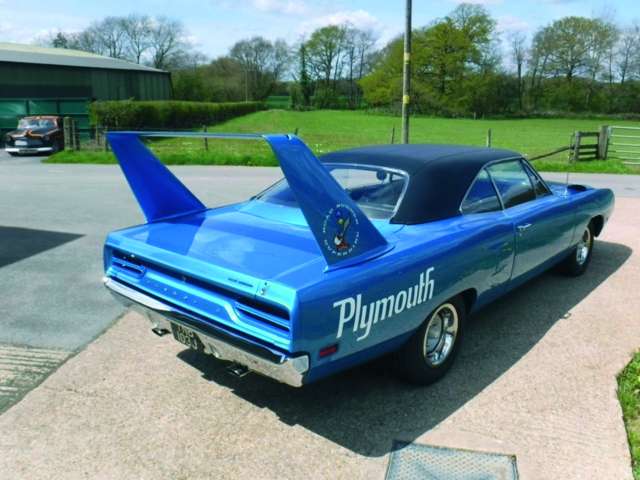 This trade has never been bad to me but I decided later on in life to start my own business. The last job before I started up my business, I’d had for 18 years and the owner always had a few American cars in the workshop, as garages often do. He was quite an American car enthusiast. However, 18 years on I realised nothing more was going to happen for me there. I had a wife, 4 children, a mortgage, and it was tough – I decided I would give it up and look for something else. At this point I was working up in London whilst living in Midhurst, West Sussex. Initially, I found a job in Chichester which I absolutely hated from day one and couldn’t get on there at all. It dawned on me that I was stuck in a rut and it wasn’t what I wanted so I made plans to work for myself and produce the best quality work possible.

That’s how I came to start my business here in Cranleigh. I looked everywhere in the local area for a workshop but I wasn’t having any luck until I met a guy in Petworth who told me about a friend of his who owned most of the land in West Sussex. I rang him but he had nothing for me so he referred me to a mate of his, David Tilley, who he thought might be able to help. This turned out to be on Baynards Farm Estate, near Cranleigh. When I came up to see Baynards, I was just blown away, it was more than I could dream of! I thought I would take a chance on it and agreed to the deal. Looking back I realise David actually believed in me, liking me enough to offer the opportunity and the start I needed when he could easily have said no. He was good to me over the years before he sadly passed away, and his sons took over his role. I’ve been here 13 years now and my business has expanded and done well.

I specialise in a lot of American cars, classic cars, high end cars, and local cars for the locals in the village as well. All in all we have a mixture of everything which makes it my dream job. Of course it’s hard work at times – like all businesses – and It can look better than it is, especially when there are responsibilities and staff to pay every week. However, everyone I’ve got working for me are enthusiasts too and they’ve all got cars of their own, hot rods or American cars. We’ve all got the same passion for cars which I love. 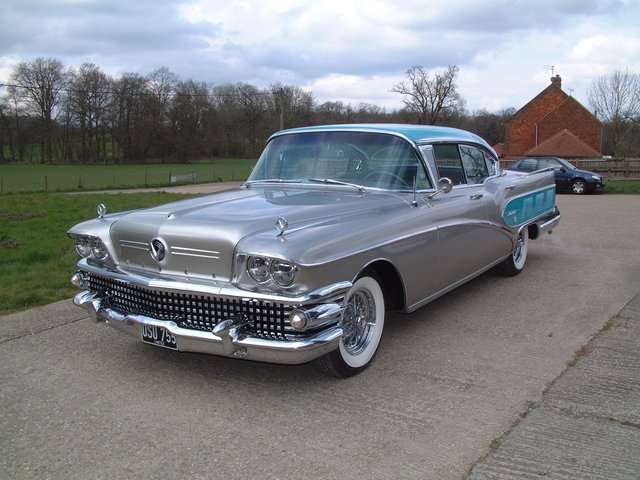 (Pictured Above: A 1958 Buik, all fully restored from bare metal up)

My first experience of a classic American car occurred in my apprentice days, I got to know a guy who had a little painting shop where he did custom work and I started doing a little bit of work for him. He had a big American car, a 1968 Dodge Charger which I’d read about in one of the Hot Rod magazines – I never thought I would ever see one! Back then there weren’t many around – by ‘back then’ I’m talking 1976. Of course I fell in love with it. One night my bike broke down and he lent me the Charger to go home in! I thought wow this is it for me. Once I drove the car through Wandsworth High Street, sort of almost sideways, it really got my heart racing and I was hooked – Having driven it I had to have one myself. My boss helped me buy my very own 1968 Dodge Charger, It was in pretty good condition and he helped me do it up. I drove it for 3 years and the rest is history as it were. I’ve bought a few cars since, a few more Chargers, a Dodge Challenger
and others. They were all quite cheap back in the days and I should have bought a lot more – hindsight is a wonderful thing! I’ve gone through phases, going out and coming back to it, that’s how my life has been.

I had these cars and then mortgages and kids came along, so I would put the cars to one side in the garage -then a few years later I’d come back to it and carry on. The car I’m driving at the moment is a 1970 Plymouth Road Runner Superbird which I’ve completely restored and had for 29 years now. In 1988 I paid £6,300 for it and it was a complete wreck. It seemed a lot of money back then but now it is worth a lot more as it is one of the rarer cars. Fully restored in today’s market, it’s worth around £160,000 – 190,000 which is amazing money. The value reflects the amount of hours worked on a vehicle like that, with well over 1000 hours work done on it – not to mention the parts. I’m not thinking of selling the car -we’ve been to hell and back together. I want to keep it forever and a day because it’s unique. I would say to any young person to build a ‘hobby’, a passion as it can lead you to a job path. I obviously started young, gradually moving forward into the trade I work in today. 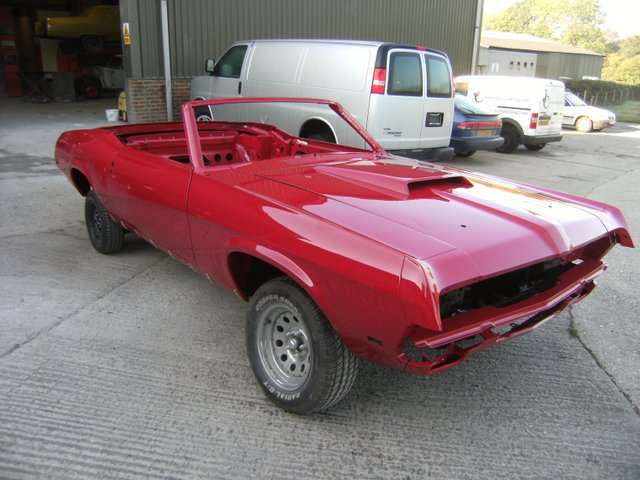 I would encourage young or old to get into these sort of cars – classic and American. They look good and can be rewarding if you spend time on them. The skills of this trade are dying off. It would be nice to get a couple of apprentices in to train them up and pass our skills on to them. A lot of people talk about investments and of course, if you train someone up and invest in them, then that provides them with a skill set. However it starts a passion in them they might buy a car of their own which could become a long-term investment, almost like a pension. This trade and passion for the old classic cars needs to keep going. If we haven’t got people who love them and work on them, they won’t be there for the future. We don’t want them as museum pieces. They need to be driven, enjoyed, loved, and kept on the road.

Back Joy Of Cranleigh – What was happening in Cranleigh in July 1917?
Next Crane Spotter – July 2017 – The Sunset Specialist
Related Articles
No Comments