Home » Education » Joy Of Cranleigh – What was happening in Cranleigh in March 1917?
0

Joy Of Cranleigh – What was happening in Cranleigh in March 1917?

There  was  excitement  among  farmers  this month  when  the  Board  of  Agriculture  allocated a motor tractor to Surrey, in order to improve the production of home-grown food. They watched with great interest as its performance was tested in various parts of  the county. This tractor, with its 25bhp engine, was first tried out with a plough at Stoke Park Farm, Guildford, in the charge of  two soldiers, acting as driver and ploughman. The heavy tractor was not entirely satisfactory on the heavy soil there, and the farmers’ verdict was that a somewhat lighter tractor would be preferable. On lighter soil, it could dig four furrows at once. This was the first use of a motor tractor in Surrey.

The pioneering motor tractor and plough then moved to Mr Boorman’s farm at Send. It was so valuable that it was worked non-stop, twenty-four hours a day, ploughing ten acres in that time. There is no record of what model of tractor it was, but the Fordson and the Saunderson tractors were around in 1917, and give some idea of what it would have been like. Ploughing with horses continued right up to the Second World War, because of the expense of investing in a tractor, but the future clearly lay with it. 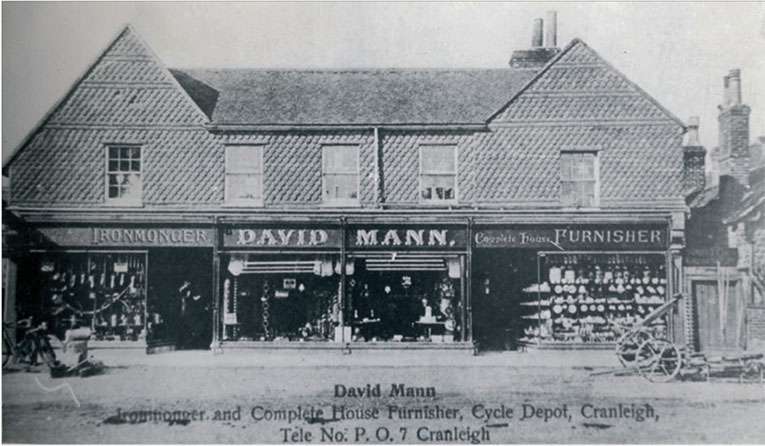 The desperate need to increase food production was on everyone’s mind. The bishop of Winchester declared that people were at liberty to work on Sundays for this purpose, but that they should also go to church. However, if they had a bad conscience about working, they should not do so. The Cranleigh parish council announced that a four-ton truck-load of seed potatoes had been ordered for the parish. Meanwhile, at the Guildford sewage farm, twelve German  prisoners-of-war  started work clearing land for planting potatoes. The men who normally worked there had all enlisted, and only two women were left.

An editorial in the Surrey Advertiser suggested that bakeries and dairies should combine their deliveries to release men for national service. In Kingston, bakers were considering stopping the delivery of bread, pointing out that the price of bread would be less for the customers, if they fetched it from the shop. Cranleigh bakeries and dairies made a feature of their delivery services, with several local dairies making two milk deliveries per day. 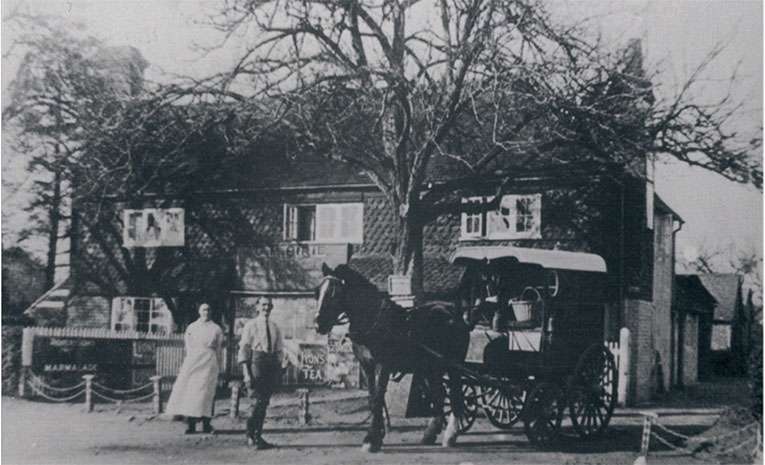 On 20 March, the Hambledon Tribunal had a few Cranleigh men among the cases which it considered for exemption from national service. George Pirie, 38, married, baker at the St Andrew’s Bakery on the Common, was allowed three months before being obliged to join the armed forces. The same was granted to Samuel Mann, ironmonger and house furnisher, director of David Mann’s. However, I have not found evidence that either of them actually served.

News came that Sergeant Tom Warner of the 2nd Queen’s was seriously wounded and dangerously ill, having had his right arm amputated. His home was ‘Hobart’ in Mount Road. As he was a traction engine driver in civilian life, this operation must have raised serious questions as to how he would be employed when he left the army.

The Cranleigh History Society meets on the 2nd Thursday of each month at 8.00pm in the Band Room. The next meeting will be on Thursday March 9th, when Barry Hancock’s subject is ‘The Mullard Space Science Laboratory’’.