‘Some people you meet don’t seem to have any direction or sense of purpose in life, whereas others, when they find it, just take off and soar like a bird!’ . . . writes A. Starling.

Peter grew up in Ewhurst, where he has lived for about twenty six years or so. He grew up in a family home where he was brought up by his mum primarily – with three sisters: two older, Anna and Leona, and one younger, Tamsin.

“I actually got bullied a lot at primary school by a group of my classmates. I struggled with some of the lessons and I had Tourette’s on top of being dyslexic so I ticked a bit. My nerve spasms meant I got picked out from the rest and I became very anxious and stressed. I’d never felt like that before and I remember the bullying started around year 5 and 6, when my dad was on the path to leaving. 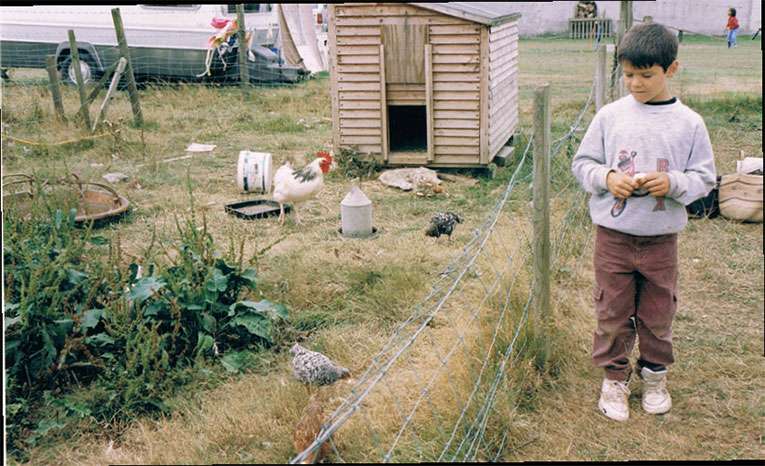 I started working with local gamekeepers and on farms; Murray Butler from Bowles farm invited me to come up and help out with the farm labour – which I loved. My family used to go on a lot of camping holidays when I was younger to the New Forest which is where I got this love for the outside and animals – birds in particular. I’ve loved birds ever since I was young, and I’ve got pictures of me as a lad, chasing chickens around and holding doves and pigeons in Trafalgar square.

After Primary school, I moved onto Glebelands School where I was a student for about two months. It was such a short amount of time because the bullying intensified and I was in a class with people I didn’t know. I was split up from my friends that helped me to be sensible, which had a big impact on me. I didn’t feel that the teachers were fair and I ended up getting a lot of detentions.

The detentions seemed to last forever, and I ended up with my first month of playtime gone. I ended up thinking: “well, if that’s the case, then there’s no point in me coming here” I didn’t enjoy school and all these detentions meant I had no fun at break times. 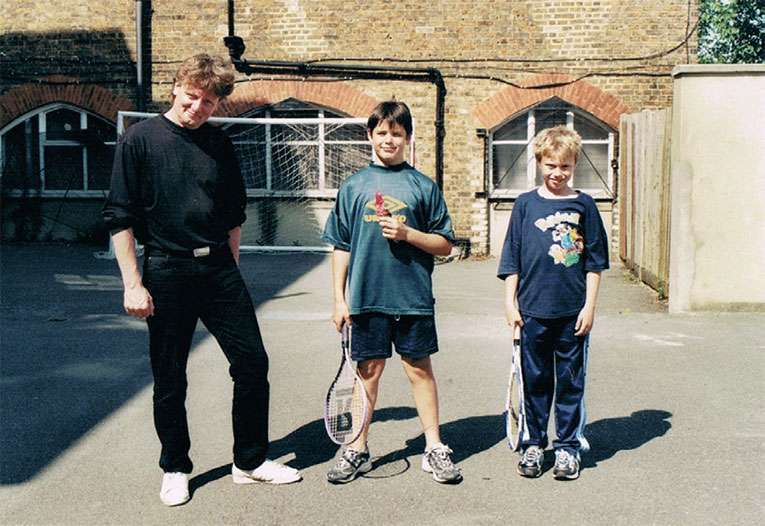 It was at this point that I befriended a jackdaw, when I wasn’t going to school. I fed it for four days and it was eventually eating out of my hand and treating me like its mother. It soon became my pet.

Social services got involved, then eventually the police too. I ended up climbing onto the roof when they came round to get me, throwing tiles at the police cars.

From that point, things just spiralled out of control. I opened myself up to a lot of other things. I ended up staying in a cell overnight which was an experience. 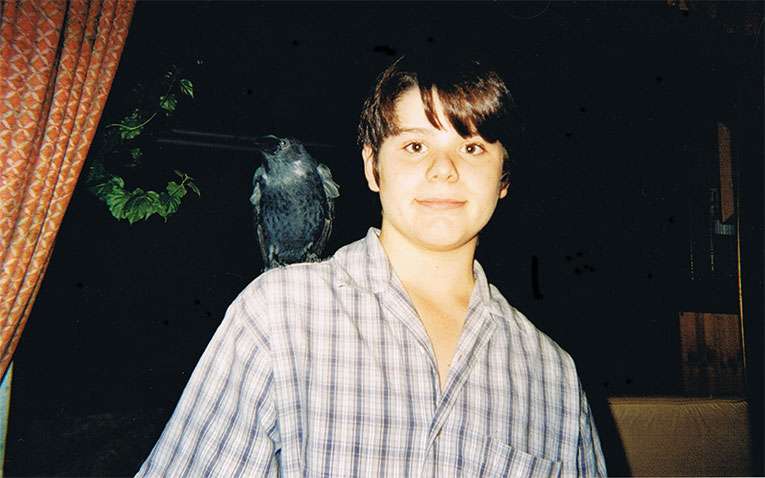 I ended up travelling up to London with my mum to have a meeting with a specialist about my Tourette’s. I remember that the specialist was busy when we arrived and we ended up waiting for four hours. On the third hour, I stormed in – kicked the door open – and yelled “When are you gonna start seeing us? We’ve been sat here for ages and I’ve had enough!”

Turns out she was in a very official, important board meeting with several other doctors and she was quite peeved that I’d burst in like that, telling my mum to “control your child!”

They prescribed Diazepam which I started taking. On the first morning I had a severe reaction to it and was rushed to hospital in an ambulance for treatment.

I was then put on medication that would work well under supervision while I was in care, and placed in a children’s home in Bognor Regis for about six months.  I ended up getting involved with the older children there who encouraged me to steal cars and take drugs with them, so I was transferred to one-to-one care.

When that didn’t work out, I briefly stayed at another boarding school before I was placed in foster care up near Kingston. I remember my mum coming to see me at weekends to pray for me which I found comforting at the time. I hadn’t really found Jesus at that point, and was a pretty difficult child when I was taken to church – I remember cutting seats up at the back, with a pen knife.
I was sent to another children’s home and then to a boarding school before being put back into one-to-one care. By this point I was fed up. I had been through about 10 -13 different places and was then told I would be moved again. I just climbed up a telegraph pole and threatened to jump into the wires. I had a good view of birdworld so I said “Go away, I’m staying here. I’m happy here”.

When they finally got me down, I was taken straight to a high security building for troubled youths – where they took my jackdaw away. I couldn’t even walk out of my own room without a key card and I had to be let out to go to the toilet. I remember being in there when the twin towers went down on September 11th and they let us watch the news unfold on the TV. There were mainly girls in there and I was pretty much the only guy so it was quite lonely.

When they realised I wasn’t suicidal, I was allowed to move on to Stepping Stones – which is a rehabilitation home for children. I was at the point of despair and I had started wondering what life was really about when my mum gave me a children’s bible to read. There’s not much to do when you’re locked in your room all day so I started reading about the miracles that Jesus performed. I was inspired to reach out and pray “if you are there, and you’re real and willing, please change my life – and I promise I’ll live my life in a way to please you.”

I was in the home for at least a year before I was released and came off my medication. I honestly don’t believe it was medication that helped me keep calm as much as the physical activity, and not eating so many sweets! I think people underestimate the effect what you put in your body has on your mental state.

By the time I was released, all my peers were finishing their GCSE’s at the time, so I went back to Mr Butler who gave me a job helping out as a farm hand for about £35 a day. 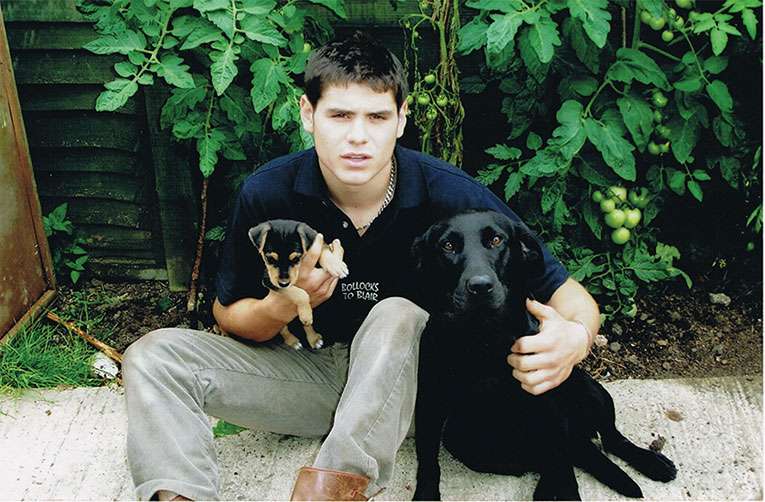 Social Services then helped me get into Merrist Wood where I did a course on countryside management. This was a stepping stone to Sparsholt College in Winchester who specialise in game keeping. It was in Sparsholt that I completed a course in Pest Control, receiving a distinction for my effort. I used this knowledge to combine my farm work during the week with pest control for family and friends at weekends, before realising I was earning more money from my weekend work than I was during the week! I put two and two together and decided to start my own Pest control business, PGH.

At the time I was attending Cranleigh Baptist church where I met Paul Higgins. I told him about my trouble getting PGH off the ground and he suggested the Princes Trust.

My initial application was refused. Once I gave them more details about my situation, I was told they’d be happy to help.

The Trust placed me on business courses and I also started business networking with Paul who picked me up early in the morning and took me to Croydon for these events. I went along about 6 or 7 times, drumming up business before subsequently joining the branch in Cranleigh.

I did so well on the enterprise business course with PGH that I got nominated for the national “Princes Trust celebrate success” RBS Award 2013. The award was based on turnover, business plan, employees, branding, website, growth of the business, and the company ethos. I ended up winning the award, and it was presented to me by Prince Charles. You always think it will never happen to you and I . . . couldn’t believe it. Even my dad was in the audience, he’d taken the train and accompanied my mum and me. You could hear him shout: “YES!” when my name was announced – so it was a happy time for me.

My real motivator was the prayer I made in that children’s home, years before. I felt that I had God behind me, driving me to succeed in something that he wanted me to do.

After a couple of years running the business, I realised that there was a problem in the way that pest controllers were treating honeybees at the time, and I knew that honeybees were on the decline because of this. I decided to niche into environmentally friendly pest control to provide a bee-friendly option, and I started Beegone – a subsidiary of PGH that focuses on bee removal. I have around 9 employees now, including myself. 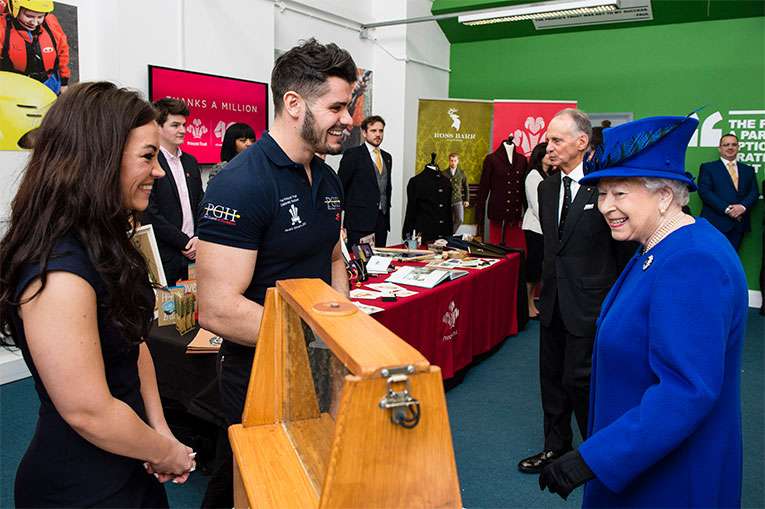 I had the fantastic opportunity to meet the Queen in 2015 when I was invited back for the 40th anniversary of the Princes Trust, and we had a great conversation. I showed her the Queen Bee we had in our display and told her “We’ve got two queens in the room today!”

I am thankful for my faith, to my mum for her prayers, and to God for answering them.

Back Joy Of Cranleigh – What was happening in Cranleigh in March 1917?
Next Crane Spotter – March 2017 – The Jewel In The Crown
Related Articles
No Comments