Philip Scriven is the organist in residence at Cranleigh School. Widely regarded around the world as one of the most talented organists of his generation, Philip combines his job at the school with his post as Principal Conductor of the Darwin Ensemble Chamber Orchestra, and Assistant Conductor and Accompanist of the world-renowned Bach Choir, and a freelance recital career that
takes him to exciting places around the globe like Australia and China.

Originally from Somerset, he was first introduced to music by his father who conducted a brass band. One day he handed the baton to Philip to give him his first taste of conducting, and he caught “the bug” for it. Philip has always been around music, singing in the choir at the church where his father played the organ, while his mother was Principal Cornet of the Women’s Royal Air Force Band.

Philip has often perfomed and played trumpet and organ with his Dad who likewise has a passion for the organ. “He’s my best critic” Philip says. 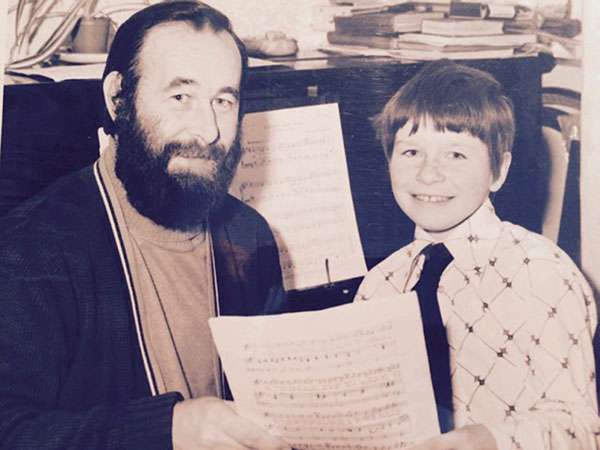 Philip sang in Westminster Abbey’s choir between the ages of 9-13 before his voice broke and he was moved to the organ loft where he turned pages for the resident organist. He used to sneak in 5 minutes before the service was due to start and play a few low notes on the quietest stop so that no one but him could hear. He took pride in being able to say “I’ve played the organ in Westminster Abbey”.

Philip held onto the dream of playing a concert in Notre Dame for 30 years before it finally came true. “It was a revelation” he says. Most pipes are vertical but occasionally you get additional horizontal trumpets like the ones in Notre Dame. He describes the power of this awesome instrument as “being like a 747 taking off just behind you”. “The power of an organ is phenomenal,” he says “it’s like having an orchestra at your fingertips”

When he is asked how he remembers which pedal to push and when, Philips likes to compare playing an organ to “driving a car”. He says instead of looking down, he “feels” for the notes by placing his feet in between the gaps of the black notes (as on a piano), so he knows where each one is. 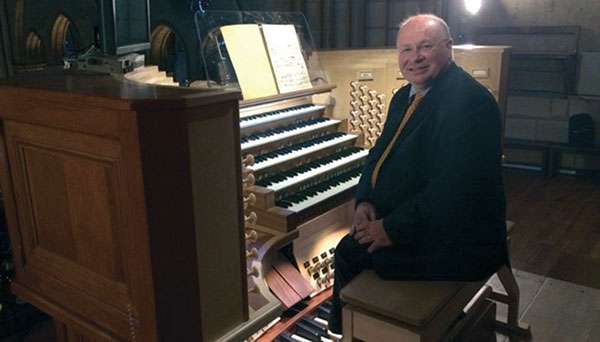 “The organ sometimes gets a bad name,” Philip believes. He said “its church connotations can tend to put some people off”. But during each performance he likes to try and connect with his audience as much as possible despite working with such an “essentially unmusical instrument”. “If you want to create an atmosphere, it’s all dependent on how long you hold the notes for,” he claims.

Philip loves performing live, both locally and around the world. “It’s great to play so many different organs” he says. “No two are the same, and each one has its own character”. Philip believes it’s particularly important to take the name of Cranleigh School, and indeed, Cranleigh, to other countries.

Having trained as a music scholar at Charterhouse, Philip describes taking up his job at Cranleigh School as being like “coming home”. “I adore the area” he said. Much like us, he believes that the place where you live is important, so what better place than Cranleigh to feel at home?

Philip loves his current teaching job, describing his awe of the school: “every time I walk past the chapel, I just can’t believe I work here”. Despite the school’s long history, the organ he plays at isn’t as old as you might think. It was actually donated about six years ago by a former music scholar who was taught here, inspired while he was a student. He still views Cranleigh School fondly. Philip hopes to inspire its current students in the same way. 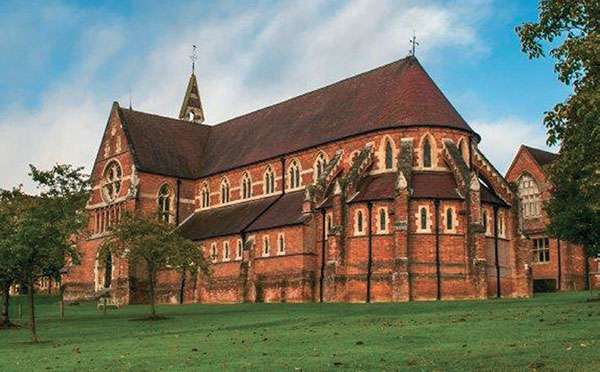 Philip has two daughters, Hannah and Leah, who he also tries to encourage to learn music just as much as his school students. Both daughters are currently learning 2 or 3 instruments
each, and he’s very proud of his “Von Trapp” family ensemble. “There are so many transferrable skills,” he says. “You learn things like timing, teamwork and creativity. Also a lot more maths skills are required than you would think!”

If you would like to attend one of Philip’s free monthly ‘Tuesday lunchtime’ recitals at the school, then please get in touch with the school for details on 01483 542009. Two big TV screens will be present so you can see his hands and feet “feeling” for the notes! Refreshments provided.

Back Blueberry Brunch Clafoutis
Next Crane Spotter – October 2016 – Fancy a Chat? I’m Up For That!
Related Articles
No Comments