Enjoy a fantastic selection of events and activities at Cranleigh Arts this summer! Hear from UCL’s Professor Alan Smith on the 50th anniversary of the moon landing, listen to live music by Blues Award nominee Dan Burnett, and enjoy Shakespeare in the open air. Don’t forget, our gallery tea bar serves a delicious range of drinks and ice creams throughout the day. Whatever brings you through our doors we offer a warm welcome and a good time.

Exhibition: Andrew Kerr & pupils from St. Joseph’s Specialist Trust: End of Residency Exhibition
Tuesday 2 July – Saturday 13 July, 10am – 4.30pm
Andrew will be showing the results of his academic year spent at St. Joseph’s school and college. Andrew and the pupils worked in response to each other, their instincts, and the materials available and have created a mixed media world of strange characters, bold colour and diverse texture both familiar and abstract. FREE ENTRY 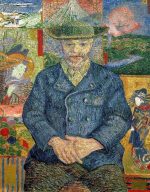 Exhibition on Screen: Van Gogh & Japan
Wednesday 3 July, 7.30pm
“I envy the Japanese” Van Gogh wrote to his brother Theo. In the exhibition on which this film is based – VAN GOGH & JAPAN at the Van Gogh Museum in Amsterdam – one can see why. Though Vincent van Gogh never visited Japan it is the country that had the most profound influence on him and his art. One cannot understand Van Gogh without understanding how Japanese art arrived in Paris in the middle of the 19th century and the profound impact it had on artists like Monet, Degas and, above all, Van Gogh. The film travels not only to France and the Netherlands but also to Japan to further explore the remarkable heritage that so affected Van Gogh and made him the artist we know of today. £13.50 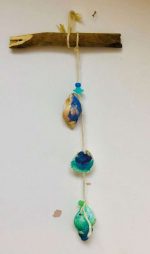 Kids’ Craft: Shell Mobiles
Saturday 6 July, 2pm – 3pm
Take inspiration from the seaside and make a beautiful shell mobile to brighten up any room in this workshop led by local artist Miriana D’Ambrosio. All materials provided. Suitable for ages 5+ £6 per child

Live Music: Cranleigh Community Choir Summer Concert
Thursday 11 July, 8pm
Join the Cranleigh Community Choir for their Summer Show featuring regulars Cranleigh Dance & Theatre Arts and professional and amateur performers in the first half as support for the choir. Great songs this time include “We Will Rock You”; “Without You”; “Rolling in the Deep”; “Dancing Queen” to name a few! A brilliant night out for the whole family – don’t miss it! £8, £6 under 12s 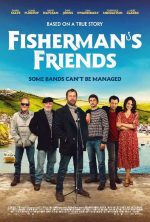 Film: Fisherman’s Friends (12A)
Friday 12 July, 8pm
A chance encounter with a record company exec results in a life-changing offer for a group of Cornish fishermen, in this hilarious and heart-warming British comedy. Fisherman’s Friends is based on the true story of the real-life singing group, who have risen from the tides of Cornwall to conquer the crowds of Glastonbury, while still keeping their day jobs. Featuring an ensemble cast of home-grown talent, including Daniel Mays, Tuppence Middleton, Noel Clarke, and Dave Johns, from the team behind modern classics Kids in Love and Finding Your Feet. £8.25; £7.25 Friends; £5.50 for under 25s 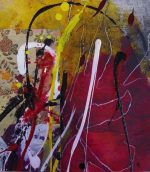 Exhibition: Cranleigh Open Winners Exhibition
Tuesday 16 July – Saturday 27 July, 10am – 4.30pm
A beautiful and diverse exhibition that features work by the winners of the Cranleigh Open Competition 2018. Come and explore the creations of three talented local artists Teresa Allen, Maureen Banfield-Hamlin and Paula Smith, whose winning entries were selected last year by our panel of judges and by public vote. FREE ENTRY 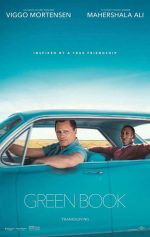 Film: Green Book (12A)
Thursday 18 July, 8pm
Dr Don Shirley (Oscar Winner Mahershala Ali) is a world-class African-American pianist, who is about to embark on a concert tour in the Deep South in 1962. In need of a driver and protection, Shirley recruits Tony Lip (Oscar Nominee Viggo Mortensen), a tough-talking bouncer from an Italian-American neighbourhood in the Bronx. Despite their differences, the two men soon develop an unexpected bond while confronting racism and danger in an era of segregation. 2019 Oscar Winner for Best Picture and Best Original Screenplay. £8.25; £7.25 Friends; £5.50 for under 25s 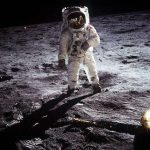 Talk: Apollo 11 on its 50th Anniversary
Saturday 20 July, 7.30pm
Exactly 50 years ago on the 20th July 1969 Neil Armstrong and Buzz Aldrin stepped onto the Moon and changed our place in the cosmos. Apollo has become part of human culture, changed attitudes and inspired generations. This talk will explore the context of President Kennedy’s decision to ‘put a man on the Moon’, describe the peaks and troughs of an extraordinary programme, reflect on Apollo’s legacy and give an update on current and future lunar exploration. This talk will be presented by Professor Alan Smith – Mullard Space Science Laboratory (UCL) £12

Event Cinema: NT Live: The Lehman Trilogy (12A)
Thursday 25 July, 7pm
On a cold September morning in 1844 a young man from Bavaria stands on a New York dockside. Dreaming of a new life in the new world. He is joined by his two brothers and an American epic begins. 163 years later, the firm they establish – Lehman Brothers – spectacularly collapses into bankruptcy, and triggers the largest financial crisis in history. This critically acclaimed and five-time Olivier Award nominated play features stunning set design from Es Devlin (NT Live: Hamlet) and will be broadcast live from London’s West End as part of National Theatre Live’s 10th Birthday season. £17.50

Live Music: Dan Burnett
Friday 26 July, 8pm
Double British Blues Award nominee Dan Burnett was out gigging before he even made it to his teens. Apart from his indisputable prowess as a keyboard player, he also has a voice to die for and is a superb songwriter, writing from life experience and truly from the heart. In addition to his own EPs, Dan is also a library composer for films and TV and his credits include music in the movie ‘Stolen’ with Nicholas Cage and ‘Supernatural’ for US TV. He has gigged extensively in the UK, Europe and USA, and launched his first EP in New York with a solo tour. His latest EP Small World reached no 5 in the IBBA blues airplay charts. He has shared stages with Paul Jones, Aynsley Lister, Matt Schofield and the Nimmo Brothers to name but a few. £10

Event Cinema: Andre Rieu: Shall We Dance?
Saturday 27 July, 7pm & Sunday 28 July, 3pm
For his 2019 Maastricht concert, André is asking Shall We Dance? Performing live from the stunning medieval town square, André is accompanied by his 60-piece Johann Strauss Orchestra, who he has travelled the world with for over 30 years, as well as a cast of over 100 dancers. Andre commented, “I am delighted to welcome fans from across the UK into my hometown of Maastricht, through their cinema screens in 2019! It is a magical way of seeing what for me every year is a wonderful occasion! This year will be extra special – performing the music of my heart: the Waltz.” £17.50 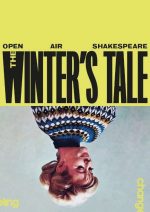 Open Air Shakespeare: The Winter’s Tale
Friday 2 August, 7.30pm
Leontes has everything a man could want, Wealth, power, a family that loves him and friends. But he is not at peace. Inside he harbours a bitter jealousy that drives him to destroy all he holds dear. Many years later, in a distant country, a journey begins that may ultimately heal his pain and reunite his family. With all the crazy antics of Changeling Theatre, beautiful costumes and just hint of …ABBA. The play contains Shakespeare’s most famous but challenging stage direction: ‘Exit, pursued by a bear.’ This performance is held in the Rectory Garden next to St. Nicolas Church, Cranleigh. Blankets, deck chairs and picnics are actively encouraged! £16 adult, £13 under 16s

Community Activity: Craft at Cranleigh
Every Tuesday, 10am – 12 noon
Whether you are an experienced crafter or want to practice something learned in one of our workshops, find a warm welcome and meet likeminded makers at our Craft at Cranleigh drop-in! Free

Community Activity: Knit & Natter
Every Friday 10.30am – 12 noon
Are you nifty with needles or a wonder with wool? Come and knit (or crochet!) and natter with like-minded people in the Gallery and enjoy our latest exhibition at the same time. All abilities welcome, bring your own yarn and needles. No booking necessary – just turn up! Free

Back 5-a-day Burger
Next This Is My Song: The Way That I Work!
Related Articles
No Comments