Home » Education » Joy Of Cranleigh – What was happening in Cranleigh in February 1917?
0

Joy Of Cranleigh – What was happening in Cranleigh in February 1917?

Something memorable did happen in Cranleigh this month. Our ancient windmill, which had been a feature of village life, was taken down.

The windmill had stood for at least 100 years, and had almost certainly replaced an earlier one, as a mill to grind corn was an essential in a village. Ours stood near the Guildford Road crossroads, to the right of Elmbridge Road, just before the present traffic lights. A cluster of buildings surrounded by a hedge is all that remains, though a house called ‘Mill View’ commemorates it. 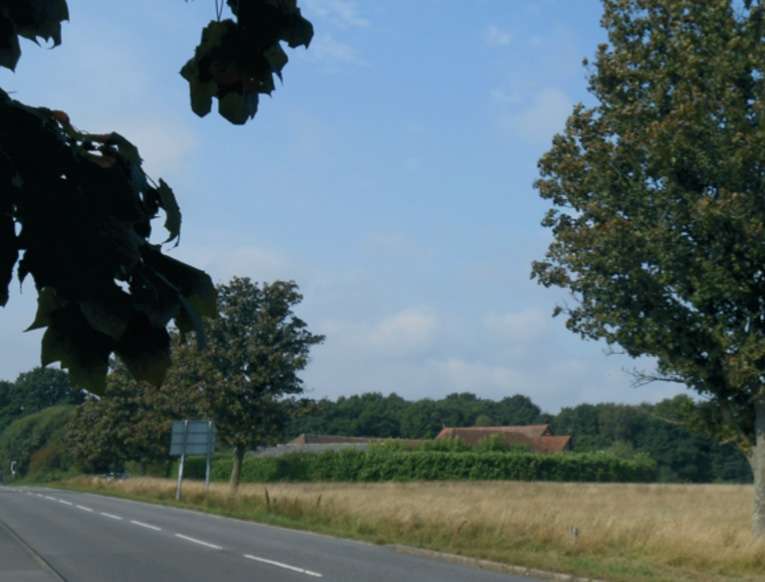 The  windmill had fallen on hard times since the turn of the century. The sails no longer turned, and for a while the mill wheels had been operated by gas turbine engine, by members of the Weller family, who owned the mill. The Surrey Advertiser announced on 18th November 1916 that it was to be taken down because it was unsafe. 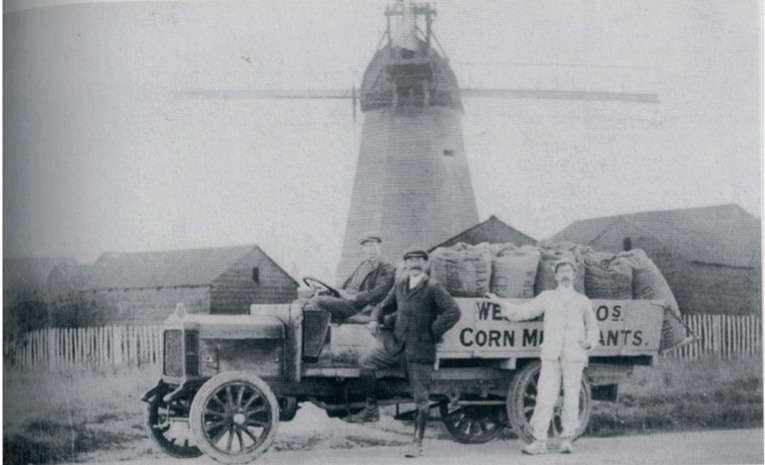 (Above: Cheerful Weller brothers operating the windmill – perhaps around 1910)

The story seems to be that Edmund Davies, an art dealer, of ‘Belwethers’ (behind the Arts Centre), wanted to buy the dilapidated windmill for its timber, and engaged Jabez Nightingale, a secondhand furniture dealer, as his agent. Jabez bought the windmill for £5 and took it down. Some of the timber was allegedly used in the extension of Old Court (also behind the Arts Centre), and descendants of Jabez still possess the enormous key to the windmill. 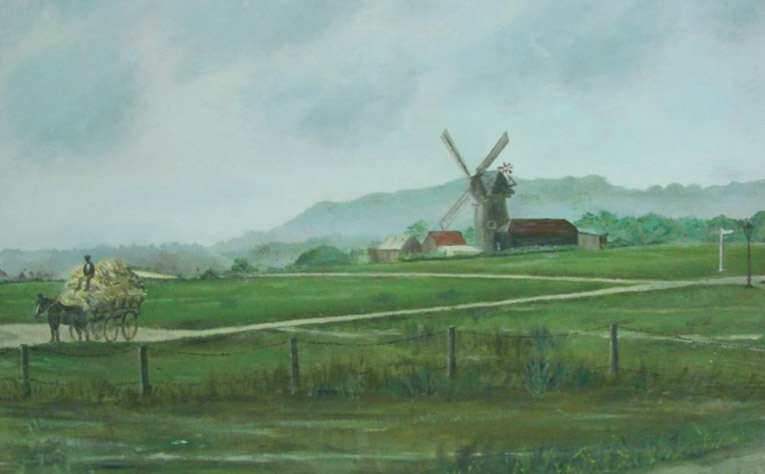 (Above: Painting by Don Nightingale (nephew of Jabez) from a Walter Corin photo)

An old postcard of the Cranleigh windmill has a message on the back, saying ‘they have taken the mill down this week, was not safe’. The card was post-marked February 17th 1917. It is exciting to be able to pinpoint the date of the windmill’s demolition to within a few days. 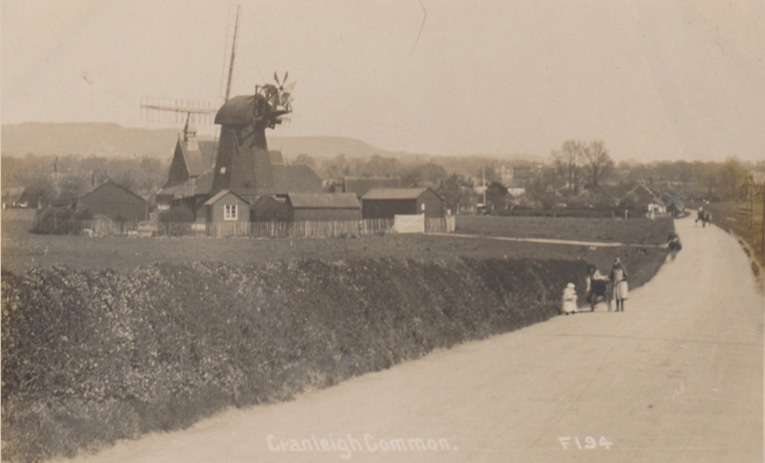 (Above: Card post-marked February 17th 1917 (courtesy of Michael Miller). You can just make out the faint cross marking the ‘cobbler’s cottage’)

It was not difficult to trace the recipients through the 1911 Census. Living at 45 Queen Street, Rushden, Northants were Horace Sanders, 26, a boot clicker, and his wife Frances, also 26, a boot-closing fore-woman. In the house too were Joseph Wadsworth, 71, grandfather of Horace, and his wife Martha, 68.

The Echo referred to is the Rushden Echo, and there was indeed a Sunday postal delivery at 7.00am in Cranleigh, when the paper was received here. Rushden was a centre of boot and shoe-making: Horace’s job as a ‘clicker’ was the highly-skilled one of cutting out the leather – the tools made a clicking sound – while Frances’s job as a boot closer involved sewing the upper part of the shoe.

‘Dad and Mother’ who wrote the postcard were Horace’s parents, George and Elizabeth Sanders, and Elizabeth turned out to be the sister of Charles Crick, proprietor of the boot and shoe shop in Cranleigh, who had come here from Rushden in 1910. The probability is that George Sanders, described as a ‘boot machinist’ in the 1911 Census, was helping his brother-in-law Charles Crick and working in the hut on the Common, which is indeed one minute’s walk from the windmill. We know from an advertisement that Crick owned this building, and after the War his apprentice Charles Croxford worked here, becoming independent around 1926.

The story goes that soldiers returning to Cranleigh after the war were horrified at the disappearance of their windmill. In future, Weller’s bought readyground flour for sale in their shop (now Rania).

The Cranleigh History Society meets on the 2nd Thursday of each month at 8.00pm in the Band Room. The next meeting will be on Thursday February 9th, when Nicci Pugh’s subject is ‘On the Uganda in the Falklands War’.