Home » Education » Joy Of Cranleigh – What was happening in Cranleigh in October 1916?
0

Joy Of Cranleigh – What was happening in Cranleigh in October 1916?

(Pictured Above: Cranleigh’s Post Office in its new position at the corner of Knowle Lane in 1911 (currently Betfred)

In October 1916 Mrs Crick at the Northampton Boot Store (where the Oxfam shop now is) received this greeting card from her son Rennie on the Front in France. Attractive cards of this type,
embroidered on silk, were readily available in France and very popular with British soldiers. Mrs Crick obviously cherished it and kept it safely. 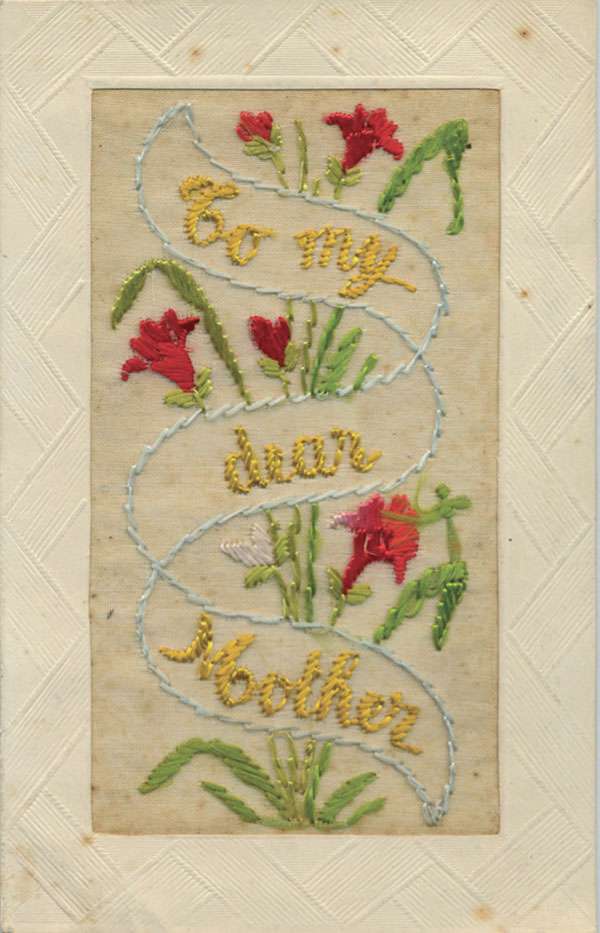 In September, we saw Rennie Crick of the Royal Army Medical Corps coping with huge numbers of casualties during the Battle of the Somme. After this, the 34th Field Ambulance in which he served was marched well back from the front line for some respite. Men would be able to have baths, try to get rid of their lice, deal with their laundry, go to the cinema, play football and strive to put out of their minds the horrors they had witnessed.

Wherever Rennie went, his post from home found him. He would arrive at some out-of-the-way farm-house, and write in his diary, ‘Big parcel waiting for me.’ Often this would be a food parcel to supplement his diet. It is a marvel how the postal service could keep track of the constant movements of thousands of men.

The authorities put a lot of effort into the postal service, knowing what a big effect it had in maintaining morale. Letters posted at the Cranleigh Post Office, just across the road from the Northampton Boot Store, normally took four days to reach Rennie, wherever he was in France.

Once, he broke his glasses, so he posted them home. Back they came, repaired, within ten days! His family had a set of cloth labels made, to use on the frequent parcels. Later, his father even posted some football boots to him – evidently a necessity for a soldier on the Western Front.
Cranleigh Post Office was open for business 8.00am-8.00pm on weekdays and 8.30am-10.00am on Sundays. 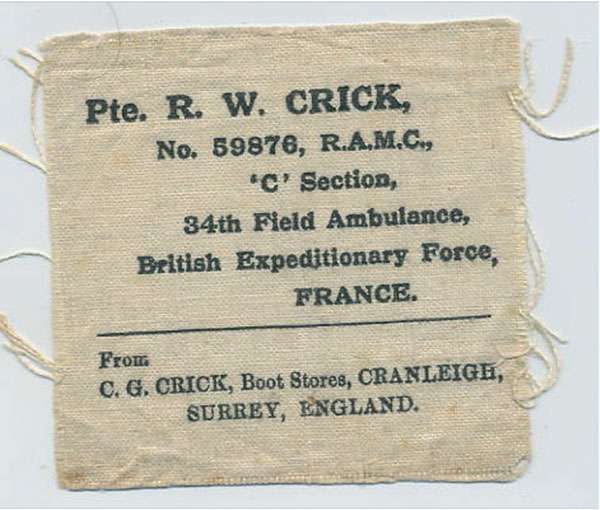 The fifteen post boxes in the district were emptied three times a day, and the postmen
delivered post to homes in Cranleigh three times a day! It was possible for a letter posted in the morning to be delivered in the afternoon to a local address. The Victorian post box in Ewhurst
Road is the same today as was in use in the First World War – except for the times of collection.

The Cranleigh History Society meets on the 2nd Thursday of each month at 8.00pm in the Band Room. The next meeting will be on Thursday 13th October, when Joy Horn will speak on ‘Cranleigh in the Great War’.