P.A.G.N.E. and BIPLANE have agreed to merge their operations. With the same goal in mind, these two organisations both aim to safeguard the rights of people living 14-25 miles west of Gatwick Airport from excessive noise caused by changes to the arrivals flightpath in 2013. The move is designed to create a pressure group that will represent a wider group of communities extending from the Pulborough area across to Ifold, Plaistow, and Loxwood. The decision, unanimously agreed at an Extraordinary General Meeting of PAGNE on 12th July, was taken on the basis that both organisations share common ground in campaigning against noise pollution from aircraft approaching as well as departing Gatwick Airport.

The merger means that the new pressure group will retain the PAGNE acronym but its meaning will change from ‘Pulborough’ to ‘People’ Against Gatwick Noise and Emissions. Atholl Forbes, a resident of Durfold Wood and committee member of BIPLANE, will chair the enlarged pressure group. He replaces Ian Hare, from Mare Hill, Pulborough, who will remain an active member of the PAGNE central committee. In turn, Ian Hare becomes chair of APCAG (Association of Parish Councils Aviation Group), a role vacated by Peter Drummond, who resigned the position following his election as Chairman of Wisborough Green Parish Council. The association represents parish councils across West Sussex. 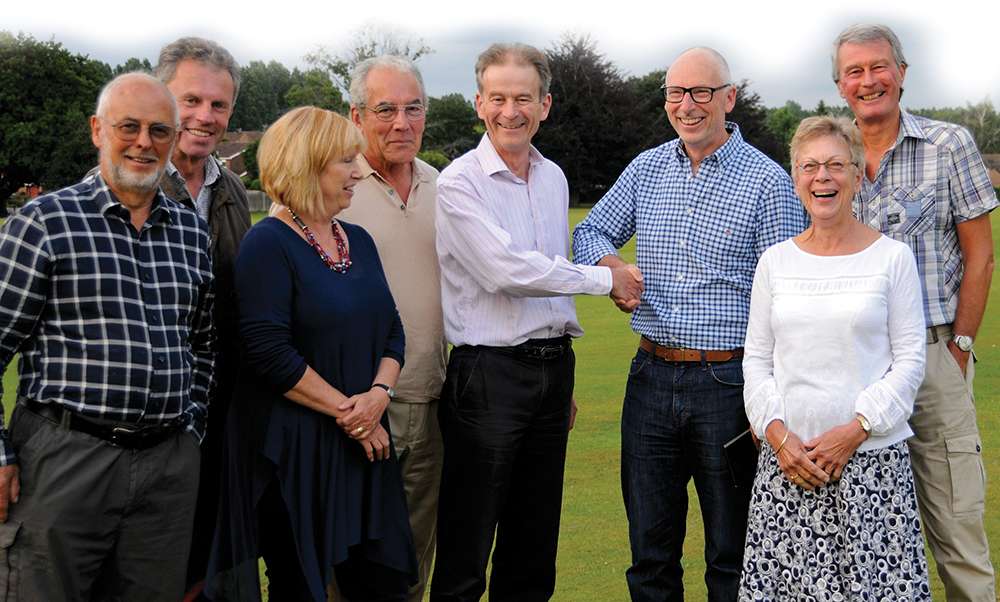 Atholl Forbes and Ian Hare will represent the two organisations on the Noise Management Board, which was formed in early 2016 to ensure that the changes recommended in Gatwick Airport’s Arrival Review are effected. Atholl Forbes, Chair of PAGNE, said: “A great deal has been achieved over the past three years in getting Gatwick Airport, airlines, and organisations that regulate aircraft movements, to recognise the high levels of anxiety caused to local residents in rural areas. Pressuring them to understand that people will not remain silent when the skies above them have
turned into virtual motorways has already been effective but we believe that the new enlarged organisation will be even more successful in ensuring that our voices are heard.

“The key to this is working constructively together on the Noise Management Board with other organisations to the east and west of Gatwick Airport, who share the same ideals and who want to ensure that aircraft noise is fairly dispersed across all our communities.”